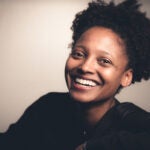 Iuliano ’83, who returned to Harvard in 1994 and has served five presidents, played a vital role in issues ranging from the legal challenge to diversity in the College admissions process to the return of ROTC to campus, the advent of online education, and inclusion and belonging efforts.

“Bob Iuliano is one of the most talented leaders with whom I have ever been privileged to work,” said Harvard President Larry Bacow. “He cares deeply about students and undergraduate education. He is a gifted teacher and a fabulous leader. He also is incredibly decent, principled, and humble. Gettysburg has chosen well.

“Bob has contributed immeasurably to Harvard during his 25-year career here,” Bacow added. “I have come to rely on Bob’s sage advice during my tenure as both a member of the Corporation and now as president. He is not only a great lawyer; he has become a great friend. I, and all of Harvard, will miss him.”

Among Iuliano’s key contributions is his oversight of the University’s legal strategy, most recently in his leadership of Harvard’s response to the lawsuit challenging the College’s consideration of race in admissions.

He was instrumental in bringing back formal recognition of ROTC on campus after a decades-long absence, negotiating agreements with the Army, Navy, and Air Force after the repeal of the federal “Don’t Ask, Don’t Tell” policy on sexuality in 2011. He similarly played a formative role in the 2010 review of Harvard’s governing boards, which resulted in the most significant structural changes there since its founding in the middle of the 17th century. Iuliano also assisted the search committee for Harvard’s 28th and 29th presidents.

He has overseen the University Police Department and has managed a number of University initiatives and committees, including efforts to strengthen Title IX regulations as well as the Presidential Task Force on Inclusion and Belonging.

In 2012, Iuliano partnered with the provost and other academic leaders to help launch edX, Harvard’s transformational online learning partnership with MIT, which grew to support more than 1.6 million registrants in 195 countries only two years after launching. Since then, he has led a review of the University’s relationships and responsibilities with nontraditional and nondegree learners, including its online students.

Drew Faust, Harvard president emerita and Arthur Kingsley Porter University Professor, lauded Iuliano’s commitment to higher education and to Harvard, saying his “wisdom, humaneness, and dedication to the mission of higher education have strengthened Harvard over more than two decades. Congratulations to Gettysburg College for its brilliant selection of this remarkable leader and wonderful human being.”

After Harvard College, Iuliano graduated from the University of Virginia School of Law, where he was editor in chief of the Virginia Law Review. After clerking for Judge Levin H. Campbell of the U.S. Court of Appeals for the First Circuit, he was an associate at the Boston law firm Choate, Hall & Stewart. He served as a federal prosecutor in the U.S. Attorney’s office in Boston before joining Harvard’s Office of the General Counsel in 1994. He has taught courses on higher education and the law as well as contemporary issues in higher education at Harvard’s Graduate School of Education and at the College.

“Nearly 40 years ago, I walked through the gates of Harvard Yard as an 18-year old student, uncertain of who I was and what I wanted from my life,” said Iuliano. “As I leave now, for the second time, I am reminded of how indelibly Harvard has shaped me and how grateful I am to the University. It has been a privilege to have served this remarkable institution for the past 25 years. The work has mattered enormously to me, and I have found deep satisfaction in partnering with the faculty, students, and staff who make Harvard what it is and in helping to advance Harvard’s research and educational mission.”

Iuliano will become Gettysburg’s president on July 1. His unanimous selection by the college’s board of trustees followed a global search for a successor to Janet Morgan Riggs, who last May announced her intention to retire at the end of June.

“At Harvard, Bob has been involved in key decisions the University has made about strategy, policy, and student life. This wide variety of experience at such a remarkable institution, coupled with his passion for teaching and the liberal arts, translates into the type of leader we need at Gettysburg College,” said David Brennan, chair of the college’s trustees. “Bob is insightful, thoughtful, knowledgeable, and inquisitive, and is well-equipped to move Gettysburg College forward.”

“Like Harvard, Gettysburg is infused by its history but has a restless ambition as it looks to its future,” said Iuliano. “I am excited for the opportunity to have a role in shaping that future and ensuring that Gettysburg continues to afford its students an unparalleled educational experience. I leave Harvard to join a community that truly inspires me. I am honored beyond words by the invitation to serve as Gettysburg College’s 15th president. I look forward to taking all I have learned at Harvard and to helping the faculty, students, and staff, in the words of Gettysburg’s motto, to ‘do great work.’”

President Bacow will initiate a search for Iuliano’s replacement in the coming weeks.