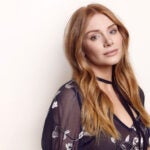 Doing well by doing good can be considered the highest purpose of higher education, and Travis Lovett wants to make sure Harvard students know it’s an option that’s open to everybody.

“We see public service as the fulfillment of the civic purpose of higher education, and we want to highlight as many pathways as we can for students to engage in this work,” said Lovett, director of the Center for Public Interest Careers, and to that end he, the Harvard Alumni Association, and other University partners have planned the eighth annual Public Interested Conference this Saturday at the Science Center.

With a program that includes a keynote address by City Year co-founder Michael Brown ’83, J.D. ’88; a session for alumni led by Archon Fung, Winthrop Laflin McCormack Professor of Citizenship and Self-Government at Harvard Kennedy School; and panel discussions and TED-style talks featuring alumni who work in a variety of public service fields, the conference unites students interested in careers in public service with alumni who have already made that choice.

The Gazette spoke to two of them who will give talks at Public Interested. While they took very different routes to public service, both describe their current work as a “dream job,” underscoring a message they plan to deliver at the conference — there is no one path to doing good.

For Harris, Ph.D. ’92, that path was long and meandering. It began with his grandfather, a Unitarian minister who preached the imperative to demonstrate faith by improving society. Harris struggled, however, with how to go about that. He ultimately chose to follow his mother’s example and study sociology, but it would take him nine years and stints at three schools to finish his undergraduate degree.

During that time Harris held jobs at the Smithsonian Institution’s Research Institute on Immigration and Ethnic Studies and the U.S. Commission on Civil Rights, and those sparked in him an interest in public policy work. When he came to Harvard for graduate school, he continued to work for the commission in a new regional office.

“Working with communities around New England, I was committed to the idea that people on the ground should have a say in what goes on,” he said.

While working on his dissertation, Harris hired on as a fair housing investigator at the U.S. Department of Housing and Urban Development, where he became involved in many significant cases but grew frustrated by internal bureaucracy and politics.

He then became the first executive director of the Fair Housing Center of Greater Boston, which allowed him to combine his interests in fair housing, civil rights, and community outreach. After 10 years there, he met with Harvard Law School Professor Charles Ogletree about the possibility of joining a new institute at Harvard that Ogletree had created to work on race and justice issues.

“It was clear to both of us that it was just a perfect fit. And it has been,” said Harris, who has been the managing director of the Charles Hamilton Houston Institute for Race and Justice since 2006. “It’s given me an ever-larger platform to think about civil rights issues beyond just housing.”

Central to Harris’ work is empowering disadvantaged communities to take action at the local level.

“We have to find a way to make real this notion of ‘We the People’ such that people in communities so long excluded from membership are involved in determining who we are as a nation and what policies we’re going to implement,” Harris said. “In public interest organizations, we have to recognize when to step back and allow the people in those communities to lead.”

Harris is optimistic that this can be achieved because of the alignment among many social movements being led by young people. And he relishes the opportunity to mentor young leaders at Harvard. “It’s the thing that sustains me,” he said.

His advice to students, whether they go into public service or any other field, is the same guidance he has given his 19-year-old son: You don’t have to have life all figured out.

“Don’t ever think that any decision you make permanently forecloses other possibilities,” he said. “Recognize what you care about and use that as your compass. And if you don’t have it yet, that’s okay. It’ll come. You have to find your own pace.”

Addressing climate change has been a guiding principle for Meera Atreya ’09 since she was young.

Growing up in Ann Arbor, where her father, Arvind Atreya, Ph.D. ’83, taught mechanical engineering at the University of Michigan, she was interested in science broadly and sustainability in particular, sometimes donating her allowance to environmental nonprofits.

Atreya said “Climate Change: State of Knowledge,” a 1997 report by the U.S. Office of Science and Technology Policy, opened her eyes to the threat of global warming. While she can’t recall how the government report ended up in her bedroom or exactly when she read it (it was published when she was 10), she will never forget the effect it had on her.

“It explained in quite simple terms and diagrams what we were doing to our planet and what we could do to prevent climate change,” she said. “It shook me a little bit. It was like, ‘Hey, we need to wake up to this!’”

Compelled to take action, Atreya started close to home, advocating for more efficient lighting and improved recycling in her high school. At Harvard, she continued to encourage her peers to live more sustainably, serving as a Kirkland House rep for the undergraduate Resource Efficiency Program.

Atreya took advantage of every opportunity to explore her fascination with science, enrolling in electives such as “Energy, Technology, and the Environment” and “Atmospheric Chemistry” and concentrating in chemical and physical biology. Outside of class, she did lab research with Professor David Liu and then-graduate student Kevin Esvelt, Ph.D. ’10, now a professor at the MIT Media Lab, ultimately winning a Thomas T. Hoopes Prize for her undergraduate thesis on developing a gene therapy to prevent HIV infection.

Buoyed by her research experience at Harvard, Atreya went on to earn her doctorate at the University of California, Berkeley, where she earned a National Science Foundation fellowship to support her work on biofuels. After several years in academia, she decided to try something different, hopping the pond to take a management consulting job in London. Last summer, as a McKinsey & Company Global Social Responsibility Fellow, she helped drive the firm to become carbon-neutral and commit to purchase 100 percent renewable electricity in all its offices.

Atreya recently left McKinsey to join SYSTEMIQ in London, where she is helping implement the Paris climate agreement and the U.N.’s Sustainable Development Goals. Her current project is focused on mitigating plastic pollution in the world’s oceans.

Looking back, she credits Esvelt and Liu’s mentorship for raising her ambitions.

“It gave me confidence that I could tackle an issue as big as preventing people from getting HIV, or dealing with millions of tons of plastic garbage flowing into the oceans,” she said. “These things are unbelievably complex, but I enjoy that complexity. It’s a pleasure to spend my days being intellectually challenged by a goal that is important, urgent, and completely aligned with my priorities and values.”

In her talk at Public Interested, Atreya plans to highlight her own varied work history as proof that you don’t have to work for a nonprofit to do public service.

“I absolutely support and encourage pursuing a career in the public service sector, but I want students to know that it’s possible to work toward social good in many different ways,” she said. “If your passion is your central guiding force, then you will find ways to contribute to a better society.”

The Public Interested Conference will take place on Saturday. Registration is required for both students and alumni.