Sampling the city around you 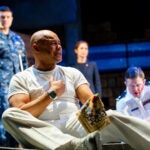 With the new year and new semester comes a host of just-announced arts and music events around town. There are no guarantees that your studies or work will go better if you take time out to investigate, but it surely won’t hurt, and will make your Boston area experience richer.

Let’s start off with the hot-ticket events. Music’s longest-running soap opera, Fleetwood Mac, made headlines again last year when it abruptly sacked guitarist and vocalist Lindsey Buckingham, whose relationship with long-ago-ex-romantic partner Stevie Nicks has always been dicey. The band replaced him with two heavy hitters in ex-Crowded House frontman Neil Finn and guitarist Mike Campbell, formerly lead guitarist and second banana in Tom Petty’s Heartbreakers. Based on recent tapes (don’t ask where we found them), the result sounds good, mixing C.H. and Petty songs (Nicks gets to sing “Free Fallin’”) with the obligatory hits and Buckingham songs like “Go Your Own Way.” The tour hits the Garden on March 31 and April 2. (For his part, Buckingham played a fine show at the tiny Wilbur Theatre in December.)

Then there’s the greatest (maybe) and most expensive (definitely) rock band in the world, the Rolling Stones, who are hitting the road again and playing Gillette Stadium on June 8. Considering these guys were the butt of old-age jokes 30 years ago, you have to hand it to them for still looking and sounding just like the Stones. Mick Jagger is still prancing about like a man one-third his age, and Keith Richards is, amazingly enough, still alive.

If there were any justice in the world, Bob Mould would be playing to crowds just as big. As leader of the seminal bands Hüsker Dü and Sugar, he created a sound that was intense both sonically and emotionally; you can hear it echoed by big-timers like Pearl Jam and Foo Fighters today. Meanwhile Mould is still playing impassioned shows in small clubs, the latest of which happens at the Paradise on Feb. 16. And yes, he’s a bit happier nowadays; the title of his new album, “Sunshine Rock,” is not (completely) ironic.

Otherwise, the club scene is full of options. You like sexy modern electropop? Swedish sensation Robyn is at the House of Blues March 11. You like funky jam bands? One of New Orleans’ finest, Galactic, hits that club Feb. 7. You like older guys who write songs for the ages? Get yourself to City Winery on the nights when Steve Earle does his winter residency (including Jan. 23 and Feb. 10) or on May 11, when New Wave survivor Graham Parker — the guy who made a masterpiece called “Squeezing Out Sparks” in ’79 — comes back to town. And the Paradise once again rolls out the Red Sox-associated charity show “Hot Stove Cool Music” on Feb. 2. The guest sets have ranged from sublime (Eddie Vedder in 2017) to ridiculous (pundit Joe Scarborough doing blues-rock last year), but this year has an all-star local lineup with favorites Buffalo Tom, Tanya Donelly, and ex-Letters to Cleo singer Kay Hanley.

The work of Mexican artist Frida Kahlo has been a presence at the Museum of Fine Arts (MFA) for a few years now; in 2016 the museum acquired one of her major pieces, “Dos Mujeres,” whose heroic depiction of two working women evinced her feminism and political sympathies. Soon afterward the MFA used that piece as the jumping-off point for an overview of Mexican modernism, called “Kahlo and Her Circle.” On Feb. 27 the MFA debuts “Frida Kahlo and Arte Popular,” collecting her work from museums across the country. The exhibit focuses on her absorbing folk-art elements of decorated ceramics, embroidered textiles, papier-mâché effigies, and devotional paintings into a now-iconic style.

A modern artist who also works in unique media, the Vancouver-based sculptor Liz Magor opens her first East Coast show at the Carpenter Center for the Visual Art this month. Magor is fascinated by the relationships between physical objects, and what they can reveal about human relations and social concerns. Her main choice of material is transparent mylar, which she cuts, folds, and arranges around cigarettes, liquor bottles, and other found objects, allowing the effect of her pieces to change as the materials deteriorate over time. The show, “BLOWOUT,” runs from Jan. 31‒March 24.

The Harvard Art Museums will host the show “The Bauhaus and Harvard,” celebrating the centennial of the founding of the Bauhaus movement in Germany. The exhibition will include nearly 200 works by 74 artists, most from the Busch-Reisinger Museum’s extensive collection. It runs from Feb. 8‒July 28.

A Broadway sensation returning to Boston is “Once,” the Irish-rooted musical that’s been racking up Tonys since it hit the city in 2012. (Its co-writer Glen Hansard used to play Boston clubs in the ’90s with his band the Frames.) The inspirational plot extols the virtues of dreams, determination, and indie rock, with the hero working out his relationship issues through a few heartfelt tunes that ultimately earn his band a record deal — somehow he never gets around to posting the songs on YouTube like folks do nowadays. The show is at the Boston Center for the Arts March 1‒30.

Last year at this time we were teasing the much-hyped Boston opening of the show “Hamilton,” so it’s poetic justice that this year we’re teasing “Spamilton: An American Parody.” We can’t promise the show is any good, only that it practically demands to exist. Since it was written by Boston-born humorist Gerard Alessandrini (also behind “Forbidden Broadway”), you can expect a night of glorious cheap shots, and the song titles (“Straight Guy’s Winter Prom,” “Lin-Manuel’s Quest”) promise nothing less. It opens Feb. 12 at the Boston Center for the Arts.

A recently acclaimed trio of shows is hitting town for those who prefer their theater on the more serious side. “A Doll’s House, Part 2” is a newly written sequel to the 1879 Ibsen play, picking up when the heroine, Nora, returns to the family she abandoned 15 years earlier. From there the play is a decidedly modern take on family and gender issues. Having wrapped up its Broadway run in January, the show runs through Feb. 3 at the Huntington Avenue Theatre. Running through Feb. 2 is “Small Mouth Sounds,” an unorthodox comedy in which six characters meet at a wellness retreat. Dialogue is minimal, the backstories are never spelled out, and the jokes are many but subtle. Between the laughs, you’re invited to ponder the same issues that bedevil the characters. At Boston Center for the Arts.

At the American Repertory Theater, director Bill Rauch brings Shakespeare’s timeless tragedy “Othello” back to life through Feb. 9. Rauch is no stranger to the A.R.T., where he previously staged “All the Way,” which went on to a successful Broadway run. Also at the A.R.T. in late winter and spring are the world premieres of the play “Endlings” and the musical “We Live in Cairo.”