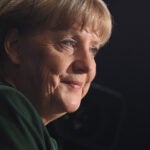 At a Meeting of the Faculty of Arts and Sciences on December 4, 2018, the following tribute to the life and service of the late Warner Bement Berthoff was placed upon the permanent records of the Faculty.

The Henry B. and Anne M. Cabot Professor of English and American Literature, Emeritus, Warner Berthoff was born in Oberlin, Ohio, the son of Nathaniel and Helen (née Tappan) Berthoff. After graduating from the Hotchkiss School in 1943, he entered Harvard College. He enlisted in the Navy’s officer training program and interrupted his education to attend Midshipman School in New York and serve in Okinawa, Japan, 1945–46. He returned to Harvard, where he received his bachelor’s degree magna cum laude in 1947 and his doctorate (on the GI bill) in 1954, with the dissertation “The Literary Career of Charles Brockden Brown.” He met Ann Rhys Evans in a Harvard-Radcliffe graduate class in 1948; they were married in 1949.

From 1951 to 1967 he taught at Bryn Mawr College and became a leading historian of American literature. Literature “draws its prime motives from deep within the common culture,” he argued, “but it never speaks for the totality of that culture.” Two major books established his stature: “The Example of Melville” ([1962] 1972), one of the most astute and influential studies of his narrative art in the first major wave of Melville studies that began after World War II, and “The Ferment of Realism” ([1965] 1981), a pioneer attempt to map the contours of an entire era that became a vade mecum for subsequent generations. Both books are still cited and discussed.

In 1967 Berthoff joined the Harvard faculty as Professor of English and taught courses on major American writers from Herman Melville to Henry James. In 1981 he became an Associate of Adams House and kept the affiliation honorarily after his retirement in 1990.

During his Harvard years he was a most active scholar, publishing numerous books and essays. In “Hart Crane, a Re-Introduction” (1989), he questioned attempts at finding organic unity: “the final organization and sequence of ‘The Bridge’ are in some considerable measure accidental,” yet one could still judge the poem’s achievement. Although identified as an Americanist, he possessed a broad and catholic grasp of letters and was exceptionally well read in modern European literature. He was not a specialist’s specialist or a generalist’s generalist but a rare, special kind of generalist. He partially borrowed the title of “A Literature without Qualities” (1979), a study of mid- and later twentieth-century American letters, from Robert Musil’s novel. He meant the title as a question, one to be debated and answered. In “Literature and the Continuances of Virtue” (1986) he included an extensive, far-ranging reading of “Der Mann ohne Eigenschaften.”

He liked to engage in spirited dialogues. In “The Way We Think Now: Protocols for Deprivation” (1976), a skeptical examination of the then fashionable terminology of deconstruction, he deplored what he perceived as its “devalorization of literature itself.” And his “Skirmishing with Edmund Wilson” (1999) opens with a memorable description of his target: “He was hedgehog prickly in argument, resourcefully stubborn in maintaining contended positions, as fond of a literary-critical shootout as his equally patrician contemporary General George Patton was of military campaigning.”

In conducting classes Berthoff rarely lectured formally from a set text but preferred to talk instead from notes. He expected deep seriousness of preparation from students and rewarded depth of engagement over immediate polish. His former students remember with uniform enthusiasm his mentoring. “He was alive to the sound and texture of good writing and gave welcome encouragement to those of us who hoped to become not so much scholars as writers,” one wrote. Another reported that Berthoff’s graduate seminar on Henry James changed his attitude toward a writer whom he had detested as an undergraduate, inspiring him to write a dissertation on James and to become a James scholar. A third found that Warner’s “knowledge was immense, but his brilliance flowed out in an abiding humility, geniality, and grace that made him the most engaging teacher and mentor one could ever imagine. . . . He never let me get away with anything, and one of the maxims he drove into me was that imprecise writing is always the product of imprecise thought.” Another described Berthoff as “a theoretically agnostic enthusiast at heart”: “he read every new essay or book as it came out, accepting some, rejecting others, with no discernible methodological bent.” This former student concludes: “Because Warner Berthoff was my teacher, I am more widely read than I might have been otherwise. . . . I am also aware of how much I still have to learn. . . . I understand that enthusiasm is as important to what we do as professionalism and discipline.”

Professor Berthoff held a Fulbright fellowship at the Università degli Studi di Catania, Sicily in 1957–58, and he also lectured or taught at the Universities of Rome, Warsaw, and California–Berkeley and at Columbia University, among other institutions. The recipient of a Guggenheim Fellowship and a Woodrow Wilson Center Fellowship, he also served as President of the Melville Society in 1983.

A resident of Concord, Massachusetts, from 1967 until his death, he published a lively series of meticulously formulated memoirs in the Sewanee Review, including “Memories of Okinawa” (2013), “Going South: 1947” (2013) and “Teaching Hawthorne in Communist Poland” (2015), portraying himself as a “New Republic liberal” amid tense political situations. For example, after being ordered to draft a letter requesting the removal of Negro troops from Okinawa, he resolved “to avoid as much as possible . . . any situation in which [he] might have to take unpalatable orders from higher-ups who were not to be argued with. As it has turned out, university teaching and academic scholarship . . . answered very nicely that juvenile resolve.”