An invitation to sound off 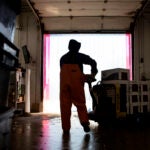 From sea to dining hall table

A new initiative to increase awareness of inclusion got its kickoff late last month, when the interactive #consciousharvard sounding board went live at an event where members of the Harvard community shared personal stories about belonging.

The sounding board spent a week at the newly renovated Smith Center, inviting people to answer prompts such as “I feel excluded when …”; “I feel I belong at Harvard when …”; “Harvard can make me feel more included by …”; “I can make Harvard more inclusive by …” Their anonymous responses — which together are meant to create a dialogue about what the University can do to increase a feeling of belonging on campus — were recorded for an upcoming report, which will also include data from the website and future events. Once the project finishes in late spring, the data will be shared with administrators, deans, employee resource groups, and diversity officers across the University.

At the kickoff, John Silvanus Wilson, senior adviser and strategist to Harvard’s president; Josephine Kim, director of diversity and inclusion at Harvard School of Dental Medicine; and Joan Reede, dean for diversity and community partnership at Harvard Medical School, shared stories of their own “conscious moments” of not belonging, of racism, and of feeling excluded. Wilson said he experienced racial profiling in the ’80s, when police randomly stopped him, his brother, and two female friends, and only “the talk” their mother had given the brothers about interacting with police saved the situation from escalating. Reede said she’d seen bias in her early years in health care when an attending physician suggested that “black patients don’t follow protocols” — and claimed Reede was being overly sensitive when she objected. Kim said that her “life got easier” when she changed her Korean first name to Josephine.

The sounding board was created by seven staff members from Harvard Global Support Services, Common Spaces, the Center for Workplace Development, and the Office of Admissions and Financial Aid, Harvard College, and designed by Dan Borelli, director of exhibitions in for the Graduate School of Design, and Forrest Jessee from JESSEE Designs. The organizers of #consciousharvard hope it will be displayed at other locations on campus.

The #consciousharvard initiative contributes to University-wide efforts on inclusion and belonging by giving the community both physical and virtual platforms on which to be heard and helping participants become more aware of their own role in negating or creating an inclusive environment. The sounding board and initiative are supported by the President’s Administrative Innovation Fund, created by former University President Drew Faust as part of One Harvard. Her successor, Larry Bacow, has confirmed the fund will continue in 2019.