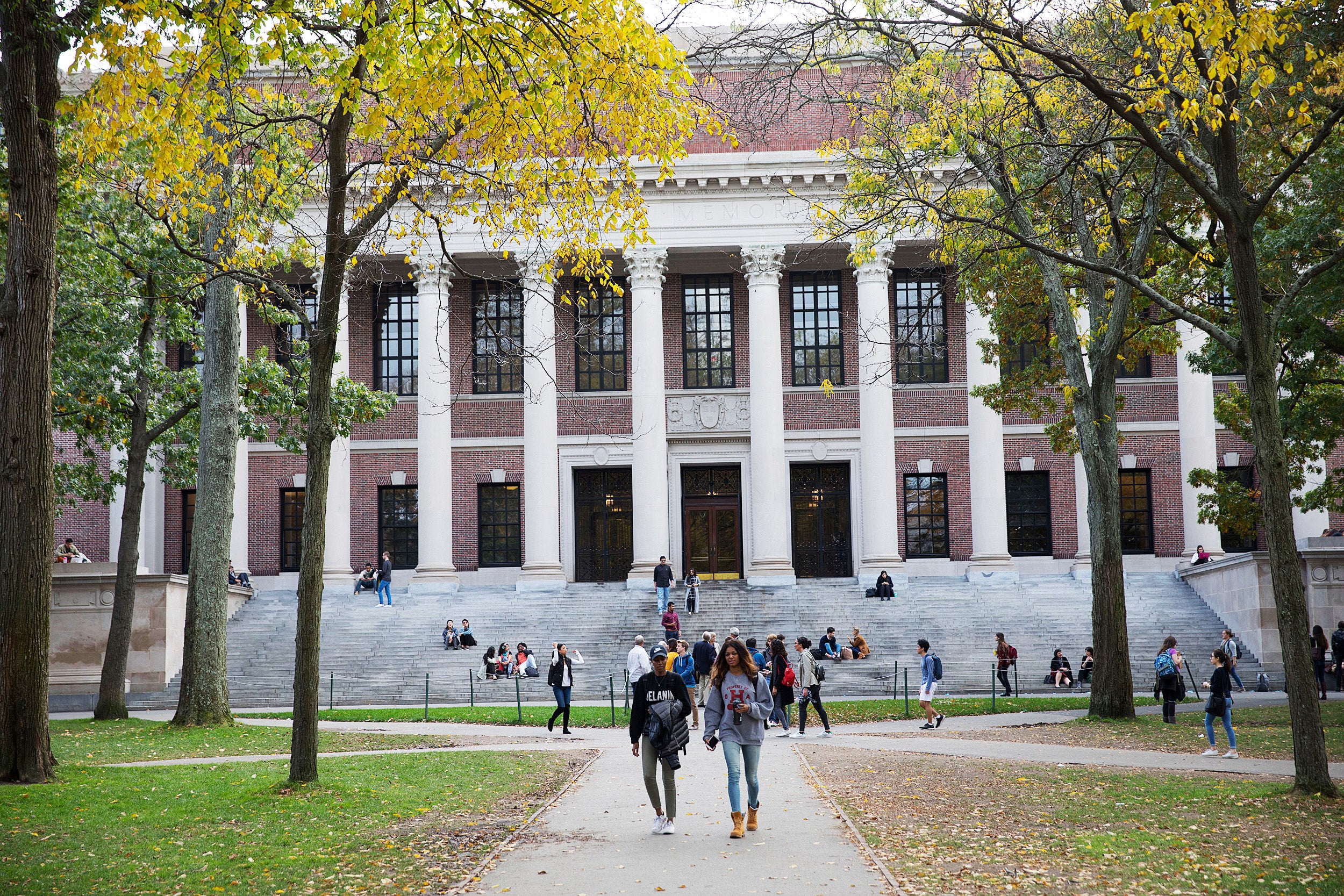 German Chancellor Angela Merkel, one of the world’s most influential leaders since ascending to her country’s highest office in 2005, will be the principal speaker at the Afternoon Program of Harvard’s 368th Commencement on May 30.

“Angela Merkel is one of the most widely admired and broadly influential statespeople of our time,” said Harvard President Larry Bacow. “Over her four terms as Germany’s chancellor, her leadership has done much to shape the course not only of her nation, but also of Europe and the larger world. She continues to play a central role in confronting some of the great challenges of our era, and I very much look forward to welcoming her to Harvard next May and to hearing what is sure to be a memorable address.”

Born in Hamburg, West Germany, in 1954 to a Protestant pastor and a Latin and English teacher, Merkel (née Kasner) and her family moved to the small East German town of Templin when she was 3. In 1978, she graduated from the University of Leipzig with a degree in physics and physical chemistry, and in 1986 she obtained her doctorate in quantum chemistry from the German Academy of Sciences. Early in her career, Merkel worked as a chemist at the Central Institute for Physical Chemistry at the Academy of Sciences in Berlin, where she was one of only a few female researchers.

“Angela Merkel is one of our era’s most globally respected leaders, a statesperson of formidable intellect, commitment, empathy, and principle.”
— Margaret Wang, president of the Harvard Alumni Association

Since 1990, she has been a member of the German parliament, the Bundestag, assuming a series of leadership roles for the CDU and also serving stints as Federal Minister for Women and Youth and Federal Minister for the Environment. In 1998, Merkel was elected secretary-general of her party, a position that would ultimately pave the way for her election as Germany’s first-ever female chancellor, in 2005. She is also the first East German to hold the office.

Often referred to as the “de facto leader of Europe,” Merkel is the longest-serving head of government in the European Union and the most senior leader within the G7 group of nations, having been elected to her fourth four-year term as chancellor in 2017. Earlier this fall she announced that this would be her last term in office.

Throughout her tenure Merkel has been a staunch proponent of the EU and has done much to steer its course. She is credited with leading her nation’s robust economic recovery following the recession of 2008, and with shepherding negotiations between Greece and its fellow EU member states in order to preserve the Eurozone. Her tenure in office has also been characterized by advocacy for environmental sustainability and green energy, by leadership in the international response to Russia’s annexation of Crimea, and by continuing efforts to address contentious issues of migration in the wake of the refugee crisis fueled by conflicts in Syria, Afghanistan, and beyond.

Merkel’s many honors include the Charlemagne Prize for “work done in the service of European unification,” and the U.S. Presidential Medal of Freedom, awarded to her by President Barack Obama in 2011. She was Time magazine’s Person of the Year in 2015 and has repeatedly topped the Forbes magazine list of the world’s most powerful women.

“Angela Merkel is one of our era’s most globally respected leaders, a statesperson of formidable intellect, commitment, empathy, and principle,” said Margaret Wang ’09, president of the Harvard Alumni Association. “As a defender of democracy and human dignity who has stood by her beliefs and worked to promote stability and peace, she will engage our graduating students, our alumni, and our entire community. I am thrilled she will join us at this year’s Commencement and look forward to her address during this time when we seek inspiration from our global leaders.”

As principal speaker at the Afternoon Program, Merkel will address the annual meeting of the Harvard Alumni Association, held in Harvard Yard’s Tercentenary Theatre between Widener Library and the Memorial Church. She will also be awarded an honorary degree.