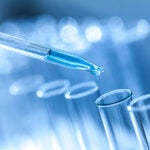 Sociologist, an academic 'force of nature,' remembered for her trailblazing scholarship, extraordinary mentorship

Devah Pager, the Peter and Isabel Malkin Professor of Sociology of Public Policy, died Friday at her home in Cambridge surrounded by family and friends. She was 46.

A pioneering scholar whose work deeply influenced thinking on mass incarceration and racial discrimination in employment, Pager also mentored dozens of students in their research and career ambitions.

“She was a force of nature who accomplished a superhuman quantity and quality of work in a tragically short amount of time, and her impact on scholarship and policy is hard to overstate,” said Jason Beckfield, chair of the Sociology Department. “She did work of global scope and tremendous depth that is unusual in its combination of rigor and creativity and relevance.”

Recalling Pager’s friendship and kindness, Beckfield added: “Someone with that kind of sunlight attracted a lot of people. She probably has 100 people who think of her as their best friend.”

Born in Honolulu in 1972, Pager was the daughter of an Australian pediatrician and a South African computer scientist. After attending UCLA as an undergraduate, she earned her Ph.D. in 2002 from the University of Wisconsin-Madison. Her dissertation, “The Mark of a Criminal Record,” was awarded top honors from the American Sociological Association. It also helped inform the “Ban the Box” campaign, which sought to persuade employers to remove the check box on hiring applications that asks about criminal record.

“That’s her work,” said Beckfield, adding that Pager didn’t stop teaching until three weeks ago despite her battle against pancreatic cancer. “She showed convincingly that discrimination against ex-felons is profound, and she developed policies that could combat that.”

Her dissertation, “The Mark of a Criminal Record,” helped inform the “Ban the Box” campaign, which sought to persuade employers to remove the check box on hiring applications that asks about criminal record.

A Fulbright Scholar who taught at Northwestern and Princeton, Pager joined the sociology faculty at Harvard in 2013. Starting in 2014, she served as director of the Multidisciplinary Program in Inequality and Social Policy and as Susan S. and Kenneth L. Wallach Professor at the Radcliffe Institute.

“Devah was a dear friend and colleague,” said Dean Tomiko Brown-Nagin of the Radcliffe Institute. “In the too-short time that she lived, she embodied our highest aspirations. A brilliant, warm, and beloved member of our community, she will be deeply missed.”

In 2007, Pager published “Marked: Race, Crime, and Finding Work in an Era of Mass Incarceration,” which the Association for Humanist Sociology named book of the year. Among her other accolades was an Early Career Award from the Poverty, Inequality, and Mobility section of the American Sociological Association.

Dean Douglas Elmendorf of the Kennedy School called Pager a “brilliant” scholar whose work “showed her fierce commitment to using her impressive gifts and the tools of social science to help make the world a fairer and better place.” He added: “Devah was also known widely as one of the kindest and most generous people one could meet. She brought warmth, optimism, curiosity, and inspiration to her interactions with her many friends and students and colleagues.”

Also remarkable is the robust network of young scholars who were mentored by Pager, a group Beckfield described as “notable for their diversity, their attainment of prestigious positions, and for doing work that matters and is rigorous and persuasive.”

Mario Luis Small, Grafstein Family Professor of Sociology at Harvard, recalled his immediate admiration for Pager when they were both young scholars at Princeton.

“When she arrived on campus, her impact was felt immediately in the enthusiasm of both students and faculty and in the sense that a new generation of scholars was set to take the reins,” he said. “Devah had an extraordinary mix of qualities: the tenacity to see difficult and important projects to their conclusion, the clarity of mind to see and address potential problems well before they arose, the imagination to see her way around obstacles that to others might seem insurmountable, and an extraordinary kindness at a level all too rare among scholars of her caliber. But a few years older than me, she was nonetheless a role model.”

Colleagues are planning a memorial at Harvard to honor Pager and her work. She is survived by her husband, Mike, and son, Atticus.