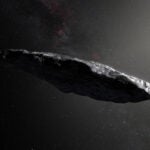 Importance of biological samples and their preservation goes beyond the obvious

More than a century ago, when botanists and naturalists were in the field collecting plant and animal specimens, they couldn’t have imagined that scientists would one day be able to extract DNA from samples to understand how plants and animals are related to one another.

They couldn’t have imagined that their collections could one day shed light on the effects of global climate change, or the emergence and spread of pathogens, the spread of fungal-driven amphibian extinction, or the effectiveness of policies aimed at reducing pollution in the U.S.

And the fact that they couldn’t have predicted those uses, said Emily Meineke, a postdoctoral researcher working in the lab of Charles Davis, professor of organismic and evolutionary biology and director of the Harvard University Herbaria, shows exactly why such collections need to be preserved for future generations.

“In 200 years, we have no idea what technology will be available and what people will be able to use these specimens for,” she said. “They contain a wealth of hidden data that we might not even understand exists in our lifetime, so there’s a practical element to keeping and preserving them.”

That’s precisely the argument Meineke, Davis, T. Jonathan Davies from the University of British Columbia, and Barnabas Daru from Texas A&M University, Corpus Christi, are making in a Nov. 19 special issue of Philosophical Transactions B.

The four served as co-editors of the issue, which is dedicated to exploring the creative ways in which researchers have made use of biological collections around the world and to advocating for their continued preservation.

“The main theme of the issue is using museum collections to understand global change,” Meineke explained. “The idea is that a growing number of studies use museum specimens for this sort of thing, but we’re still at the tip of the iceberg when it comes to what we can do.

“[The collections] contain a wealth of hidden data that we might not even understand exists in our lifetime, so there’s a practical element to keeping and preserving them.”
— Emily Meineke

“We want to make the argument that these collections basically bookend the Anthropocene,” she continued. “So I think the ideal outcome would be for each person who reads this — from fundamental biologists who are asking questions about the history of life on Earth to people who are on the ground working in conservation — to think about how collections might be used to move their field forward, because I think these really are a gold mine that we haven’t tapped into yet.”

In an example from the series of papers in the issue, Daru described a novel method to study microbial diversity from museum collections.

“It is increasingly appreciated that plant microbiomes can influence key aspects of plant biology, but we know so little about the historic distribution of microbes associated with plants,” Daru explained. “This limits our understanding of how microbial diversity responds to global change. Herbarium records are an underused resource that hold the promise of aiding our understanding of how microbial communities respond to the rapid shifts in climate due to human activity. These plant microbes play key crucial roles for plants, including the promotion of plant growth and protection from herbivores.”

In their article, the researchers show that their findings have the potential to unlock an exciting historical resource — that is, the holdings of plant microbes in herbaria worldwide.

Despite their value, Meineke said, biological collections are threatened in a number of ways.

Earlier this year, a fire tore through Brazil’s National Museum, destroying millions of specimens, and last year budget problems forced the University of Louisiana in Monroe to announce plans to dispose of millions of fish and plant specimens unless a new home could be found. While dozens of institutions stepped up to ward off the collections’ destruction, Meineke said both stories point to the challenges of maintaining such specimens.

“Especially in the age of digitization, we can take images of a specimen and transcribe its metadata about where and when it was collected, and so then you have this online representation of specimens, so institutions may feel they can get rid of these collections in favor of investing space and money elsewhere,” she said. “When something like the tragedy in Brazil happens, having digital representations of specimens is great — you still have at least some of the data that was available. But digitization doesn’t preserve DNA or all the intricate measurements you can make of the morphology of an organism, so we are trying to make the argument for the centrality of the physical specimen as the thing we need to focus on and preserve.”

Working with biological collections isn’t always easy, Meineke said — it requires understanding and overcoming collector biases, ensuring proper coverage across time and space, and more — but the rewards are many.

Aside from the important questions researchers may be able to answer using them, she admitted there is an emotional component to being up-close-and-personal with such rare items.

“As a species on Earth, this is the history of what was here and a record of what’s been lost as we’ve grown as a species,” she said. “I think if we were to get rid of these collections, you feel the loss personally … so, I feel like the least we can do is work to keep these items preserved.”

“Museums are one of our best bets for understanding biotic change in the Anthropocene,” Davis said. “And people are really beginning to take notice of these treasures. I couldn’t be more excited about our efforts to make these resources available to the world to help reduce academic, economic, and social barriers.”