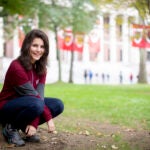 On any given day, Harvard hosts lectures and seminars on topics of global import, from the search for cures for human disease to the rise of populism in countries rich and poor. In dozens of countries and more than 20 Harvard offices outside the U.S., faculty, students, staff, and other members of the Harvard community conduct research — in labs, online, and on location — aimed at answering the world’s most challenging questions.

Worldwide Week at Harvard will put this work center stage from Saturday through Oct. 27. After exhibit openings, a play, and film showings over the weekend, the official kick-off is Monday, when Harvard’s Schools, departments, research centers, student organizations, and administrative offices host more than 50 events showcasing the breadth and depth of its global engagement.

“Harvard’s work, like the work of many great universities today, is global by its very nature,” said Mark Elliott, vice provost for international affairs. “When I became vice provost, even I didn’t realize the extent to which Harvard’s teaching and research spans the world. Harvard Worldwide Week helps make that fact clear, but the reality is that almost any week at Harvard could be called ‘worldwide week.’”

There is no topical theme for the event, which is by design, according to Elliott.

“We want everyone at Harvard to be a part of the conversations that are inspired by Worldwide Week,” he said. “Many of the problems and themes that are being discussed … like many of the problems and themes we discuss every day at Harvard, don’t fit neatly into a ‘global’ versus ‘domestic’ box. They are universal in nature. We want Worldwide Week to reflect that fact, and for everyone at Harvard to be able to find something that interests them.”

Elliot’s office organized the first Worldwide Week in 2017, with dozens of events, almost all well-attended. This year’s events are diverse in both content and structure. As befits an academic institution, there are a number of panel discussions and seminars, as well as arts events, career planning and guidance sessions for students, and museum exhibits. There is even an International Comedy Night at the Smith Center on Oct. 25, featuring Hari Kondabolu and the Harvard College Stand-Up Comic Society and hosted by the Weatherhead Center for International Affairs. A few events encourage a trip off the Cambridge campus, including several in the Longwood Medical Area and the Arnold Arboretum.

For a full listing of events and more information, visit http://worldwideweek.harvard.edu