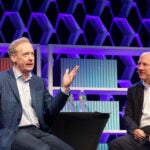 By many measures, the U.S. has made important strides when it comes to Civil Rights: The racial gaps in educational achievement, life expectancy, and wages, though still considerable, have all narrowed measurably in the past 50 years.

Yet in one marker of fundamental importance — family income — disparities between black and white have remained virtually unchanged since 1968.

“Despite concerted efforts to close racial gaps, the median African-American today has a family income about 56 percent that of the median white person,” says Robert Manduca, a doctoral student in sociology and social policy in the Graduate School of Arts and Sciences. “That ratio hasn’t changed much since 1968, when it was 57 percent. So the question is why, 50 years later, when racial gaps in other areas have narrowed, why aren’t we seeing a corresponding narrowing for income?”

In a study published in Sociological Science, Manduca argues that a major reason that economic disparities between the races remain so large is rising income inequality nationwide. While African-Americans have moved to higher ranks on the income distribution scale in the decades since the Civil Rights Movement, those improvements have largely been blunted by rapid income growth for the richest members of society and income stagnation among lower- and middle-class families.

“If we look at income rank — where people fall along the income distribution — there actually has been improvement in narrowing the disparity. It used to be that the vast majority of whites made more than the median African-American. That fraction has come down substantially, meaning that there is less racial income stratification than there was in the 1960s,” Manduca said. “The reduction is in line with the declines we’ve seen in racial gaps in education and life expectancy: nowhere near complete, but measurable improvement.”

In 1968, the average black family stood at about the 25th percentile of the income distribution, said Manduca. Today, they are at the 35th percentile.

“The black-white gap in income rank has narrowed by about a third,” Manduca said. “There is still a lot of work left to be done, but there has been some progress.”

However, narrowing the rank gap has not translated into more dollars for black families.

“Outside the very richest few percentiles, there has been a dramatic decline in the fraction of national mean income earned at any given rank,” he said. “The people standing at the 35th percentile in 1968 were earning 69 percent of the national mean, and today they earn just 48 percent. So, if you look at what the median African-American family is making as a percentage of the national mean income, that number has gone down, despite the fact that they moved up in terms of rank.”

Wage stagnation does not only affect black families: As a percentage of the national mean, the median income for white families has fallen about 14 percent, too. But the impacts of wage stagnation have disproportionately fallen on African-American families because they were already at the lower end of income distribution.

“Essentially everyone outside the top 5 or 10 percent has seen their share of national income decline,” Manduca said. “But because there are disproportionate numbers of African-Americans still in the lower part of the income distribution and disproportionate numbers of whites at the high end … those changes that have harmed almost everyone have also exacerbated the racial gap.”

Despite this bleak picture, Manduca believes his findings present some reason for optimism.

“These results show that we have overlooked some progress toward racial economic equality over the last 50 years. If you just look at dollars, you would say that reforms like antidiscrimination legislation, opening up access to education, and other efforts aren’t moving the needle,” he said. “But what these findings show is that those efforts have paid dividends. The problem is their success has been undermined by this other force, which is the economy-wide trend of rising inequality.”

What’s more, Manduca believes, the repercussions of wage stagnation and rising income inequality are felt by black and white families alike, creating the chance to form broad coalitions that might work together to level the playing field.

“Huge swaths of the U.S. have an interest in reducing economic inequality,” he said. “What my results suggest is, in addition to making the economy fairer for everyone, those economic reforms will also reduce the disparities between racial groups.”

Going forward, Manduca is working to explore how income inequality has affected different regions of the country, and what impacts those changes have had on other groups, including Latinos and Native Americans.

“People ask what our political priorities should be — is it more important to address racial divisions or income inequality?” he said. “One thing I think these results show is you can’t really separate the two. Racial inequality and economic inequality are fundamentally intertwined. If we forget that, we find ourselves in situations like the one I document here, where from a racial stratification point of view things have improved, yet that progress is negated by rising income inequality.”

This research was supported with funding from the Harvard Inequality & Social Policy multidisciplinary program.