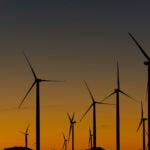 Imagine trying to make sense of the cacophony of a speaker playing four songs at once, and you have some idea of the challenge faced by Jenny Schloss and Matt Turner.

In their quest to build a tool that uses NV centers — atomic-scale impurities in diamonds — to sense the magnetic fields in everything from firing neurons to condensed-matter systems, the pair of Ph.D. candidates from the Graduate School of Arts and Sciences have developed a method that can simultaneously detect magnetic fields in various directions. Schloss and Turner worked with postdoc John Barry (now a research scientist at MIT Lincoln Laboratory) in the laboratory of Ronald Walsworth, a faculty member in Harvard’s Center for Brain Science and the Department of Physics.

Schloss, Turner, and Barry bombarded a tiny, 4-millimeter-square wafer of diamond with four different microwave signals, each of which was tuned to monitor a specific NV orientation and dithered according to a unique frequency-modulation (FM) pattern. The researchers could then simultaneously measure how each NV orientation responded to different directions of a magnetic field — almost as if they were listening to four FM radio stations at once. The work is described in a new paper published in Physical Review Applied.

The researchers said the new tool represents a marked improvement from earlier techniques, which required researchers to go through the time-consuming process of sequentially switching between microwave frequencies to monitor the response of differently oriented NV centers.

“But with this new method, we can do them all at the same time,” Turner said. “The old way, that was fine for processes that were slow. But for fast things like biomagnetic fields produced by firing neurons, we need to do better than that, or we might miss out on some information.”

“So we collect this constant stream of data from the diamond as the magnetic field is changing,” Schloss added. “And we can process it faster than we collect it, so we can detect the dynamic magnetic field’s direction and amplitude in real time.”

The tool builds on previous work by Schloss, Turner, Barry, and others, which used NV centers in diamonds to detect neural signals in marine worms.

“That was a great proof of principle. But a broadly useful neuroscience tool should be compatible with mammalian neurons,” Schloss said. “But that’s challenging because an array of firing neurons produces magnetic fields oriented in all directions. This technique solves that problem for neuron magnetic sensing and other future applications.”

One reason NV centers are ideal for the task, Schloss and Turner said, has to do with the way they are arranged in the diamond lattice.

“If you take a diamond, you get an NV center when you replace one carbon atom with a nitrogen atom and an adjacent carbon with a vacancy,” Schloss said. “In the lattice, every atom is connected to four other atoms, so there are four possible NV orientations, and each orientation is most sensitive to magnetic fields pointing in that direction. So by using all four types of NVs, you can figure out which direction the magnetic field is pointing.”

“The static field is what interacts with the various NV orientations,” Turner said. “And as we demodulate that microwave signal, we can detect the signal from each of them.”

“That’s the innovation — to use four FM microwave tones at once,” Schloss added. “Now we can simultaneously measure all four NV orientations at once and determine the magnetic field more rapidly than before, like listening to four FM radio stations at once and having it all make sense.”

Although the technology hasn’t yet been demonstrated with mammalian neurons, Schloss said, the study is an important proof of concept for a tool that could one day have broad uses.

“The thing we like about this is it’s widely applicable, and it’s really only a minor experimental upgrade to what people are already doing,” she said. “We expect this could be adopted very broadly in biology, in condensed-matter physics, and elsewhere.”

Harvard’s Office of Technology Development has filed a patent application on this technology and is actively seeking commercialization opportunities.