Crunch time for the human race 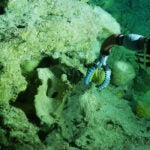 With fate of the world in our hands, astrophysicist and cosmologist Martin Rees expects a century of life-altering decisions

Astrophysicist and cosmologist Martin Rees visited the Center for the Environment this week to discuss his new book, “On the Future: Prospects for Humanity.” Rees, a former master of Trinity College, Cambridge, and recipient, in 2016, of an honorary doctor of science degree from Harvard, also sat down with the Gazette to share his thoughts on climate change, artificial intelligence, robotics, and more.

Rees: This is the first century where one species, the human species, can really control the whole planet and its fate. That’s because we are the dominant species; we have technology, and we are making an ever-heavier footprint on the planet. This is causing changes in the environment and the climate. And also the powerful technologies we’re developing could, if misused, create potential setbacks to our civilization.

We had the narrow escape in the Cold War from the nuclear [risk], but we have 21st century [threats] like cyber, AI, and bio, which are hard to control because they require just small, widely dispersed facilities.

GAZETTE: Do you see those being the main threats we face as a species?

Rees: I think they aggravate the problem. I think we’re going to have growing problems of governance because, obviously, with social media, everyone is more engaged, panic and rumor can spread literally at the speed of light.

It’s going to be very hard to make the right balance between privacy, security, and liberty when we’re in a world where a few people — by error or by design — can cause a disaster that can even cascade globally. This is something that is really new and that’s a real tension for governance in every nation.

If we think internationally, we do have to worry about the inequalities between different nations. We know very well that there’s a huge disparity between the bottom billion, mainly in Africa, and people living in Europe and North America, and I think that’s going to be a cause for growing disaffection and instability in the future. This is because everyone in the disadvantaged parts of the world now knows what they’re missing. They have mobile phones, they can travel more easily, etc., and so there’s going to be very strong pressure for some sort of redistribution of wealth on a global scale.

GAZETTE: You also talk about the kinds of jobs that will endure as robotics advances. The professional jobs don’t do as well as I had expected.

Rees: That’s right. Of course, there are well-known books on the effect on the labor market of machines and intelligent machines. And, of course, they can already take manufacturing jobs. But they will be able to do what we call middle-class jobs, like routine legal work and radiography in medicine and maybe even surgery.

The hardest jobs to automate are going to be things like plumbing and gardening because they’re very nonroutine. Machines have a long way to go before they can interact with the external world as adeptly as a child can.

Clearly, those who own the robots are going to gain huge wealth. I think, for a healthy society, that wealth has to be redistributed, and I think the best thing to do with it is to use it to hugely enhance the number of jobs of the kind where human beings are still preferred to robots — caring for old people, teaching assistants, and things like that. It’s true that robots can help in some respects, but I think most of us, when old, want a real human being.

GAZETTE: Why don’t we talk specifically about climate change, since we are here at the Harvard University Center for the Environment and that’s an important issue that is on people’s minds. You call yourself a techno-optimist. Does that relate to climate change, or is that in general?

Rees: I think it’s general, but of course I also say I’m a political pessimist, because indeed there is a growing gap between the way things could be and the way they actually are because of our inadequacies of ethics and political leadership.

Getting back to climate change, I think it’s a uniquely difficult issue, because to deal with it by cutting CO2 requires decisions which cause short-term burdens in the interest of generations in the future and in remote parts of the world. So that’s a very, very hard sell indeed to get a sacrifice now for people a long way away and far into the future.

I think a lot of the debate about climate policy is not so much about the science. There are a few people who deny the science, but most people accept the Intergovernmental Panel on Climate Change range of projections as the best we can do. I think the difference between the policy recipes that different people put forward are differences not of science but of ethics and economics, in the following sense: If you take the standard discount rate which you would use in deciding to put up an office building or something, as does [Copenhagen Consensus Center President] Bjorn Lomborg, then you discount the future at 5 percent and then you write off what happens after, say 2050, and then you conclude, as he does, that dealing with climate change is lower priority than helping the world’s poor in the short term.

On the other hand, if you say, in this context, that that is not the right discount rate to apply and we should pay regard to the life changes of a baby born today, still alive in the 22nd century, and apply a low discount rate, then we should then feel it’s worth paying an insurance premium now to remove a possible risk from someone at the end of this century. And that is really the basis of conventional climate policy, that you don’t take a commercial discount rate, you take a lower discount rate and you avoid some irreversible disaster which may be not hugely probable, but it’s something we should insure against

And people like Martin Weitzman, an economist here at Harvard, have made this case very forcibly — that we should pay an insurance premium against a worst case in the long term.

But in both cases, there’s a problem, because it does require concerted action. Of course, with the politicians, the local is what dominates in the short term. I quote [President] Jean-Claude Juncker of the European Union, who says, “We know the right thing to do, but we don’t know how to get re-elected if we’ve done it.” And that’s the common attitude of politicians.

Realistically, the best we can do to hope to constrain climate emissions is the one win-win situation. That’s to hugely enhance research and development into all forms of clean energy and its ancillaries. Not just clean energy sources but battery storage and all that. And to increase the public and private R and D to a level closer to defense research or medical research. It’s far, far lower than that now.

GAZETTE: When you talk about the idea that this century is unique, in that we have the power to change the Earth, is there also an obligation to stewardship?

Rees: I think there is, yes, and of course we all care about leaving a good world for our grandchildren. Cosmologists bring a special perspective, because we know that the time lying ahead is even longer than the time that’s [passed] up to now.

The sun has 6 billion years ahead of it, and the universe, maybe forever. What happens this century is important not only for us but it resonates in the far future. If we screw up too badly, we would foreclose all these potentialities in the very far future. That’s why this century is crucial. If we’re lucky, it could be a transition where we can move to a sustainable world and maybe a symbiosis with electronic intelligences. If we’re unlucky, it’s a century when we could foreclose all those options.