‘We did all we could, but we could have done more’ 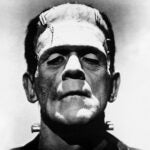 San Juan Mayor Carmen Yulín Cruz says her career is haunted as much by those she feels she failed as it is soothed by those she helped to save.

“We did all we could, but we could have done more,” she said, in a powerful, at times tearful speech recalling the aftermath of devastating Hurricane Maria last year. “Forever, I would know that because I stopped to eat, somebody died. Because I wasn’t able to get there faster, somebody died.”

Honored by the student-led Phillips Brooks House Association, Cruz was the 12th honoree of the Robert Coles “Call of Service” award. Coles ’46, a civil rights activist, Pulitzer Prize winner, and retired Harvard professor, sat in the front row of Memorial Church Friday night to hear Cruz talk about how her “brothers and sisters” were attacked, “not by the storm but by an administration not up to the task.”

“They killed us with neglect,” she said, citing the 2,975 people who lost their lives following the storm due to what critics say was the government’s delayed response. “We will never be able to close that wound of grief.”

Speaking to a packed crowd, Cruz talked about her unlikely path, as the dyslexic great-granddaughter of a sugar cane farm worker, to the San Juan mayor’s office. She said she was “humbled” by the award.

“We all share the common thread of humanity. The tapestry of democracy will only be perfect and complete with each one of the threads. If one of those threads is missing or gets pulled out because we think it’s different or we don’t like it, we will forever leave a mark,” she said.

Elected mayor in 2013, Cruz has served Puerto Rico in some capacity since 1992. She cited among her inspirations her “feisty” grandmother, and Eleanor Roosevelt. “No one can make you feel inferior without your consent,” Cruz quoted the onetime first lady and social activist.

“So I decided to stop consenting,” she said of her famous “We are dying here” plea for help 10 days after the storm hit.

Though she said the government failed her island, Cruz saw other organizations and individuals of all beliefs and backgrounds give selflessly in the belief of service. They included 327 AFL-CIO members and Pat Robertson’s Operation Blessing International, which brought tens of thousands of durable solar-powered lanterns.

Local artists Ernesto “Eroc” Arroyo-Montano and Eli “Lady” Pabon ended the evening with music and spoken word, and Jose Olivarez ’10 read a poem. Before the performances, Cruz said there will be time to study the crisis.

“But I guarantee one thing: You will have to answer that call of service question,” she said. “The question is: What are we prepared to do to change the world we live in?”