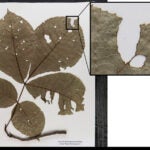 Harvard attends Austrian festival with focus on ‘Art of Imperfection’

Ars Electronica has been an annual event in Linz since 1986, part of a deliberate effort to change the city’s image (Linz is known for being Austria’s most industrial city and Hitler’s hometown).  This year’s theme, “Error — the Art of Imperfection,” included art installations, product exhibitions, science experiments, lectures, performances, and more, all held in 14 public spaces across Linz, with the main venue being PostCity, a massive, multilevel abandoned postal facility — complete with spiraling mail chutes people could slide down.

The idea behind “Error” is that, on one hand, an error can be an opportunity rather than a mistake. Yet on the other hand, with big data surveillance, privacy invasion, and social media manipulation, the dream of a beautiful digital world seems a naive error that needs to be reconceptualized­ — before we make irreparable mistakes with artificial intelligence.

MetaLAB was invited to join the festival by Eveline Wandl-Vogt of the Austrian Academy of Sciences; the U.S. Embassy of Austria supported the collaboration.

Since 2015, when Wandl-Vogt met metaLAB founder Jeffrey Schnapp, she has wanted to collaborate, saying metaLAB’s data visualizations make the ideas she works on “more accessible and understandable” to the public. So when Ars Electronica offered Wandl-Vogt installation space in the Create Your World section of the festival, she invited members of metaLAB to share it, bringing Harvard to the festival for the first time.

Wandl-Vogt also has a mutual interest with metaLAB’s Associate Director Matthew Battles in biodiversity; together they focused on sharing culture through food experiments.

Battles and metaLAB affiliate Keith Hartwig’s project, “Invasive Spirits,” “celebrates the cosmopolitanism of yeast,” as Battles said. For the project, he and Hartwig gathered organic materials from around Linz (such as milk, beer, and tree leaves), put them in test tubes, and then exposed them to the yeast that’s always in the air. Festival attendees could sniff the fermenting organisms, and then use an old-fashioned label maker to name their sensory experience; the names were then digitally transcribed and visualized. Some interesting outcomes included topfig, which is Austrian-German for “creamcheesy,” and silofutter, which means “feed from the silo” and alludes to early winter hay. As many installations featured cutting-edge virtual reality and artificial intelligence, “Invasive Spirits” was among the festival’s most analog — it fit the theme though, as fermentation was discovered by error.

Adjacent to “Invasive Spirits” was metaLAB creative research associate fellow Sarah Newman’s installation “Moral Labyrinth,” which engaged with the value alignment problem in artificial intelligence by having participants answer a series of questions that revealed the conflicting values we have within ourselves.

Participants walked the physical labyrinth, which was made up of a series of playful yet challenging ethical questions laid out on the floor, such as “Would you take a robot as a slave?” Or they could engage in a dialogue with a digital labyrinth on a laptop, which posed a series of related questions, and then algorithmically generated a question as a small print for the user to keep for further reflection.

After walking the labyrinth, Nicoleta Tudor, of Romania, said, “This is an experience I will take with me for a long time,” explaining that it put her in a place to question her own values. She added that “Moral Labyrinth” was a great example of how Ars Electronica “uses art and technology as a common language to activate conversation among the people.”

Trevor Traina, the U.S. ambassador to Austria, visited the installation and described the labyrinth as a “transcendent experience.”

Across the hall of PostCity was metaLAB creative researcher Kim Albrecht’s “Distinction Machine.” This installation showed the limits of computational language by having a computer render multiple shapes of different colors in the same “location” — forcing the computer to “decide” to show one color or another. The resulting strange, intricate patterns were shown on nine tablets hung in the gallery space that users could interact with, as well as on framed prints of stills from the animated images, and also as an overhead video projection. For Albrecht, the images revealed how computers are incapable of expressing ambiguity, which is the essence of the human experience.

Ece Tankal, a speculative designer at Hyphen Labs in Barcelona, Spain, said Albrecht’s piece “shows that there’s an error in the translation between computers and humans.” It was an appropriate comment, considering the festival’s “error” theme.

While much of the techie art and gadgetry at Ars Electronica had a magic-show, look-at-what-we-can-do allure, many exhibitions aimed to improve society or raise questions about how technology is affecting it.  And with the three metaLAB projects, Harvard contributed reflection to the conversation.