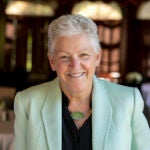 Mark Glickman is Fixing a Hole in Beatles lore.

A senior lecturer in statistics, Glickman worked with Ryan Song, a former statistics student at Harvard, and Jason Brown, a professor at Dalhousie University in Nova Scotia, to tackle an enduring Beatles mystery — who wrote “In My Life”?

As most Beatles fans know, John Lennon and Paul McCartney disagreed over who authored the classic from the 1965 album “Rubber Soul,” but mathematics seems to have finally settled the dispute.

The answer might make McCartney’s fans Cry Baby Cry. That’s Because the evidence strongly suggests that the song was written by Lennon.

But for McCartney fans saying Wait, all hope is not lost.

When the researchers separated the song’s verses from the bridge — what Lennon used to call the “middle eight” — they found Something interesting.

“There was some question about whether McCartney wrote the bridge,” he said. “And it turns out that it’s close to a 50 percent chance that the middle eight was written by him, and the rest is likely to have been written by John.”

To determine which Beatle wrote the song, the researchers spent A Hard Day’s Night developing an algorithm to apply “stylometry” — the use of statistical tools to determine authorship — to the band’s catalog.

“In the context of textual analysis, the way this works is we have a bunch of documents that were written by one author, and a bunch written by another author,” Glickman explained. “The basic strategy in the analysis is to examine the frequency of certain kinds of words in those documents. In the songwriting context … the way we’re doing it is we’re treating songs as two parallel streams of ‘text’ to analyze the melody line and the chords or harmonic structure.”

Interestingly, Glickman said, when the team began looking for the musical characteristics that could Carry That Weight for their analysis, what stood out were pairs of notes and pairs of chords.

“We found pairs of melodic notes and chord pairs to be particularly distinguishing,” he said. “For example, one chord pair that tends to be much more common in a Lennon song than a McCartney song is going from the tonic to the minor sixth, which is a fairly standard rock motif — it’s going from the major tonic chord to its relative minor.”

The tools developed for the study could easily be applied Here, There and Everywhere, he added.

“I think the novelty of this kind of work, to some extent, is the realization that you can apply these kinds of existing tools … to music,” he said. “That really hasn’t been done before. And while the Beatles are the sandbox where we were using these techniques, these methods can be used more generally.

“For example, if you were able to come up with a musical fingerprint of a songwriter or composer, you might be able to use these sorts of tools to make inferences about influence, almost like a phylogenetic tree, but for music.”