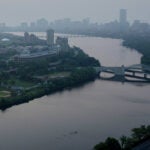 The mechanisms of cooperation aren’t your average inspiration for dance, but to hear Gloria Benedikt tell it, that’s sort of the point.

Benedikt, a graduate of the Harvard Extension School, is one of the creators of “Dancing with the Future,” a multimedia production that incorporates dance, music, spoken word, and science to explore how humans might cooperate with future generations in an effort to solve problems such as climate change.

The production will premiere Tuesday in Farkas Hall, and will later be presented at the International Conference on Sustainable Development at the United Nations General Assembly in New York.

“I call this a choreographed paper,” said Benedikt, who now leads the Science and Art project at the International Institute for Applied Systems Analysis, of the production. “This grew out of an idea I had five years ago, when I was graduating from Harvard. I’d been trained at the Vienna State Opera and worked for a decade in the dance world across Europe and the U.S. But what I noticed with my academic work was that we were focusing on communicating through the written and verbal, although that comprises only 50 percent of communication.

“The two things that make us human are our ability to reason and our emotions,” she continued. “In the sciences we are conversing in terms of reason … but there are other ways of communicating that speak to this other part of what makes us human, our emotions.”

The production will include a text written by Martin Nowak, professor of mathematics and of biology and director of the Program for Evolutionary Dynamics, based on his research on evolution of cooperation.

The goal of the performance, Nowak said, is to engage the audience both intellectually and emotionally, to not only ensure its members understand the science, but are also moved to take action.

“Scientists for decades have been trying to make people aware of climate change,” Nowak said. “And we’re now understanding that science alone doesn’t do it — we need to reach people emotionally. That’s part of the basis for this piece.”

For Benedikt, the notion of exploring the areas where art and science interact grew out of her studies with Martin Puchner, the Byron and Anita Wien Professor of Drama and of English and Comparative Literature and chair of the Committee on Theatre, Dance & Media.

“Gloria was a student of mine. She took a class called ‘The Culture of Capitalism,’ and a few years later she contacted me to tell me she’d turned it into a dance piece,” Puchner said. “I was surprised and thrilled and impressed … but I’ve since learned not to be surprised by anything Gloria does. She is unbelievably inventive and energetic.”

Aside from being a powerful method for science to deliver results to the public, the arts, Puchner said, have a role to play when it comes to helping people understand what those results mean to them.

“The arts have an important role in communicating the results of science, I think that’s a given,” Puchner said. “But the other thing the arts are very good at, and have their own long tradition and expertise in, is making things visible in ways that are both cerebral and emotional at the same time.” 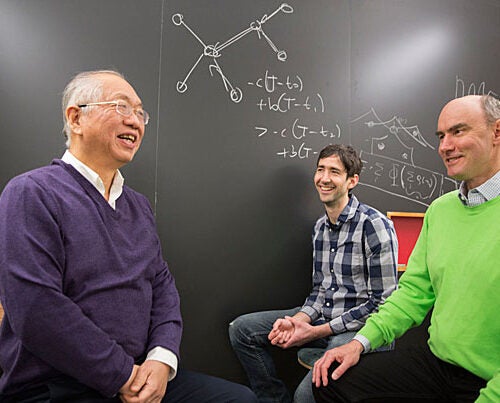 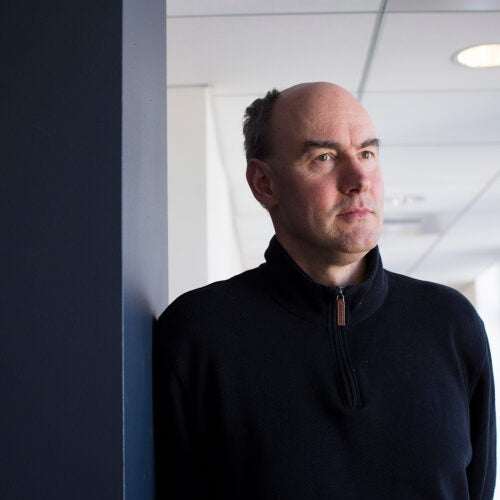 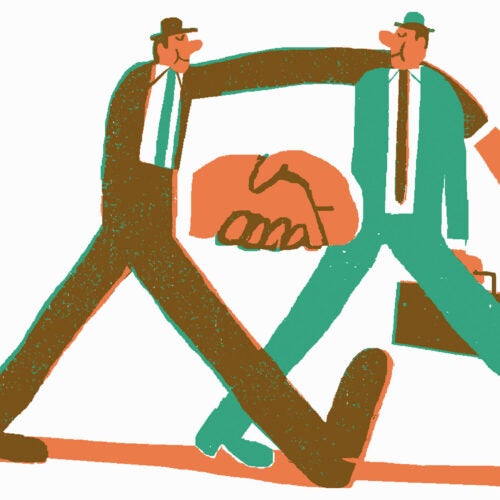 The production, a performance by five dancers and two scientists, will include an interactive game for audience members designed to test whether people have the capacity to leave enough resources behind for future generations. The game is based on the paper “Cooperating with the future” which was published in Nature in 2014.

“We included the game because we wanted to not only make the science understandable, but we wanted people to internalize it,” Benedikt said. “Science can help us to understand what is possible, but art can inspire us to do what is possible. We don’t want people to walk away and say, ‘That was so interesting,’ or, ‘I understand this much better now’ … but then just go home.

“Dancing with the Future” will be presented at Farkas Hall on Tuesday at 7 p.m. Tickets are available at the Harvard Box Office.