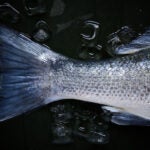 With the incidence of colorectal cancer rising among younger adults, the American Cancer Society has lowered its recommended age for first screening from 50 to 45.

Kimmie Ng of Harvard-affiliated Dana-Farber Cancer Institute was senior author of a recent study linking a low-insulin-load diet — fruits, vegetables, whole grains, and healthy protein and fats — to a dramatic drop in colorectal cancer recurrence. Diet and lifestyle are prime suspects in the rising incidence among under-50 adults, Ng said in an interview. She also discussed the new American Cancer Society guidelines and how her own work seeks to illuminate risk factors in colorectal cancer.

GAZETTE: Is the American Cancer Society’s decision a good one?

NG: I do think it is a good idea, especially in light of the documented rise in incidence of colorectal cancer in young patients. We don’t have direct clinical evidence yet that this is going to be cost-effective, but we are definitely seeing many more patients under the age of 50 who are getting diagnosed with colorectal cancer. Often it is already metastatic at the time of diagnosis.

By lowering the age at which screening starts to 45, I think that we will be able to catch and prevent more of these cancers.

GAZETTE: The recommendation is for more screening, which in many people’s minds means colonoscopy. But it doesn’t necessarily have to be that procedure — correct?

NG: The American Cancer Society’s main message is that any screening is better than no screening, so they have been very careful in not preferentially recommending one screening method over another. They suggest that as long as you get screened by one of the methods in their guidelines, there could be a benefit.

“There is a growing body of literature that the bacteria in the gut are influencing everything from development of cancer to cancer metastasis to how you respond to different treatments.”

GAZETTE: Do you have any sense of what might be causing the increase in younger adults?

NG: That is the million-dollar question. Most of those under age 50 being diagnosed with colorectal cancer do not have a family history or genetic predisposition.

We do think there is a birth cohort effect. [Colorectal cancer] seems to have increased in successive birth cohorts as we go through the years. So we think it is probably some change in behavior or the environment that’s causing this. Our leading hypotheses are the increasing amount of sedentary behavior in younger folks compared with people who grew up in earlier times, the increase in processed foods — and other dietary changes as well — and higher rates of obesity, all of which are linked to development of colorectal cancer.

What’s also interesting — and we’re now actively studying this — is how these behavioral changes relate to the microbiome and how the microbiome relates to the development of cancer and cancer growth and progression. There is a growing body of literature that the bacteria in the gut are influencing everything from development of cancer to cancer metastasis to how you respond to different treatments, even whether or not you have side effects from treatment.

And for colorectal cancer specifically, there have been a couple of different bacterial species, such as Fusobacterium nucleatum, that have been linked to a worse outcome. Because the microbiome is so affected by diet and lifestyle factors, I wonder if some of the link between diet and the rising incidence in young folks may be mediated through changes in the microbiome. 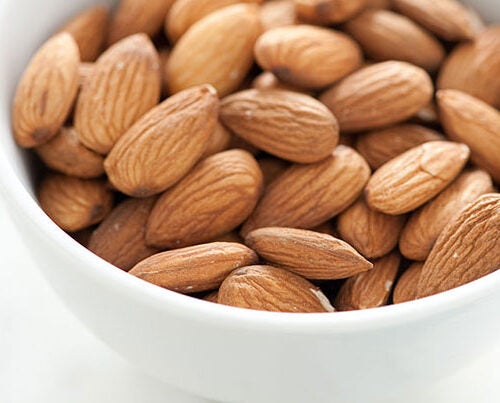 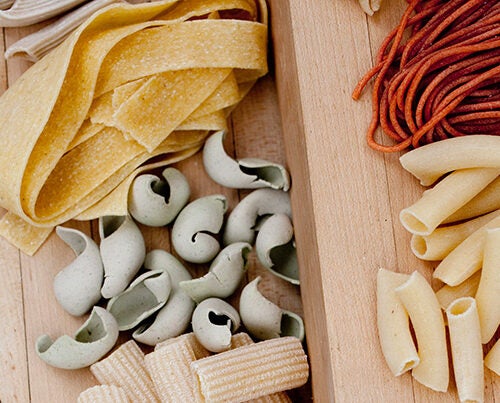 Closer look at high-carb diet and recurrence of colon cancer

GAZETTE: Which leads us to your most recent work. Tell us about the most important findings in this research.

NG: We looked at a completed Phase III clinical trial that was run by the National Cancer Institute of 1,023 Stage III colon cancer patients who had their tumors completely resected at surgery and enrolled in this trial to test two different chemotherapy regimens.

It ended up that those regimens were equally effective, so we were able to pool all those patients and look at their self-reported dietary data, which was collected at two different time points: shortly after starting chemotherapy and then approximately six months after completing chemotherapy.

What we found was that individuals consuming a diet that induced a greater insulin response had a significantly higher risk of their cancer recurring or of dying.

GAZETTE: Can you quantify that a little more?

NG: It was a little more than double the rate of cancer recurrence or death compared to individuals consuming a diet that didn’t induce as much of an insulin response.

GAZETTE: Why did you zero in on insulin specifically?

NG: We have a lot of laboratory evidence that the insulin signaling pathway has tumor growth-promoting properties. It can accelerate cell proliferation. It can prevent apoptosis, which is programmed cell death. These effects can lead to cancer progression and growth.

A lot of dietary factors have been associated with an increased risk of colorectal cancer. We believe the underlying mechanism may be tied to the insulin signaling pathway or energy balance.

This is true for the dietary patterns that we studied. It’s true for obesity. It’s also true for exercise. All of these are related to energy balance and metabolism. So we really wanted to focus on the insulin response to food, rather than just the glucose response to food, which is what the glycemic index measures. We wanted to get right at our central mechanistic hypothesis.

The other reason is that the glycemic index really only deals with the impact of carbohydrates, whereas we know that other types of foods, like proteins and fats, also elicit an insulin response. We wanted to be a little bit more comprehensive.

GAZETTE: What is the take-home message from your work?

NG: This is another addition to the literature that modifiable diet and lifestyle factors actually may be playing an important role in the risk of cancer recurrence and may have a true place in terms of secondary prevention, which is prevention of recurrence in cancer patients.

This is also empowering for patients. I think a lot of times when patients get diagnosed with cancer, the sense of discomfort, unease, and anxiety is related to the loss of control. This is something that patients can take upon themselves to modify, in terms of their diet and physical activity, that may improve their chance of survival.

GAZETTE: How strong generally are the links among cancer, diet, and physical activity?

NG: I recently did a PubMed search on diet and cancer in preparation for a talk, and there were over 44,000 citations. It’s been a topic of interest for well over a century.

The link is stronger for certain types of cancer. Certainly it makes sense for colorectal cancer, where what you’re ingesting comes in direct contact with the area where the tumor is starting. But it also seems to have a very important role in breast cancer. So there are certain cancers where diet and lifestyle seem to be a bit more important.

GAZETTE: What kinds of foods are we talking about in your study?

NG: We have to be a little bit cautious in attributing these high insulin scores to any one particular food, but a lot of them are what you’d expect — a lot of them are carbohydrates. The top food sources for high dietary insulin load are things like potatoes, red meat, milk, breakfast cereals, bread. Yogurt is also high up there.

NG: Exactly. Dietary insulin load actually tracks pretty well with the dietary patterns that we’ve studied and published on in the past. A Western dietary pattern is characterized by foods high in processed sugars, high-fat foods, and red meat, which tend to elicit high insulin responses and have been associated with worse outcomes from colorectal cancer. A more Mediterranean or “prudent pattern” diet typically includes foods that are associated with a low insulinogenic potential.