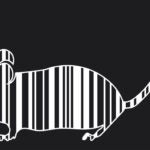 In a kind of geological mystery, scientists have known for decades that a massive ice sheet stretched to cover most of Canada and much of the northeastern U.S. 25,000 years ago. What’s been trickier to pin down is how — and especially how quickly — it reached its ultimate size.

One clue to answering that, Tamara Pico said, may involve changes to the Hudson River.

Pico, who is a Graduate School of Arts and Sciences Ph.D. student working in the group led by Jerry Mitrovica, the Frank B. Baird Jr. Professor of Science, is the lead author of a study that estimates how glaciers moved by examining how the weight of the ice sheet altered topography and led to changes in the river’s course. The study is described in a July paper published in Geology.

“The Hudson River has changed course multiple times over the last million years,” Pico said. “The last time was about 30,000 years ago, just before the last glacial maximum, when it moved to the east.

“That ancestral channel has been dated and mapped … and the way the ice sheet connects to this is: As it is growing, it’s loading the crust it’s sitting on. The Earth is like bread dough on these time scales, so as it gets depressed under the ice sheet, the region around it bulges upward. In fact, we call it the peripheral bulge. The Hudson is sitting on this bulge, and as it’s lifted up and tilted, the river can be forced to change directions.”

To develop a system that could connect the growth of the ice sheet with changes in the Hudson’s direction, Pico began with a model for how the Earth deforms in response to various loads.

“So we can say, if there’s an ice sheet over Canada, I can predict the land in New York City to be uplifted by X many meters,” she said. “What we did was create a number of different ice histories that show how the ice sheet might have grown, each of which predicts a certain pattern of uplift, and then we can model how the river might have evolved in response to that upwelling.”

The result, Pico said, is a model that may for the first time be able to use the changes in natural features in the landscape to measure the growth of ice sheets.

“This is the first time a study has used the change in a river’s direction to understand which ice history is most likely,” she said. “There’s very little data about how the ice sheet grew because as it grows it acts like a bulldozer and scrapes everything away to the edges. We have plenty of information about how the ice retreats, because it deposits debris as it melts back, but we don’t get that type of record as the ice is advancing.”

What little data scientists do have about how the ice sheet grew, Pico said, comes from data about sea level during the period, and suggests that the ice sheet over Canada, particularly in the eastern part of the country, remained relatively small for a long period, and then suddenly began to grow quickly.

“In a way, this study is motivated by that, because it’s asking: Can we use evidence for a change in river direction … to test whether the ice sheet grew quickly or slowly?” she said. “We can only ask that question because these areas were never covered by ice, so this record is preserved. We can use evidence in the landscape and the rivers to say something about the ice sheet, even though this area was never covered by ice.”

While the study offers strong suggestive evidence that the technique works, Pico said there is still a great deal of work to be done to confirm that the findings are solid.

“This is the first time this has been done, so we need to do more work to explore how the river responds to this type of uplift and understand what we should be looking for in the landscape,” she said. “But I think it’s extremely exciting because we are so limited in what we know about ice sheets before the last glacial maximum. We don’t know how fast they grew. If we don’t know that, we don’t know how stable they are.”

Going forward, Pico said she is working to apply the technique to several other rivers along the Eastern Seaboard, including the Delaware, Potomac, and Susquehanna, all of which show signs of rapid change during the same period.

“There is some evidence that rivers experienced very unusual changes that are no doubt related to this process,” she said. “The Delaware may have actually reversed slope, and the Potomac and Susquehanna both show a large increase in erosion in some areas, suggesting the water was moving much faster.”

In the long run, Pico said, the study may help researchers rewrite their understanding of how quickly the landscape can change and how rivers and other natural features respond.

“For me, this work is about trying to connect the evidence on land to the history of glaciation to show the community that this process — what we call glacial isostatic adjustment — can really impact rivers,” Pico said. “People most often think of rivers as stable features of the landscape that remain fixed over very long, million-year time scales, but we can show that these Ice Age effects can alter the landscape on millennial time scales. The ice sheet grows, the Earth deforms, and rivers respond.”

This research was supported with funding from the National Science Foundation, Harvard University, and the American Chemical Society Petroleum Research Fund.