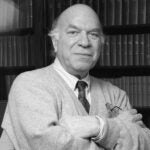 Harvard-affiliated student and alumni organizations, prospective Harvard students, experts in law and education, and peer institutions voiced their support for Harvard’s whole-person admissions process on Monday. The statements, representing more than 70 groups and individuals, were included in a series of legal filings that called for the court to enter summary judgment — or issue an immediate decision — in the University’s favor in a pending lawsuit challenging how the College selects students.

The plaintiff in the lawsuit is Students for Fair Admissions (SFFA), a group founded by Edward Blum, the architect of numerous lawsuits in recent years attacking civil rights safeguards. Last month Harvard and SFFA filed motions for the court to decide the case now, preempting a trial that is currently scheduled for October.

The amicus briefs, or “friend of the court,” legal papers and declarations submitted Monday in U.S. District Court in Boston were among the latest filings in a case in which SFFA alleges discrimination against Asian Americans in Harvard College admissions. The more than 170 pages of documents filed in support of Harvard’s position disputed claims made by SFFA. The court also received amicus filings that back SFFA.

The briefs supporting Harvard argue that the College’s race-conscious admissions policies are both consistent with the law as repeatedly affirmed by the Supreme Court and reflective of efforts by colleges and universities nationwide to advance student diversity.

“A diverse student body is essential to educational objectives of colleges and universities,” and “each institution should be able to exercise its academic judgment to determine within broad limits the diversity that will advance its own particular mission,” stated an amicus brief filed on behalf of 37 colleges, universities, and higher education associations. “[The organizations] also believe that holistic review remains a cornerstone for the consideration of race in admissions,” the brief continued, “because it gives each applicant individualized consideration and reduces no one to his or her race.”

Mary Sue Coleman, president of the Association of American Universities and a signatory to the brief, said in an interview that colleges and universities must be allowed flexibility in their admissions practices. Every institution is different, she noted, and when it comes to diversity “what works for one university may not work for another.”

“When schools are trying to decide among thousands of highly qualified applicants it’s vital that they are able to use their discretion and make decisions about whom to admit ­— ­­as Harvard does with its whole-person review ­— based on the careful consideration of a wide range of factors,” Coleman said.

Diversity is key to ensuring that students are exposed to myriad perspectives in the classroom and on campus, which in turn is central to preparing them for success in a globalized world, Coleman added. As evidence, she pointed to social science research, including work by University of Michigan professor Scott Page showing that groups of people with different backgrounds and views tackle challenging problems more effectively than those with similar backgrounds and views.

Coleman became president of the University of Michigan in 2002 amid two lawsuits alleging that the school’s admissions process gave preferential treatment to minorities. In its 2003 rulings, the Supreme Court upheld the university’s right to use race as one factor among many in admissions. If the Harvard case were to be heard by the Supreme Court, Coleman said, she hopes the justices would “respect the established legal precedent.”

Student and alumni groups speak out

Twenty-one student and alumni groups added their names to a separate amicus brief submitted in collaboration with the NAACP Legal Defense and Educational Fund. The Harvard Asian American Brotherhood, the Harvard-Radcliffe Asian American Women’s Association, the Harvard-Radcliffe Black Students Association and Fuerza Latina of Harvard, and the Coalition for a Diverse Harvard were among the groups named in the brief representing “current and former Harvard students from myriad backgrounds, experiences, and racial and ethnic heritages” who support Harvard’s consideration of race as one of many factors in its admissions review:

“Their unequivocal commitment in support of this consideration is based both on the significance that their members personally ascribe to their racial or ethnic identity and because they can attest personally to the devastating consequences that would result to the educational experience of all Harvard students if they were deprived of the benefits of learning from fellow students with diverse backgrounds and experiences.”

Jeannie Park ’83 is a co-founder of the Coalition for a Diverse Harvard, an alumni association with nearly 1,100 members that has repeatedly spoken out against the SFFA and in support of Harvard’s whole-person admissions. Park, a member of the coalition’s five-person steering committee, said that the organization considers the Blum-sponsored lawsuit part of an effort to undermine diversity more broadly.

“We see the attack on the admissions process as an attack on race-consciousness in society as a whole in terms of diversity and inclusion practices that are so necessary in government, in business, in a range of areas,” said Park. “The significance of the case goes way beyond Harvard and college admissions, and we just felt like we had to fight it.”

Park, who grew up in Ohio, said that her Harvard time helped shape her career and her advocacy and nonprofit work. Being exposed to so many different people in college “was mind-blowing in a good way and in an affirming way,” said Park who was one of only two Asian Americans in her high school class.

“We as alumni and students feel that creating a class that is diverse in every dimension possible ­— and racial and ethnic background is one of those dimensions — was and is really important to our educational experience. It’s a core part of Harvard’s educational mission, and I think all of us can speak to the effect that that had on what we learned and on our lives post-college.”

Other supporters weighing in with legal briefs on Monday included 15 current and prospective students and alumni of various ethnicities, class years, and concentrations. The group, which is being represented by the Asian American Justice Center and the Lawyers’ Committee for Civil Rights, concluded that “there is simply no causal link in the record between Harvard’s individualized consideration of race to promote diversity and any bias against Asian American students.”

A separate brief filed on behalf of 16 other U.S. universities firmly backing Harvard’s race-conscious admissions emphasized the importance of a diverse student body in both shaping a college education and benefiting society, and noted their “decades of experience in finding that individualized and holistic review of applications is the best means that universities can employ in pursuit of meaningful diversity. [We] consider race and ethnicity as one factor among many in order to better understand each applicant and the contributions he or she might make to the university environment.”

In its latest legal brief, filed on Friday, Harvard again disputed the SFFA claim that it discriminates against Asian Americans in admissions, stating that the evidence fails to show that the school considers race in any manner but that permitted by law.

The filing also reiterated the findings of David Card, a leading economist and professor at the University of California, Berkeley, who analyzed six years of admissions data for Harvard and found no evidence of discrimination against Asian Americans. The statistics supplied by SFFA “are disputed in every relevant respect” by Card’s “far more comprehensive and statistically sound analysis,” according to the Harvard filing.

In a companion document filed on Friday, Harvard also took issue with what it called SFFA’s “900 paragraphs of supposedly undisputed facts — many of which are neither undisputed nor even facts,” arguing that they “confirm that SFFA’s summary judgment filing is not a serious effort to persuade the Court that this case can be resolved in SFFA’s favor without a trial but rather an opportunity to present a fundamentally misleading account of the record to the public. Unable to find any actual documentary or testimonial support for the purported scheme of intentional discrimination … SFFA instead relies on distortions of the record and misleading characterizations of data analysis.”

An SFFA filing contesting Harvard’s motion for summary judgment was also submitted to the court on Monday. The brief repeats the group’s claim that Harvard intentionally discriminates against Asian Americans in its admissions process, engages in racial balancing, uses race as more than just a “plus” factor to achieve student-body diversity, and has failed to adequately consider whether it could achieve the benefits of diversity through race-neutral alternatives.

Below is the full list of student and alumni groups that were part of one of many amicus briefs filed on Monday in support of Harvard: