The love lives of fruit flies 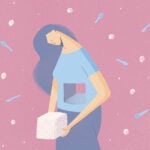 Two fruit flies meet in an acrylic mating chamber and check each other out. It’s the insect version of speed dating for science.

The male taps the female with his leg, which is studded with pheromone-sensing receptors. He then might doggedly follow her around and serenade her with a song by sticking out a wing and vibrating it. But before the male engages in this courtship ritual, he needs to make an important decision: Should he put the moves on this female or not?

In a study published online July 5 in Neuron, scientists at Harvard Medical School (HMS) show that what tips the balance in favor of or against is a convergence of motivation, perception, and chance. The combination, the researchers found, powerfully influences the balance of excitatory and inhibitory inputs to a small region of the brain.

It’s not about sex

Understanding the mechanisms of insect choice, the research team said, could help scientists glean insights into and develop strategies for the treatment of human disorders where motivation goes awry, such as addiction and depression.

For study authors Dragana Rogulja, assistant professor of neurobiology at HMS, and Michael Crickmore, assistant professor of neurology at HMS and the F.M. Kirby Neurobiology Center at Boston Children’s Hospital, helping unravel the neurobiology behind such abnormalities in human motivation is the ultimate quest. However, their explorations take place in the insect brain’s motivation circuitry — the interconnected sets of neurons that fruit flies use to choose whether to do things like eat, sleep, or mate.

Fruit fly courtship is an ideal model to study this fascinating circuitry, explained Rogulja, because the anatomy that governs this phenomenon is relatively simple and sexually dimorphic in these insects, which makes it easy to locate and manipulate. A group of about 20 neurons, called P1, functions as the male fly’s courtship command center.

The team’s research shows that when male fruit flies give females a leg tap, the likelihood of initiating courtship is based on two factors: the males’ internal state — their libido or how amorous they feel — and on external stimuli, such as the “quality” of their mating target.

For example, males who haven’t mated in a while will initiate courtship about 44 percent of the time following each leg tap of a female that is sexually mature and also hasn’t mated in a while. That number drops to about 7 percent if presented with a female who has recently mated, and to about 6.5 percent if the male has engaged in a lot of recent mating himself.

Based on previous work in their laboratories, Rogulja and Crickmore knew that dopamine — a brain chemical that guides desire and motivation in flies and humans alike — is a catalyst in fly mating, and that dopamine levels are high in sex-starved male flies. But the neural mechanisms by which this chemical signal directs courtship behavior were unknown.

Inside the male (fruit fly) mind

To better understand what motivates courtship in male flies, the researchers used a combination of different methods, including a technique that makes neurons light up under the microscope, deleting particular receptors from the surfaces of other neurons, and using light to stimulate or inhibit populations of neurons.

Together, their results paint a picture of what’s happening inside the male fly brain.

After that initial leg tap, the researchers explained, a flood of both excitatory (“Go for it!”) and inhibitory (“Don’t bother”) signals flow into the courtship command center, the P1. If the male’s target is perceived as “low quality” — not sexually mature, too young, too old, or if his pheromone receptors detect a low level of sexual desire in her — the P1 center will receive more inhibitory than excitatory signals.

However, according to Rogulja, if the male fly’s P1 neurons receive a lot of dopamine, they become less sensitive to the inhibitory signals, giving the male fly the go-ahead to court, sometimes even under circumstances that aren’t ideal.

The circuits underlying the decision to pursue someone or something, however, may incorporate an element of chance, rendering these generally logical behaviors occasionally quirky and even irrational.

After the initial decision to court, dopamine is also responsible for maintaining courtship behavior all the way until mating, she explained. Flies with low levels of dopamine might make a half-hearted attempt at courting but quickly give up.

However, those with high levels of dopamine are likelier to persistently pursue their love interests.

“Dopamine tells the command center how to respond initially and when to give up,” Rogulja said. “The decision to court is a function of these neurons.”

However, noted Crickmore, the male flies didn’t act reflexively — even highly motivated males paired with ideal females didn’t court after every tap. They did so only 44 percent of the time. Similarly, males with low motivation because of recent mating or a less-than-ideal target still courted occasionally. This binary decision to court or not court, he explained, has an element of chance, like a coin toss, weighted by factors including the male’s motivation and the sensory information he receives from the female.

That element of chance is a key part of what makes the brain’s motivation circuitry different from the circuitry responsible for processing sensory or motor signals.

“When you cross the street, you want to be able to see a car coming toward you with 100 percent certainty,” said Crickmore. “When you’re walking, you want your right leg to follow your left leg 100 percent of the time. You don’t want things left up to chance.”

The circuits underlying the decision to pursue someone or something, however, may incorporate an element of chance, rendering these generally logical behaviors occasionally quirky and even irrational.

In future studies, Crickmore and Rogulja want to understand better how chance is integrated into motivational circuits by identifying the responsible genes and circuit principles.

Importantly, the scientists said, the neurobiology and neurochemistry of fruit fly motivation might bring about valuable insights into what goes awry in addiction, in which individuals are propelled toward substances or activities that can be harmful, or in depression, where it’s hard for people to summon up motivation even for the normal activities of daily life.

“When you think about it this way, these conditions lock individuals on the wrong end of the probability distribution,” Crickmore said. “Doing productive things too rarely or engaging in destructive behaviors too often.”

Historically, the researchers said, discoveries made in the fruit fly model have translated well into insights about humans — evidenced most recently in last year’s Nobel Prize for elucidating the molecular mechanisms of circadian rhythms.

This work was supported by the New York Stem Cell Foundation.