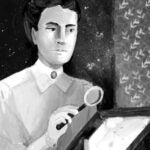 ‘Up until now, we didn’t have evidence from nature that natural selection acted on individual variation in behavior’

For more than a century, scientists have understood that natural selection has profound effects on how an animal looks. Anole lizards that spend more time on the ground, for example, need longer legs for running, while species that remain in the trees usually have shorter legs better suited for climbing.

But can different behaviors be favored by natural selection in different environments?

Scientists have long believed the answer was yes, but without much backing from empirical data. Now, a paper authored by Oriol Lapiedra demonstrates a link between individual variation in risk-taking behavior and survival of animals in changing environments.

Lapiedra worked on the research as a postdoctoral fellow in the lab of Jonathan Losos while both were still at Harvard. (Losos is now the William H. Danforth Distinguished University Professor at Washington University in St. Louis and director of its Living Earth Collaborative.) Researchers from the University of Rhode Island, the University of California at Davis, and the University of Missouri also worked on the study, which was described in a paper published earlier this year in Science.

“As biologists, when we describe animals, we have the genetic part, what we call genotypes, and we have what we can see about the animal, what we call phenotypes,” Lapiedra said. “Traditionally, when we think of phenotypes, we focus on morphology and physiology, but another important dimension of phenotype is behavior. Because behavior actually determines how animals interact with their environment, we expected it to be an important factor for animals to survive new ecological challenges. For instance, one would expect that behavior will play a relevant role in determining the survival of animals in the current context of global climate change.”

Anole lizards, native to islands through the Caribbean, are widely studied by biologists, including Losos. They prefer to perch on low vegetation, but must forage for food on the ground, which exposes them to predatory lizard species.

“As you can imagine, there’s a trade-off here,” Lapiedra said. “They need to go to the ground to get food, but that’s where the predators are. So you could make a prediction that, if ground predators aren’t present, the animals that are more bold, or willing to take risks, might go to the ground more often. They would get more food, have more offspring, and pass on their genes.

“But what happens when there are predators on the ground?” he said. “Then you would expect the opposite to happen — the bold lizards would be killed more frequently. This is a very simple idea, but up until now, we didn’t have evidence from nature that natural selection acted on individual variation in behavior.”

To test the idea, Lapiedra identified a number of tiny — only a few hundred square feet — islands in the Bahamas that had been wiped clean of lizards by recent hurricanes. The researchers trapped hundreds of lizards, and then carried out tests to evaluate their risk-taking behavior. Based on the results, each lizard was assigned a score on a spectrum from very bold to very shy, and then implanted with a unique “alpha tag” similar to those used to identify pets.

“What we did was to simulate the process of natural colonization on these islands,” Lapiedra said. “On eight islands, we released lizards that ranged from very bold to very shy. On four of the islands, we went back one week later and also released native ground predators, namely curly tailed lizards, so what we have are two scenarios.

“On four islands, the lizards can get as much food as they want, and they don’t need to worry about predators on the ground. On those islands we expected the lizards who were more willing to take risks to survive and produce more offspring.

“On the islands with predators, however, we expected that lizards with bolder personalities would spend a lot of time on the ground, and would be more vulnerable to predation. After a few months, when we went back to the islands, that’s exactly what we found.”

Though the study demonstrated that behavioral traits can face pressure from natural selection, it’s not yet clear whether they can be inherited by later generations.

“Natural selection is crucial for adaptation to new environmental challenges,” Lapiedra said. “But the presence of natural selection per se does not imply evolution. What we have shown is that there is consistent variation in behavior. If there is heritability in behavior … lizards that are more bold would have more bold offspring. But so far, we don’t have evidence for this. We can say that some phenotypes survive better than others in certain conditions … but that does not necessarily imply evolution.”

That evidence may be on the way. Lapiedra and colleagues have been collecting genetic samples from the offspring born on the islands, and are using genetic tools to identify whether they inherit their bold or shy nature from their parents.

“We have two years of data already,” he said. “From that we hope to be able to say if behavior is heritable or not, and if it’s changing in one direction or not. So that would provide actual evidence for evolution in behavior.”

This research was supported with funding from a Beatriu de Pinós Postdoctoral Fellowship, the Museum of Comparative Zoology, a National Geographic Explorer Grant, and the University of Rhode Island.