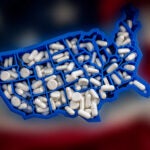 In August 1968, a committee at Harvard Medical School published a landmark document titled “A Definition of Irreversible Coma.” In addition to the traditional way of defining death, in terms of the loss of cardiorespiratory function, the committee suggested a new definition of death — brain death — that focused on the loss of neurological function. The report provided a foundation for the eventual adoption of legislation that established brain death as legal death in all 50 states.

The issue has come under increasing scrutiny in recent years, due in large part to the case of Jahi McMath,  whose brain death was contested by her family for nearly five years, during which time the California girl grew, developed, and even went through puberty. McMath died on June 22, following liver failure.

In a recent article in the Journal of the American Medical Association, Harvard bioethicist Robert Truog called attention to how the McMath case highlighted ambiguities around brain death. We spoke to Truog about the role of the HMS panel in establishing guidelines for the condition, why those guidelines have been controversial, and more.

GAZETTE: Can you talk about the 1968 report that helped lay the foundation for the concept of brain death?

This question merged with others that came out toward the end of 1967, when Christiaan Barnard performed the first heart transplant in Cape Town, South Africa, and really captured international imagination about what was going to be possible with organ transplantation. But there was also a question of whether the donors were dead at the time that the heart was removed, or whether it was the removal of the heart that actually killed the donors.

There were a number of groups around the world that began to consider this, but the one that I think certainly had the biggest impact was the one that was formed by Henry Beecher at Harvard Medical School. Early in 1968, Beecher went to the dean of the Medical School and convinced him that this was a very important emerging issue and that he should put together an ad hoc committee to think about it.

The committee was confident that they had developed criteria for defining a state of “irreversible coma.” They were able to diagnose when a patient was never going to wake up again. It was in the subtitle that they mentioned this as a possible new definition of death. If you think about it, it’s not entirely intuitive that just because somebody is permanently unconscious, they are therefore “dead.” And I think the committee recognized this when they wrote the paper. They were confident about the irreversible unconsciousness part. They were tentative about saying that maybe this could be a new definition of death.

And this is really the root of the controversy that has persisted for the past 50 years. That link, between being irreversibly unconscious and being dead, has never really been made in a convincing way.

“How do we talk about brain death in a way that is both factually correct and yet also captures the view that brain death is a very reasonable place to draw the line between life and death?”

GAZETTE: Just because the brain isn’t working, why would you say this is death — that’s the controversy?

TRUOG: That’s right. There are two ways to approach it. One is to say that this is an entirely new way of thinking about death. When a human being has lost the capacity for consciousness, now and in the future, we should consider them to be dead. But that’s really more of a moral judgment than a biological fact.

As the years went by, people became uncomfortable with the notion that we would consider individuals to be dead on the basis of a moral judgment. So in 1981, when a president’s commission came along and actually proposed the law that we have now for brain death, it was very interested in finding a way to think about brain death as a biological fact and not just a moral judgment.

James Bernat, a neurologist at Dartmouth, proposed a rationale for why brain death and biological death could actually be one and the same. He claimed that when patients have the devastating brain injury that represents brain death, it turns out that they always have a cardiac arrest within a very short period of time, no more than a few days.

His idea was that the brain is the master integrator of the body, and when the brain is severely damaged, the body just falls apart. In fact, this was probably true in 1981. But it is definitely not true today. With modern ICU care, once patients with brain death have been stabilized for a few weeks, it turns out that, in some cases, their bodies may survive for years. Jahi McMath was one good example of this.

So the problem is that the central justification equating brain death with biological death is now known to be false. In some cases — particularly involving children and otherwise healthy young adults — patients diagnosed as brain-dead can actually survive biologically many years, provided they receive basic life support like mechanical ventilation and tube feedings.

GAZETTE: Has anybody who has been diagnosed as brain-dead ever recovered? Could technology someday make a difference?

TRUOG: Really good questions. One of the reasons that we are comfortable with the notion of brain death is because there’s never yet been a case of anyone who’s been correctly diagnosed as brain-dead who’s ever had any neurological recovery.

So, in my role as an intensive care unit physician at Children’s Hospital, when I talk with parents whose child has been diagnosed as brain-dead, I’ve been able to look them in the eyes and say with certainty that, tragically, their child will never regain consciousness.

But it turns out that at least one of the neurologists who examined Jahi McMath thinks that she may have shown signs of consciousness in the months and years before her recent biological death. His findings were not confirmed by other neurologists, and now we may never know, but if other cases arise where this turns out to be true, then we may need to refine the testing we do for brain death to be absolutely certain that recovery of consciousness is impossible.

The second point you raise is whether with new technologies like deep-brain stimulation we might actually be able to reverse brain death. It’s a good question, but we need to remember that brain death is really a devastating degree of brain injury. At this point I think there is absolutely no reason to believe that any conceivable type of technology will be able to reverse it. I do think new treatments like deep-brain stimulation have potential, but this will be in patients who have much less severe degrees of brain injury.

GAZETTE: Where does this debate stand now? Are we searching for a new rationale for why brain death is “really” death?

TRUOG: It’s a bit of a paradox. The standard view is still that brain death is no different from regular cardiorespiratory death. I think, however, that it is pretty clear that this standard view is false.

There’s lots of evidence — including this very striking case of Jahi McMath — which really demonstrates that it’s not true. So I think this has been one of the challenges for the medical community. How do we talk about brain death in a way that is both factually correct and yet also captures the view that brain death is a very reasonable place to draw the line between life and death?

I believe brain death is a reasonable way of defining death, not because it necessarily represents biological death, which I don’t believe it does, but because drawing the line at the level of a very, very severe degree of brain injury is a reasonable point at which to allow patients and families to recognize that their loved one is never coming back, to initiate the mourning and other procedures we do around the death of a person, and most importantly to permit that person to be able to donate their organs in order to save the lives of others. Since 1968 literally hundreds of thousands of lives have been saved or improved because we’ve been able to view this diagnosis as a legitimate point for saying that these patients may be considered legally dead.