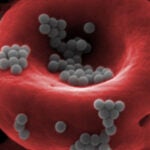 Congressional districts with the highest opioid prescribing rates are predominantly concentrated in the Southeastern U.S., with other hotspots in Appalachia and the rural West, according to a new study led by the Harvard T.H. Chan School of Public Health. The study, the first to focus on opioid prescribing rates at the congressional district level, could help federal and state policymakers better target intervention and prevention strategies.

The study found that Alabama’s Fourth Congressional District had 166 opioid prescriptions per 100 people, the highest rate of any district in the nation.

The study was published online today in American Journal of Public Health.

“It is important for public health research to focus on geographical units such as congressional districts, as it allows for elected representatives to be more informed about important issues such as the opioid epidemic. Because a congressional district has a named elected representative, unlike, say, a county, it brings a certain degree of political accountability when it comes to discussing the opioid epidemic,” said S V Subramanian, professor of population health and geography.

The study found that Alabama’s Fourth Congressional District had 166 opioid prescriptions per 100 people, the highest rate of any district in the nation. Districts in Kentucky, Tennessee, Mississippi, Arkansas, Virginia, and Oklahoma rounded out the 10 areas with the highest prescribing rates. Other high prescribing rates were found in districts located in eastern Arizona, Nevada, northern California, rural Oregon, and rural Washington state.

The findings come amid a national opioid epidemic that has claimed tens of thousands of lives. Between 1999 and 2010, prescription opioid-related overdose deaths quadrupled, according to the U.S. Centers for Disease Control and Prevention, and in 2013 the epidemic was estimated to cost $78.5 billion — one-third of which was spent on health care and treatment costs. In 2016 overdoses resulted in more than 42,000 deaths, and the following year President Trump officially declared a public health emergency.

“A great deal of variation may exist between state-level opioid prescribing rates and prescribing rates in specific congressional districts within the state,” said Lyndsey Rolheiser, a postdoctoral research fellow and lead author of the paper. “Having these data could help representatives advocate more strongly for federal policies aimed at curbing the opioid epidemic and helping their constituents.”

Other Harvard Chan researchers who contributed to this work included Jack Cordes, a master’s student in epidemiology.