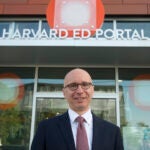 As more states legalize medical marijuana, two key groups — researchers whose job is it to understand its benefits and drawbacks, and physicians charged with advising potential users — are struggling to catch up with policymakers.

Ilana Braun, an assistant professor of psychiatry at Harvard Medical School and chief of the division of adult psychosocial oncology at the Dana-Farber Cancer Institute, led a survey of cancer physicians around the country, exploring their attitudes and actions on medical marijuana.

The survey was sent to 400 oncologists, with a 63 percent response rate. We asked Braun to outline her findings, which were published last month in the Journal of Clinical Oncology.

GAZETTE: What are the highlights of the survey?

BRAUN: I think the key messages from the data are, first of all, though almost half of oncologists surveyed recommend medical marijuana clinically, less than a third feel equipped with enough knowledge to make such recommendations.

Our second key message is that medical marijuana is a salient topic in today’s cancer care. Eighty percent of oncologists we surveyed hold discussions with patients about medical marijuana. Sixty-seven percent believe it to be useful as an adjunct to standard pain management, and 68 percent for poor appetite cachexia [illness-related weight loss and frailty].

The third key message is that there are some nonmedical variables that affect how oncologists approach medical marijuana, and these include region of practice, practice setting, and the number of patients they see.

GAZETTE: So a significant percentage of oncologists who recommend medical marijuana to their patients also say they didn’t feel knowledgeable enough to do so. How do we make sense of that? I assume it’s not as simple as these folks being bad doctors.

BRAUN: Right, and I don’t want to imply that. Unfortunately, our survey wasn’t designed to drill down into why this might be the case, but it’s definitely curious and we need to explore more.

GAZETTE: Is this an education problem or a research problem?

BRAUN: I think it’s probably a little bit of both. There isn’t a lot of high-quality research done in oncology regarding medical marijuana. So we probably need some clinical-effectiveness trials involving medical marijuana in oncology — and in other illnesses — and then I think we probably need more research in how to best inform medical professionals, particularly oncologists, who are frequently confronted with this issue.

GAZETTE: How do physicians, once they become licensed and go out into practice, keep up on recent developments like the advent of medical marijuana?

BRAUN: That’s a good question. We all take it upon ourselves to read scientific literature that comes out. We have journals like the New England Journal of Medicine, or our specialty journals. We try to read those. Then we’re obligated by licensing bodies to complete continuing medical education credits, otherwise known as CMEs. In that context, we go to national conferences or do online modules, so we are constantly trying to broaden our knowledge and keep current. And then many of us are obligated to retest at regular intervals, let’s say every 10 years.

GAZETTE: Do we know whether there are CMEs specifically about medical marijuana?

BRAUN: There certainly are. I believe that in the state of New York, in order to become a physician who can formally recommend medical marijuana to patients, you need to complete a four-hour CME requirement. It’s a state-organized curriculum. In Massachusetts, you have to complete two of what we call level 1 CMEs on medical marijuana, so a two-hour course.

GAZETTE: What do we know about the medical benefits of marijuana, for pain, nausea, anxiety — some of these conditions that it’s potentially useful for?

BRAUN: Randomized control trials of whole-plant medical marijuana haven’t been carried out in cancer patients, so oncology often draws from evidence in clinical trials carried out on other diseases and also from clinical trials carried out with pharmaceutical cannabinoids [the active compounds in marijuana]. Maybe pharmaceutical cannabinoids have one active ingredient, or two active ingredients — they may be synthetic, they may be herb-derived — but it’s different from marijuana. We extrapolate from those.

In that context, the indication that probably has the strongest evidence base is pain. There have been more than half a dozen good, randomized control trials of whole-plant medical marijuana for pain management.

GAZETTE: And they showed that it’s effective?

BRAUN: They showed that it’s effective. And there are FDA-approved cannabinoid pharmaceuticals that you can get at the pharmacy, dronabinol being one of them. It’s FDA-approved for weight-loss cachexia. I’m sure oncologists are extrapolating from their knowledge of this drug that they use all the time in the clinic.

GAZETTE: Why is it important that the usefulness of medical marijuana be tested specifically in an oncology setting?

BRAUN: Other studies are usually done in very specific populations. It’s not clear you can generalize them to another disease.

GAZETTE: Without the studies that you believe are still needed, is marijuana legalization premature?

GAZETTE: Why did you do this study?

BRAUN: I worked clinically with cancer patients and found that the topic of medical marijuana comes up frequently in the exam room.

Second, 30 states and the District of Columbia have these comprehensive medical marijuana laws, and the vast majority name cancer as a qualifying condition. Very few other conditions exist in almost every state law — cancer and HIV/AIDS — and yet the views of oncologists regarding medical marijuana had not been explored. So I thought this was a hole in the literature that should be plugged.

This interview has been edited and condensed.