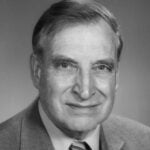 Michael Sandel, the Anne T. and Robert M. Bass Professor of Government, has won the 2018 Princess of Asturias Award in Social Sciences from Spain for his strong work “on the normative foundations of liberal democracy as well as the defense of civic virtues and the diverse ways of conceiving good in our societies.”

“In addition to his public vision of justice, he stands out for his criticism of the excesses of the logic of the market and for promoting debate aimed at solving major moral dilemmas,” the jury wrote of Sandel in its citation.

Sandel, who joined Harvard’s Faculty of Arts and Sciences in 1980, has written globally influential works on justice, ethics, democracy, and markets. His books, which include “What Money Can’t Buy: The Moral Limits of Markets,” “Justice: What’s the Right Thing to Do?” and “The Case Against Perfection: Ethics in the Age of Genetic Engineering,” have been translated into 29 languages.

“At a time when civil discourse and mutual respect face hard times around the world, the humanistic ideals for which the Princess of Asturias Foundation stands matter more than ever,” Sandel said. “I am proud to be associated with the foundation’s mission of promoting cultural understanding and pluralist ideals.”

The Asturias is awarded in eight categories, including literature, science, and the arts, and comes with €50,000 (about $59,000) and a Joan Miró sculpture. Previous laureates include Jurgen Habermas, Stephen Hawking, Doris Lessing, and Bob Dylan. Sandel will receive the award Oct. 19 in a ceremony presided over by King Felipe VI of Spain. In a letter to Sandel, the king praised him as being exemplary in “the public use of reason in the search for truth.”

“In a world yearning for humane, ethical solutions to our dilemmas, Michael may be the most important global thinker of our times,” Carpenter said. “I have taught Michael’s work for almost 20 years and have studied it for over 30. His insistence upon the development and continuance of fundamentally human commitments — autonomy, community, justice — is ever more relevant, ever more illuminating to students and scholars.”