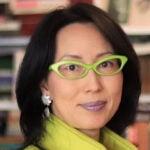 Minow, who was dean of Harvard Law School from 2009 to 2017, will begin her appointment as the 300th Anniversary University Professor on July 1.

Known for her wide-ranging intellectual curiosity and influential interdisciplinary scholarship, Minow has offered original ways to frame and reform the law’s treatment of racial and religious minorities as well as women, children, and persons with disabilities. She has taught and written about privatization, military justice, and ethnic and religious conflict, among other matters. Her work in constitutional law has addressed issues of equal protection, freedom of speech, the religion clauses, and federalism. Her current work focuses on whether and when legal systems and rules should promote forgiveness.

“Martha Minow is a scholar of extraordinary scope, imagination, and impact, whose wide-ranging work is anchored in a deep commitment to justice,” said Harvard President Drew Faust. “Throughout her career, she has powerfully combined scholarship with service and education with inspiration. It is a special pleasure to recognize her with the 300th Anniversary University Professorship.”

John F. Manning, Morgan and Helen Chu Dean and Professor of Law at Harvard Law School (HLS), noted that “Martha Minow has been a transformative scholar across multiple fields and disciplines, a devoted and influential teacher, an innovative and impactful dean, and a tireless advocate for those in need of legal services.

“I am delighted that the University has recognized her extraordinary contributions to Harvard and to the world by appointing her the 300th Anniversary University Professor,” said Manning.

Among Minow’s most influential works are two books, “Between Vengeance and Forgiveness,” which addresses legal and societal responses to mass violence, and “Making All the Difference,” which examines the legal treatment of group differences and identities in areas including race, gender, disability, and sexual orientation. She is frequently cited for her publications on the interpretation of rights, on the privatization of traditionally public services (such as prisons, schools, and police), on the influences of social history on family law, and on violence within families and between groups.

“It is an honor to teach and study at this extraordinary University, as it was to serve as dean of the Law School under President Faust’s outstanding leadership,” said Minow, who also was a fellow last year at the Radcliffe Institute for Advanced Study. “And now, this recognition moves me to work even harder to try to advance justice with every possible tool. This new appointment provides energizing encouragement as I return to the classroom after a wondrous, boundary-crossing year with generous colleagues at the Radcliffe Institute. I am particularly humbled to follow Laurel Ulrich and Derek Bok, whose works exemplify imagination, rigor, and conscience. I will work hard to be worthy of the great traditions and aspirations of Harvard and the project of using reason to advance understanding, opportunity, fairness, and peace.”

A recipient of nine honorary degrees, Minow received her bachelor’s degree from the University of Michigan (1975), a master’s degree in education from the Harvard Graduate School of Education (1976), and a law degree from Yale Law School (1979), where she was an editor (1977–78) and then the articles and book reviews editor (1978‒79) of the Yale Law Journal. Following law school, she was a clerk to Judge David Bazelon of the U.S. Court of Appeals for the D.C. Circuit (1979–80) and Associate Justice Thurgood Marshall of the U.S. Supreme Court (1980–81).

A highly regarded and dedicated teacher who has taught more than 25 different courses, seminars, and reading groups at the Law School, she began her academic career there as an assistant professor of law in 1981. She was promoted to professor of law in 1986 and to a named professorship in 2003. She received HLS’ Sacks-Freund Award for Excellence in Teaching in 2005, and chaired the HLS curricular review from 2003 to 2007. She holds an appointment as lecturer on education in the Harvard Graduate School of Education, and is a longtime senior fellow in the Harvard Society of Fellows.

As dean of the Faculty of Law from 2009 to 2017, she guided HLS through a time of strong faculty hiring, notable curricular and pedagogical innovation, significant expansion of the School’s clinical programs, growth in financial aid, emphasis on public service, enhancements of the physical plant, and careful financial management. She is past acting director of what is now the Safra Center for Ethics at Harvard, and was the inaugural chair of the Deans Steering Committee of the Association of American Law Schools from 2013 to 2015. She has delivered more than 75 major lectures in this nation and abroad on topics ranging from religion, medicine, and law to genocide and mass violence, from the legacy of Brown v. Board of Education to access to justice.

Besides Minow’s scholarship, teaching, and service to Harvard, she is highly active in service to the legal profession and the broader community. Since 2010 she has been vice chair of the board of directors of the Legal Services Corporation, the largest funder of civil legal aid for low-income Americans, and previously served on the Boston Bar Association Statewide Task Force to Expand Civil Legal Aid in Massachusetts. She serves on the boards or advisory councils of such diverse organizations as the Advantage Testing Foundation, the American Bar Association Center for Innovation, CBS, the MacArthur Foundation, the MIT Media Lab, the Russell Sage Foundation, and WGBH.

Minow will occupy the University Professorship held since 2006 by the American historian Laurel Thatcher Ulrich, who will retire on June 30. Prior incumbents include President Emeritus Derek Bok.