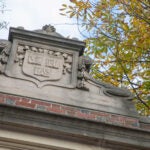 Two weeks after Commencement activities for the Class of 2018, Harvard recognized another high-achieving group — employees whose commitment to a job well done is felt each and every day by their colleagues across the University.

The exemplary efforts of Harvard Heroes were honored Thursday during a jubilant ceremony at Sanders Theatre before more than 1,000 family members, friends, and co-workers. Nominated and selected by their peers, this year’s class totaled 61 employees, including  Harvard President Drew Faust, who is stepping down at the end of the month after more than a decade as Harvard’s leader.

“Some of you might have seen this selfless and dedicated individual around campus over the past decade, someone whose daily work has touched every corner of our great University,” said Marilyn Hausammann, vice president for human resources.

Faust, whose Hero recognition was a surprise to her, initiated the University-wide program in 2012. It was created to celebrate staff members whose daily contributions go above and beyond the call of duty, capturing the essence of her synergetic mission “One Harvard.”

“Today we celebrate the many ways in which you collaborate across disciplines and departments, motivate and encourage others, and use your talents and skills to strengthen and improve Harvard,” Faust said. “Standing here, at my last Harvard Heroes ceremony as president, I feel deeply satisfied knowing that we have left things better than we found them. It’s due, in no small part, to your efforts.”

A native of Guanajuato, Mexico, Harvard Hero Jesús Romo Llamas came to the U.S. 10 years ago as a Spanish-only speaker, enrolling in the Harvard Bridge Program to hone his English. As events coordinator at Memorial Church, his Hero-worthy feats included building a movable platform for a 500-pound stone baptismal font, and trekking across campus to the Charles Hotel in sub-zero temperatures to deliver a minister’s manuscript that had been left accidentally at the pulpit.

“Jesús makes everybody’s jobs easier, employing strategic thinking, a concern for others, always asking how we can work more effectively and efficiently together,” Sullivan said.

Harvard Hero Ruth Hill may also be considered an ambassador by her colleagues, after 50 years of dedicated service to the University. For the last 41 of those years, Hill has worked as the oral history coordinator at Radcliffe’s Schlesinger Library, where she documented the lives of women of color in America.

She was surprised to learn she had been selected as a Harvard Hero.

“It was a shock to receive this honor, and I greatly appreciate it,” Hill said. “I wouldn’t be surprised if President Faust was equally surprised as the rest of us when we found out we were chosen. I’m so glad to be in her company, and was able to receive this award from her while she is still president here.”

Maeve Kelly, program manager for Harvard Heroes, said that she wanted to honor Faust for her strong support of the program.

“It’s such an easy moment to recognize her and all of her contributions to the University and the community,” Kelly said. “She has led with such grace and has made such a lasting impact.”

The Harvard Heroes program is a reminder of how moments of quiet persistence and incremental progress are central to the University’s success, Faust told her fellow honorees.

“You’re here because you’ve earned it and you’re being honored because we are so grateful to you for what you have contributed to this extraordinary enterprise — to the students, to the faculty, to the staff, to the institution — as we endeavor to expand and share knowledge more broadly in service of the world,” she said. “And that matters enormously.”