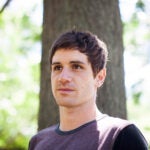 When wandering minds are just fine

Spike in depression led psychologist to find a link

When San Diego State University Professor Jean Twenge, a psychologist who studies generational shifts, saw a spike in teen mental health issues between 2011 and 2015, she wanted to find out why. The spike, she explains, was sudden, with major depressive episodes among teens increasing by 50 percent within those few years.

“It was the start of a journey in what changed in teens’ lives,” she says.

With more examination, Twenge recognized that the rise of the smartphone among teenagers coincided with the rise of teens’ feelings of uselessness, as well as with the fall of their satisfaction and happiness.

“The largest change and most pervasive change in teens’ lives was more smartphones and more time on social media,” she says. Smartphones had disrupted the majority of teens’ lives, including time they used to spend socializing in person and sleeping.

“It would be extremely surprising if the shift toward teens spending the majority of their leisure time staring at a screen didn’t have effects,” says Twenge, the author of “iGen: Why Today’s Super-Connected Kids Are Growing Up Less Rebellious, More Tolerant, Less Happy — and Completely Unprepared for Adulthood — and What That Means for the Rest of Us.” Despite the shift, Twenge also isn’t entirely anti-smartphone.

“This is not about taking the phone away. They are wonderful devices, but it’s limited use,” she says, especially for teens. “Make sure the phone doesn’t become an appendage.”

In this edition of the Harvard EdCast, Twenge discusses her research. She also advises how children and adults can use smartphones in the healthiest ways.