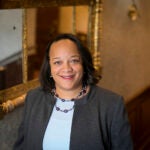 At a Meeting of the Faculty of Arts and Sciences on May 1, 2018, the following tribute to the life and service of the late William Aloys Klemperer was placed upon the permanent records of the Faculty.

William (“Bill”) was an innovative, versatile, and ebullient physical chemist. He was among the world’s leaders in molecular spectroscopy, a field he relished for its challenges to improve ways to observe and decipher molecular properties and consequent chemical phenomena. He especially enjoyed applying supersonic beams to chemistry. He exclaimed that “they give one a sense of power . . . [to] push molecules around with electric or magnetic fields.” His curiosity ranged widely. Early on, he studied molecules that exist in equilibrium only at high temperatures. Later, his cooling techniques for molecular beams enabled incisive study of many weakly bound molecular complexes. When Bill became intrigued by spectra of molecules coming from the vast interstellar clouds, he hatched a kinetic scheme involving ion-molecule reactions.

Bill was born on Oct. 6, 1927, in New York City and died gently on November 5, 2017, at home in Watertown, Mass. Both his parents, Paul and Margit, were physicians and raised Bill and his younger brother, Martin, in New York and New Rochelle. Bill graduated from high school in 1944 and immediately enlisted in the U.S. Navy Air Corps, where he trained as a tail gunner. In 1946 he enrolled in Harvard, where he majored in chemistry and met and married Elizabeth Cole, a Radcliffe student. On obtaining his A.B. in 1950, Bill and Beth headed west to the University of California–Berkeley. Mentored by George Pimentel with characteristic gusto, Bill received his Ph.D. in early 1954.

On a social visit to Harvard, Bill was offered appointment as an instructor, which he accepted. That rank, now defunct, was considered unlikely to lead to the faculty ladder. However, soon Bill startled both students and faculty with his research. He quickly created a unique spectrometer, ripping items out of conventional gear and adding heavy duty plumbing. By vaporizing solid substances, his apparatus made accessible infrared spectra at high temperatures. The data he obtained on vibrational frequencies for many molecules, especially oxides and halides, yielded remarkable insights into their chemical bonding.

Before long, Bill began assembling a high-temperature microwave apparatus, to attain rotational spectra that would complement the low-temperature work done in E. Bright Wilson’s laboratory. It become evident that much better resolution could be attained by molecular beam techniques, such as those being used in Norman Ramsey’s physics laboratory across the street. Bill became a welcome visitor to Norman’s lab, quickly acquiring the experimental savvy and conviction to pursue molecular beams for chemical spectroscopy.

Senior chemists advised that constructing such an elaborate beam apparatus might risk his tenure prospects. Undeterred, Bill undertook the project with Lennard Wharton, a graduate student with an engineering background from MIT. The beam apparatus, dramatically intricate compared with Bill’s earlier equipment, took two years in gestation. It and later siblings, enhanced by innovative improvements such as supersonic cooling, produced a cornucopia for molecular spectroscopy and resulted in unprecedented resolution and chemical scope. Using electric fields to deflect beams and energy levels brought forth many surprising results. Studies of molecules held together by weak van der Waals forces contributed to understanding the specificity and selectivity of such ubiquitous forces in biomolecules. Bill foresaw that myriad pairs of molecules could be weakly linked by expansion in a supersonic nozzle — a process that offered quantitative access to a wide range of intermolecular forces.

In 1965 Bill was made full professor. His beam experiments had thrived and would do so for more than another three decades. In 1968–69 Bill took a full year sabbatical to study astronomy in Cambridge, England, a heavenly sojourn for him, his wife, and their youngsters, Joyce, Paul, and Wendy. Bill both explored the English rose gardens and planted the basic sprouts of his kinetic ion-molecule model. Later, he collaboratively cultivated the kinetic model and harvested dozens of interstellar “astromolecules,” many unexpected.

The huge dark clouds where most interstellar molecules have been seen are 99 percent composed of hydrogen and helium. After H2, carbon monoxide is the most abundant molecule, although down by a factor of 10-4 or more. Ionization by the pervasive flux of 100-MeV cosmic rays creates some H2+ and He+ from which emerge many reaction sequences. The H2+ rapidly reacts with H2 to form H3+, which readily transfers a proton to many other molecular species. Hence Bill predicted that most of the H3+ should be converted to HCO+, a very stable species. This prediction was a seminal triumph for Bill’s model. Soon thereafter interstellar emission from a species dubbed Xogen, which had not yet been seen on earth, was shown to come from the HCO+ ion. It turned out to be the most abundant ion in dark clouds and has even been observed in distant galaxies.

The offspring of the He+ ions exemplify how chemical kinetics can produce paradoxical results. The extraction by He+ of a hydrogen atom from H2 would be very exoergic. Yet that reaction does not occur. This is an unusual exception for ion-molecule reactions, but it has been confirmed by laboratory experiments and quantum theory. Instead, He+ reacts with CO, the second most abundant molecule, to form C+ and O. The ionization of helium is thus almost quantitatively transferred to C+, enhancing its concentration a thousandfold (by the He/CO abundance ratio). In turn, C+ only feebly reacts with H2, but reacts avidly with methane and acetylene to launch sequences of many organic compounds, including chains punctuated with double and triple bonds. Bill’s model explained the paradoxical irony: the mutual distaste of the simplest inorganic species, He+ and H2, gives rise to the proliferation of complex organic molecules in the cold interstellar clouds.

Bill Klemperer was a lovable and loving man. Along with his bright, creative intellect, he had good down-to-earth wisdom and humor, and total integrity. He was an earnest citizen, glad to serve on boards and committees for worthy causes. Deservedly, he delighted in his science; in his many intense friendships with students, colleagues, and others; in his rose garden; and in his joyous family life.