An opportunist looking to learn 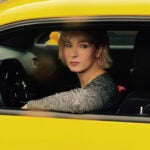 Theodore R. Delwiche ’18 let his love for the classics — and investigation — inform his Harvard experience

Theodore R. (Teddy) Delwiche, a graduating senior concentrating in classical languages and literatures, is as adept at reading and speaking ancient Latin and Greek as he is digging for stories. And while he could have contained these skills to his undergraduate coursework and a three-year stint at the Harvard Crimson, Delwiche chose to share them with scholars, writers, and scientists through the Radcliffe Institute Research Partnership program (RPP).

This Radcliffe Institute for Advanced Study’s partnership program matches students with its fellows who act as mentors. In his junior year, Delwiche conducted archival research with author and journalist Michael Pollan, who was the 2015-16 Suzanne Young Murray Fellow at the institute. (Pollan is now the Lewis K. Chan Arts Lecturer and professor of the practice of nonfiction in the Department of English.)

In a video, Pollan praised the “indispensable work” Delwiche did for him, saying, “His idea of a good time is to find an archive where no other undergraduate has ever been.”

“From the start, I always thought of my Radcliffe experience almost like a fifth class — which you get paid for,” said Delwiche. “It always felt too good to be true, and it’s been such a treat to be part of it.”

Delwiche grew up on the outskirts of Baltimore, in the middle of a large family: four older brothers, a twin brother, and three younger sisters. Their parents encouraged academics; both earned doctoral degrees in the sciences, their father is an agricultural scientist at the United States Department of Agriculture, and their mother was a math professor who works now for the Center for Medicaid and Medicare Services.

“I think all of us have, at some point in high school, done Latin, just as a foundation,” Delwiche said. “I studied Greek as well, sort of on a whim — I just had an extra block.”

Applying to colleges, Delwiche knew his direction. “I wanted to do classics, and I was into journalism,” he said. “That’s what I wrote my admissions essays on.” He arrived at Harvard with those twin loves — and his twin brother, Noah ’18, who studied philosophy along with Latin and Greek.

Letting the classics lead the way

Once he’d settled in, Delwiche set out to find a job or research opportunity that would intersect with his academic interests. He discovered the RRP. “I was intrigued to see a posting for a Medieval Latin research assistant; the only one I’ve seen and perhaps will ever see,” he said.

So, he spent his freshman year assisting Mary Franklin-Brown, the 2013–14 Mildred Londa Weisman Fellow and a professor at the University of Minnesota, doing research, collecting and creating a bibliography, and exposing himself to different genres of Latin literature.

Delwiche enjoyed the experience so much that he returned to RRP his second year. This time, he worked with Ben Miller, a 2014–15 fellow, as one of four students on “Team Lilac.” For that project, Delwiche sought out Latin and Greek poetry related to fauna and flora, specifically lilacs.  “It was a little quirky,” Delwiche said of the project, “but it worked.”

Miller praised Delwiche’s “amiable collaborative spirit, intellectual agility, and diligent dedication to thorough preparation” during that time. “I mean, he was literally, joyfully, roaming the catacombs of Widener until closing time to locate the most fabulous esoteric sprigs of data to deliver to our weekly meetings.”

Delwiche brought a journalist’s investigative approach to his next Radcliffe research project. Pollan was writing a book about psychedelics, in which Timothy Leary’s time at Harvard in the 1960s plays an integral part. “Harvard is really what put psychedelics on the map, and also what took them off the map,” said Delwiche.

Delwiche found a mentor in Pollan. “Michael was a really great fellow to work with, and he helped me in terms of thinking about journalism as a career versus academia — he shared a lot about his own path,” he said. “I was always juggling these two very sincere interests, journalism and classics. At times, journalism won out.”

In 2016–17, with both Delwiche brothers, classics won out. In October 2016, they headed to Rome, where they both undertook a fellowship in classical studies taught exclusively in Latin and ancient Greek at the Accademia Vivarium Novum.

“There are students from across the world, and you’re only allowed to speak Latin and Greek for the entire year — there’s little to no internet, no TV, no other amenities that we associate with 21st-century college life. We took it very seriously, much to the chagrin of our friends who would try to email us or Skype us,” Delwiche said. “When we were able to catch internet at a cafe, we’d still speak Latin with them, even if they didn’t understand.”

With “every moment a learning opportunity,” Delwiche said, his interest in ancient languages was reinvigorated. Upon his return, and financed by a Lester Kissel Grant in Practical Ethics, he embarked on a senior thesis about classics education in Colonial New England, specifically at 17th- and 18th-century Harvard College. Advised by Professor Ann Blair, the Carl H. Pforzheimer University Professor, he dove into various archives, such as those at Houghton Library and the Massachusetts Historical Society, looking for notebooks of Harvard students, who at the time were required to speak Latin, Greek, or Hebrew.

An earlier class on the fall of the Roman Empire with Professor Michael McCormick had sparked an interest in the viticulture of what is present-day Bordeaux. “The Romans transported and did a lot of the work on the French landscape,” said Delwiche. “One of my favorite Latin authors is a poet named Ausonius, who wrote a long poem praising the Moselle River — about the wine and the vineyards.” Upon his return to Cambridge, he joined the Harvard Wine Club. With guidance from experts, he’s enjoyed tasting wines and learning about the various terroirs of France. “It’s been a terrific thing to do as a senior.”

An unexpected return to RRP

Delwiche arrived back at Harvard with a refreshed interest in his concentration and intending to focus on his thesis. When Paul J. Kosmin, the John L. Loeb Associate Professor of the Humanities, and 2017–18 Joy Foundation Fellow at Radcliffe, approached him about bringing his expertise to one of his fellowship projects, Delwiche turned him down in favor of concentrating on his research and other commitments.

After buckling down with his thesis over the fall semester, Delwiche reconsidered Kosmin’s offer. Now he finds himself back with the RRP. “I’m getting paid to read Greek literature,” he said. “My job is to read through the entire Platonic corpus, looking for expressions, terms of phrases, and idioms that deal with the beach or seafaring. … It might have been only three years, but as it turns out, I’ve been involved every single year,” said Delwiche of the RRP.

Delwiche’s work as a peer advising fellow for freshmen has opened up the possibility of teaching. After Commencement, as he helps out with Harvard Summer School, Delwiche will consider one of two tracks: continuing his investigation into classics education in early modern Europe and America or using a novel approach to teach high school students the classics.

Either way, he’ll still be getting paid to read the classics.