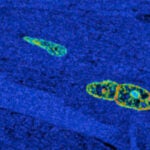 Would we be wise to prioritize “shovel-ready” science over curiosity-driven, fundamental research programs? In the long term, would that set the stage for the discovery of more medicines?

To find solid answers to these questions, scientists at Harvard and the Novartis Institute for Biomedical Research (NIBR), publishing in Science Translational Medicine, looked deep into the discovery of drugs and showed that, in fact, fundamental research is “the best route to the generation of powerful new medicines.”

“The discoveries that lead to the creation of a new medicine do not usually originate in an experiment that sets out to make a drug. Rather, they have their origins in a study — or many studies — that seek to understand a biological or chemical process,” said Mark Fishman, one of three authors of the study. “And often many years pass, and much scientific evidence accumulates, before someone realizes that maybe this work holds relevance to a medical therapy. Only in hindsight does it seem obvious.”

Fishman is a professor in the Harvard Department of Stem Cell and Regenerative Biology, a faculty member of the Harvard Stem Cell Institute, and former president of NIBR. He is a consultant for Novartis and MPM Capital, and is on the board of directors of Semma Therapeutics and the scientific advisory board of Tenaya Therapeutics.

CRISPR-cas9 is a good example of discovery biology that opened new opportunities in therapeutics. It started as a study of how bacteria resist infection by viruses. Scientists figured out how the tools that bacteria use to cut the DNA of an invading virus could be used to edit the human genome, and possibly to target genetic diseases directly.

The origins of CRISPR-Cas9 were not utilitarian, but those discoveries have the potential to open a new field of genomic medicine.

Blood pressure medicines would never have been created without the discovery of the role of renin (a renal extract) in regulating blood pressure in 1898.

Blood pressure medication is another example of how fundamental discoveries can lead to transformative medicines.

This work was not tied earlier to making pills for hypertension, mainly because hypertension was generally believed to be harmless until the 1950s, when studies showed its relationship to heart disease. Before then, the control of blood pressure was itself a fundamental science, beginning with Stephen Hales’ measurement  of blood pressure in a horse in 1733.

The discovery of ACE inhibitors really reflects the convergence of two fields of fundamental, curiosity-driven discovery.

Yet some observers believe that projects that can demonstrate up front that they could produce something useful should take priority over projects that explore fundamental questions. Would there be many more medicines if academics focused more on programs with practical outcomes? How would that shift affect people in the future?

To find answers, Fishman and his colleagues investigated the many scientific and historical paths that have led to new drugs. The study they produced is a contemporary look at the evidence linking basic research to new medicines.

The authors used a list of the 28 drugs defined by other scientists as the “most transformative” medicines in the United States between 1985 and 2009. The group examined:

To mitigate bias, the researchers repeatedly corroborated the assignment with outside experts.

They found that eight out of 10 of the medicines on their list led back to a fundamental discovery — or series of discoveries — without a clear path to a new drug.

The average time from discovery to new drug approval was 30 years, the majority of which was usually spent in academia, before pharmaceutical or biotechnology companies started the relevant drug development programs.

Fishman concluded, “We cannot predict which fundamental discovery will lead to a new drug. But I would say, from this work and my experiences both as a drug discoverer and a fundamental scientist, that the foundation for the next wave of great drugs is being set today by scientists driven by curiosity about the workings of nature.”

What industry and academic leaders say

Leaders in biomedicine from industry, business, and academia warmly welcome this new body of evidence, as it supports the case for funding curiosity-driven, non-directed, fundamental research into the workings of life.

“This perspective on drug discovery reminds all of us that while many in both industry and academia have been advocating for a more rational approach to R&D, the scientific substrate we depend on results from a less than orderly process. The impact of basic research and sound science is often unpredictable and underestimated. With several telling examples, the authors illustrate how they can have a ripple effect through our field.”
– Jean-François Formela, M.D., Partner, Atlas Venture

“The paper presents a compelling argument for investing in fundamental, curiosity-driven science. If it often takes decades to recognize when a new discovery should prompt a search for targeted therapeutics, we should continue to incentivize academic scientists to follow their nose and not their wallets.”
– George Daley, M.D., Ph.D., Dean of the Faculty of Medicine, Caroline Shields Walker Professor of Medicine, and Professor of Biological Chemistry and Molecular Pharmacology at Harvard Medical School

“There is a famous story of a drunk looking for his lost keys under a streetlight because the light is better there. As Mark reminds us, if we only look for cures where the light has already shone, we will make few if any new discoveries. Basic research shines a light into the dark corners of our understanding, and by that light we can find wonderful new things.”
— Dr Laurie Glimcher, M.D., President and CEO of the Dana-Farber Cancer Institute and Richard and Susan Smith Professor of Medicine at Harvard Medical School

“The importance of fundamental discovery to advances in medicine has long been a central tenet of academic medicine, and it is wonderful to see that tenet supported by this historical analysis. For those of us committed to supporting this pipeline, it is a critical reminder that young scientists must be supported to pursue out-of-the-box questions and even new fields. In the end, that is one of the key social goods that a research university provides to future generations.”
— Katrina Armstrong, M.D., M.S.C.E., Physician-in-Chief, Department of Medicine, Massachusetts General Hospital

“Human genetics is powering important advances in translational medicine, opening new doors to treatments for both common and rare diseases at an increasingly rapid pace. Yet, these discoveries still require fundamental, basic scientific understanding into the drug targets’ mechanism of action. In this way, the potential of the science can be unlocked through a combination of curiosity, agility, and cross-functional collaboration to pursue novel therapeutic modalities like gene and cellular therapies, living biologics, and devices. This paper illustrates the value of following the science with an emphasis on practical outcomes and is highly relevant in today’s competitive biopharmaceutical environment, where much of the low-hanging fruit has already been harvested.”
– Andy Plump, M.D., Ph.D., Chief Medical and Scientific Officer, Takeda Pharmaceutical Co.

“Medicine depends on scientists asking questions, collectively and over generations, about how nature works. The evidence provided by Fishman and colleagues supports an already strong argument for continued and expanded funding of our nation’s primary source of fundamental science: the NIH and the NSF.”
– Douglas Melton, Ph.D., Xander University Professor at Harvard, Investigator of the Howard Hughes Medical Institute, and co-director of the Harvard Stem Cell Institute

“Just as we cannot translate a language we do not understand, translational medicine cannot exist without fundamental insights to be converted into effective therapies. In their excellent review, Fishman and his colleagues bring the factual evidence needed to enrich the current debate about the optimal use of public funding of biomedical research. The product of public research funding should be primarily fundamental knowledge. The product of industrial R&D should be primarily transformative products based on this knowledge.”
— Elias Zerhouni, M.D., President Global R&D Sanofi, former Director of the National Institutes of Health, 2002-2008

“Fundamental research is the driver of scientific knowledge. This paper demonstrates that fundamental research led to most of the transformative medicines approved by the FDA between 1985 and 2009. Because many genes and genetic pathways are evolutionarily conserved, discoveries made from studies of organisms that are highly tractable experimentally, such as yeasts, worms, and flies, have often led to and been integrated with findings from studies of more complex organisms to reveal the bases of human disease and identify novel therapeutic targets.”
– H. Robert Horvitz, Nobel Laureate; David H. Koch Professor, Member of the McGovern Institute for Brain Research and of the David H. Koch Institute for Integrative Cancer Research, and Howard Hughes Medical Institute Investigator at Massachusetts Institute of Technology

“This meticulous and important study of the origin of today’s most successful drugs finds convincingly that the path to discovery lies through untargeted fundamental research. The authors’ clear analysis is an effective counter to today’s restless investors, academic leaders, and philanthropists, whose impatience with academic discovery has itself become an impediment to the conquest of disease.”
— Marc Kirschner, John Franklin Enders University Professor, Department of Systems Biology, Harvard Medical School

“Some ask if there is a Return on Investment (ROI) in basic biomedical research. With transformative therapies as the ‘R,’ this work traces the path back to the starting ‘I,’ and repeatedly turns up untargeted academic discoveries — not infrequently, two or more that are unrelated to each other. Conclusion? A nation that wants the ‘R’ to keep coming must maintain, or better, step up the ‘I’: that is, funding for curiosity-driven, basic research.”
— Keith Yamamoto, UCSF molecular biologist and Vice Chancellor, Science Policy and Strategy