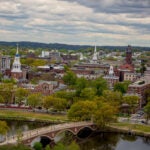 At a Meeting of the Faculty of Arts and Sciences on April 3, 2018, the following tribute to the life and service of the late Jurij Striedter was placed upon the permanent records of the Faculty.

Jurij Striedter, who taught at Harvard from 1977 until his retirement in 1995, was one of the leading scholars of Russian literature in the world. His work, like his presence and temperament, was quietly brilliant. His mind was trenchant, original, and astonishingly well stocked, which allowed him to make connections of a kind and on a scale that very few of his peers could match. Working easily in almost all of the European languages, Slavic and non-Slavic, as well as in philosophy and literary theory, he was a born comparatist: in his writing and teaching he consistently went to fundamental problems and illuminated them dazzlingly. Not that he sought to dazzle; he simply could not help pointing out the complexities of the phenomena under discussion, so that he (and his hearers or readers) might more fully grasp the basic issues before going on to winnow, arrange, rearrange, and redefine them, and only then draw conclusions. His admiring students called him the Great Complicator because of the pleasure he took in showing how things often regarded as simple are in fact anything but that. These qualities made him the ideal discussant on virtually any literary or cultural topic because of his natural tendency to consider respectfully the terms of a presentation and only then go on to suggest exhilarating modifications or extensions. The same talents made him a model dissertation advisor—and the most engaging of conversationalists (since he was interested in everything, informed about everything, and, withal, modest, generous, and down-to-earth).

Born in Novgorod, Russia, Striedter moved with his family to Leningrad and lived there until 1933, when the family, impoverished by the revolution, left the Soviet Union to settle in Tallinn, the capital of a then-independent Estonia. There he attended Baltic-German schools until the Nazi invasion of that country in 1939, when the Striedters fled once more, this time to Poznań, in Poland, where he completed his secondary education in a German high school and, with World War II winding down in early 1945, was drafted for a few brief months into Hitler’s army, only to be taken prisoner by American troops. Upon his release he studied German philology, Slavic philology, philosophy, and history at Heidelberg University; spent a post-graduate year in Paris, studying Slavic languages and literatures at the Sorbonne, the Institut des Études Slaves, and the École des Langues Orientales; and received his doctorate in German literature in 1953. In 1960, at the Free University of Berlin, he served as Docent of Slavic Literatures and then, from 1961 to 1966, as full professor. He moved to the University of Konstanz (Germany) in 1967 and remained there until coming to Harvard ten years later, where he taught until his retirement in 1995.

What this selective list suggests is how important the repeated geographic and cultural displacements, beginning when he was only seven years old, must have been in the formation of our future colleague, if only because they made impossible any notion of a single, normative “reality” or “truth,” whether social, political, literary, or philosophical. Late in his life he confided to a colleague that his dominant imperative had always been “to respond adequately” to whatever person or issue confronted him, and his success in that endeavor was plain to all who knew him.

At Harvard, in addition to teaching a broad range of courses in the Slavic and Comparative Literature departments, he served for two years on the Faculty Council and for twelve years as a Senior Fellow of the Society of Fellows; he and his wife, Emanuela, were co-masters of Cabot House for nearly a decade. Alongside all this, he found time to serve on the editorial board of PMLA (Publications of the Modern Language Association of America) and to make signal contributions to conferences and symposia on both sides of the Atlantic. He was a longstanding contributor to the internationally influential research group Poetik und Hermeneutik (1963–1994), which produced theoretically innovative studies in the history and aesthetics of literary reception.

A renowned scholar of Russian Formalism and Czech Structuralism, Striedter helped to shape the reception of Slavic theory in Europe and in America. He edited and introduced key German volumes: “Texte der russischen Formalisten” (1969) and “Felix Vodicka. Strukturen literarischer Entwicklung” (1975). But his early monographs — “Die Fragmente des Novalis als ‘Präfigurationen’ seiner Dichtung” (dissertation 1953, book 1985), “Der Schelmenroman in Russland” (1961), and “Dichtung und Geschichte bei Puškin” (1977) — were wide ranging and testified to a capacious intellectual curiosity. Of chief importance in Striedter’s scholarship was his 1989 monograph “Literary Structure, Evolution, and Value: Russian Formalism and Czech Structuralism Reconsidered,” published by Harvard University Press. As the weighty subjects of the title and subtitle suggest, this 300-page volume could easily have been three or four separate books. On the surface a study of Russian Formalism and Czech Structuralism, the book in fact traces the history of literary theory in the twentieth century, bringing Slavic, Continental, and Anglo-American traditions into dialogue with one another. His last book, published in German as “Momente” and in Russian as “Mgnovenija,” was a selective memoir of his own and his family’s life under Stalin and Hitler.

A memorial celebration held at Harvard in March of 2017, not surprisingly, brought expressions of gratitude from colleagues — many of them former students — at institutions on four continents.