Before cancer kills, it cheats 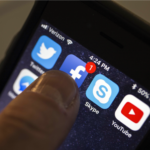 Cancer, with us since the dawn of cellular life, is a companion we may never be rid of, says Arizona State University evolutionary biologist Athena Aktipis. But a fresh look at the disease could bring new strategies for managing it, she told a Harvard audience on Wednesday.

Aktipis’s work employs the nontraditional approach of applying models of how plants and animals relate to each other ecologically to systems in the human body. In her lecture at the Harvard Museum of Natural History, “Why Cancer Is Everywhere,” she focused on the relation of cancer cells to healthy ones, saying that cancer cells can be thought of as “cheaters” within a system of working cells. The “everywhere” in the lecture’s title was a reference to cancer’s presence in plant as well as animal life.

Aktipis began her presentation by showing a slide of a rare crested cactus that is found near her home in Arizona. “This picture is one of the reasons that I started looking at cancer from an evolutionary perspective,” she said.

The cactus displays clustered cells that have a cancer-like appearance — an example of fasciation, or abnormal growth in plants. This led her to make two observations: Humans aren’t alone in their struggle with cancer, and these plants were able to grow and survive despite the abnormal growths. These realities, she noted, have profound implications for human research.

Cancer is an inevitable byproduct of cell cooperation, Aktipis noted. “We have approximately 30 trillion cells in our bodies that cooperate with each other and coordinate their gene expression. This is far beyond any cooperation you could hope to achieve in a human society.”

As multicellular organisms evolve and the system grows larger, so does the possibility that “cheater” cells may appear to exploit the system. This is what cancer cells do: Proliferate without limit, avoid cell death, monopolize resources, co-opt the labor of other cells, and destroy the surrounding environment. When cancer is present, the rules of intercellular cooperation break down.

“Cellular cheating isn’t a metaphor. You have cells that are taking advantage of the cells around them that are following the rules.”

Using this model, you might expect that larger organisms would undergo more gene mutation, and thus be more prone to cancer. Yet this is not true, Aktipis noted. In work carried out during a yearlong residence at the Berlin Institute for Advanced Study, she traced cancer incidence across different multicellular species, including blood cancers and melanoma in clams and mollusks. As multicellular life evolved, she discovered, so did the ability of organisms to restrict the incidence of cellular cheating.

“What was required is that life solve this problem of cellular cheating,” she said.

Cancer cells evolve to exploit the ecology of the body, while the body evolves to suppress invasions. Aktipis cited the evolution of the TP53 gene, which regulates cells and suppresses tumors. Larger organisms such as elephants have more copies of TP53 (twenty times that of humans) to deal with their body size.

“We actually have an amazing multilayer system of cellular cheater detection,” she said. “You can think of these mechanisms as the cellular conscience, the cell moderating itself.” The upshot, she added, is that bodies have a “collective cellular intelligence” that has evolved to keep cancer incidence lower than it would otherwise be. These defenses, like cancer itself, are a fundamental consequence of multicellularity.

One possible path for future research, she said, would be to allow that cancer is genetically inevitable and concentrate on managing it.  While the disease isn’t likely to be eradicated altogether, new treatments can bolster “cheater detection systems” and increase the body’s ability to fight invasions.

For example, researchers are now finding that non-steroidal inflammatory drugs can slow down the mutation rate and reduce the progression of esophageal cancer. Most exciting, Aktipis said, is a new form of adaptive therapy that has been found to control cancers in mice and has seen promising trials in humans. In this case, tumors are treated with drugs only when they are actively growing and are otherwise left alone; this approach keeps drug-resistant cells from taking over.

Such “evolutionarily informed treatments” may offer the greatest hope for cancer treatment, she said.