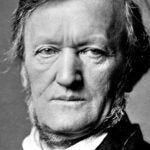 When the genius is also a symbol of hate, where does that leave us?

Drafted and signed more than 150 years ago, the Emancipation Proclamation declared slaves held in Confederate states free, and made their liberty central to the Civil War’s goals. President Abraham Lincoln, who authored and signed the Proclamation in 1863, called it “an act of justice.”

The 13th Amendment to the U.S. Constitution in 1865 formally outlawed slavery and involuntary servitude in all states, ending a shameful period with which America has yet to fully reckon.

Both of these historic treasures, along with a handwritten notecard from Frederick Douglass, the famed 19th-century abolitionist and orator, were on display at Harvard Business School’s (HBS) Baker Library late last week, thanks to the generosity of an anonymous HBS alumnus. The documents were on campus briefly as part of “Agents of Change,” the library’s celebration of the 50th anniversary of the founding of the African-American Student Union at HBS and a related conference.

The student union was formed by four African-American M.B.A. students, including the first woman to graduate from the two-year M.B.A. program, at the height of social and political turmoil in America. The organizers pushed administrators for a number of changes to the Business School curriculum, climate, and culture, including a demand for more black faculty and expanded African-American student enrollment in the M.B.A. program; courses that focused on non-white business topics, such as black entrepreneurship; and greater financial assistance to black students.

The library exhibit also highlights the important scholarship and thought leadership on race and business by HBS’ African-American faculty and alumni as “agents of change” since the early 20th century.