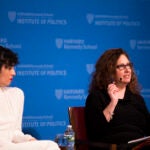 Voices from Delaware, Kansas, Kentucky, Ohio, and Vermont call for a more robust commitment to reducing stigma and expanding treatment

Solving the opioid crisis will require a sustained and comprehensive approach that includes ample resources both for treatment and for combating stigmas against those addicted, a group of former governors said in a Harvard forum.

At a roundtable presented Thursday by the Harvard T.H. Chan School of Public Health and Reuters, the five ex-governors warned that the United States has yet to fully grasp the depth of the epidemic or to forge an adequate response to it. Opioids were involved in 42,249 deaths in 2016, according to the Centers for Disease Control.

“Everybody talks about this being a crisis and it is, but I think as a country we have not yet recognized how serious it is,” said Ohio’s Ted Strickland.

“It’s a crisis not only for this country but for each of these families,” added Jack Markell of Delaware.

President Trump has declared the opioid crisis a national public health emergency, but Sebelius said that unless the federal government follows up with “really substantial and sustained dollars, this will not be solved.”

Steven L. Beshear of Kentucky and Jim Douglas of Vermont also joined in the conversation, which was moderated by Scott Malone, Reuters’ Boston bureau chief. The event was part of the Harvard Chan School’s Andelot Series on Current Science Controversies.

Beshear said that the nation is taking a “shotgun approach” to a problem that instead needs a concerted and long-term strategy.

Panelists emphasized that to be effective, the fight against the epidemic has to be multifaceted.

“There is no silver bullet to dealing with these addiction problems,” Strickland said. The drug industry, the medical community, political leaders, and law enforcement all have important roles to play, he added.

The group urged a stronger focus on treatment and related services, citing stigma against people with addiction as a major hindrance to achieving that goal.

Douglas noted polls showing that “the American public has a less positive view of people with opioid dependencies than they do of people with mental health problems,” adding: “We’ve got a lot of work to do to address the stigma to make it clear that this is a problem we all need to address.”

Just as concerning, said Sebelius, is stigma within the health profession for those who work in addiction treatment, which she said is often regarded as “the lower level of health care.”

“The irony is that this is actually where we need our very best people because of the complexity of dealing with these issues,” Markell said.

The ex-governors pointed to state-level initiatives that have seen success, including drug courts, court diversion programs, and efforts to curtail overprescribing of opiate medications. But without a comprehensive strategy, even successes can have downsides, they noted.

“You think you’re making progress reducing prescription drug abuse and then people go to other alternatives like heroin,” Markell said.

Sebelius said public health institutions like the Harvard Chan School can play a vital role in the opioid fight by helping create databases comparing the effectiveness of different strategies.

“There are lots of good ideas that have worked in various states. Nobody should have to reinvent the wheel,” she said.