Through the lens of black health 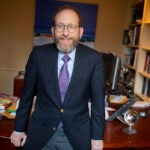 Tania Fabo ’18 started at Harvard University with clear scientific goals: pre-med with a focus on stem cell and cancer biology. Then, along the way, she discovered public health and sociology. Each one of these fields gave Fabo a different tool for investigating a burning question: Why should health outcomes in the United States be any different for racial minorities than for majority groups?

Now, as a graduate in Human Developmental and Regenerative Biology (HDRB) and a 2018 Rhodes Scholar, Fabo will take all her diverse expertise to the University of Oxford.

Since arriving at Harvard, Fabo has felt at home in the Department of Stem Cell and Regenerative Biology with the HDRB concentration.

“I related to stem cells, and the idea of open potential,” she said.

Unlike the specialized skin cells on the surface of your hand, for example, which never become another type of cell, stem cells have the potential to renew themselves and generate specialized cells found in the tissues of our body. It is the potential of different types of stem cells that allows tissues to grow and repair themselves. Stem cells are giving scientists radically new ways of understanding biology and medicine, and new approaches to treating disease.

“She will be a force for change in medicine in the future.”
—Leonard Zon

Fabo’s parents, originally from Cameroon, immigrated to Massachusetts by way of Germany when she was 7 years old.

“My parents sacrificed everything to come to the U.S.,” she said. “They did it for me and my siblings, and for our ability to see any future for ourselves that we could imagine. Going to Harvard, a top-notch institution, meant having all those doors open.”

Downside of a powerful cell

Fabo found herself knocking at the door to cancer stem cell biology, completing her senior research thesis in the laboratory of Leonard Zon, professor of stem cell and regenerative biology at Harvard, and Grousbeck Professor of Pediatrics at Harvard Medical School and Boston Children’s Hospital.

“The negative side of stem cell potential is that it can be co-opted by cancers to cause more damage,” explained Fabo. “I’m interested in the idea that cancer ‘stem-ness’ is related to more aggressive cancers.”

“Tania is an extremely dedicated scientist,” said Zon. “She will be a force for change in medicine in the future.”

Fabo began her undergraduate studies with a focused interest in biology. But a sociology course — a pre-med elective — in her junior year was the catalyst that changed her direction and career goals. In that course, Fabo learned that minority groups face inequalities in the incidence, treatment, and outcomes of many diseases.

For example, black women are affected disproportionately by breast cancer. In a study published in 2017, American Cancer Society researchers found that the death rate from breast cancer in 2015 in the U.S. was 39 percent higher in black women compared to white women.

“I was shocked that I didn’t know anything about this, especially as a black woman,” Fabo said. “I was frustrated that my education hadn’t taught me about the disparate health outcomes that people like me are suffering from.”

It was Fabo who organized the first Black Health Matters Conference at Harvard.

“I wanted to give others like me, who don’t know a lot about health disparities, the opportunity to learn about the issues,” she said.

Over a few short months, Fabo and a group of fellow undergraduate black women planned and held the conference. They identified relevant discussion topics, ranging from reproductive health to health care in prisons. They reached out nationally to panelists and speakers and got them to participate. To make it happen, they gathered financing from groups both at Harvard and across the Boston area, ultimately delivering a conference of international importance.

“Because of my experience, I am comfortable being a black woman in science.”
—Tania Fabo

The Black Health Matters conference attracted the attention of students and professionals across the country — well beyond its original scope. Students who participated wanted to learn about health disparities, and professionals working in the field delved into the history of racism behind the inequalities.

“It was incredible to see the diversity of perspectives that exist,” Fabo said.

“Public health is a social movement, and students have always played a special role in social movements,” said Michelle A. Williams, dean of the Harvard T.H. Chan School of Public Health and a keynote speaker at the conference.

“I applaud the initiative that Tania and her fellow students took to organize the Black Health Matters Conference,” Williams said. “It was a great example of the role students, particularly those whose voices and ideas have been underrepresented, can play in reducing racial disparities.”

Building bridges: From research to care

Fabo’s ambition is to bridge the gap between biomedical research in the laboratory and public health efforts to reduce care inequalities.

“I want to reconcile my desire to go into the sciences with my desire to help communities that are disproportionately suffering from disease,” she said.

At Oxford, Fabo plans to study how race-based social policies might influence disease incidence. She will also try to unpick the biological mechanisms that might act as an intermediary between social policies and disparate health outcomes. For example, researchers have found that cancer outcomes can be affected by environmental stressors — perhaps those experienced by different racial groups.

At home in science

Fabo came to Harvard to study biology and medicine. She leaves having accomplished that and more:

“When I came to Harvard, I saw this diversity of academically excellent black people,” she said. “Since I was the only black person in my science classes in high school, it was a beautiful thing to be introduced to for the first time. Because of my experience, I am comfortable being a black woman in science.”