Eleven faculty elected to American Academy of Arts and Sciences 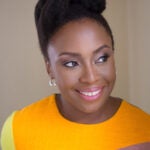 New class will be inducted at an October ceremony in Cambridge

Founded in 1780, the Academy honors exceptional scholars, leaders, artists, and innovators and engages them in sharing knowledge and addressing challenges facing the world. The Academy’s projects and publications generate ideas and offer recommendations to advance the public good in the arts, citizenship, education, energy, government, the humanities, international relations, science, and more.

“Membership in the Academy is not only an honor, but also an opportunity and a responsibility,” said Jonathan Fanton, president of the American Academy. “Members can be inspired and engaged by connecting with one another and through academy projects dedicated to the common good. The intellect, creativity, and commitment of the 2018 class will enrich the work of the academy and the world in which we live.”