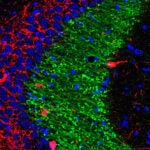 In 2016, the U.S. spent nearly twice as much on health care as other high-income countries, yet had poorer population health outcomes.

The new findings, from the Harvard T.H. Chan School of Public Health, the Harvard Global Health Institute, and the London School of Economics, suggest that common explanations why health care costs are so high — such as the notions that the Americans have too many doctor visits, hospitalizations, procedures, and specialists, and spend too little on social services that could mitigate health care needs — may be wrong.

The study was published today in the Journal of the American Medical Association.

“We know that the U.S. is an outlier in health care costs, spending twice as much as peer nations to deliver care. This gap and the challenges it poses for American consumers, policymakers, and business leaders was a major impetus for health care reform in the U.S., including delivery reforms implemented as part of the Affordable Care Act,” said senior author Ashish Jha, K.T. Li Professor of Global Health at Harvard Chan School and director of the Harvard Global Health Institute (HGHI). “In addition, the reasons for these substantially higher costs have been misunderstood: These data suggest that many of the policy efforts in the U.S. have not been truly evidence-based.”

Using international data primarily from 2013 to 2016, the researchers compared the U.S. with 10 other high-income countries — the U.K., Canada, Germany, Australia, Japan, Sweden, France, Denmark, the Netherlands, and Switzerland — on approximately 100 metrics that underpin health care spending.

The study confirmed that the U.S. has substantially higher spending, worse population health outcomes, and worse access to care than other wealthy countries. For example, in 2016, the U.S. spent 17.8 percent of its gross domestic product on health care, while other countries ranged from 9.6 percent (Australia) to 12.4 percent (Switzerland). Life expectancy in the U.S. was the lowest of all 11 countries in the study, at 78.8 years; the range for other countries was 80.7 to 83.9 years. The proportion of the U.S. population with health insurance was 90 percent, lower than all the other countries, which ranged from 99 to 100 percent coverage.

But commonly held beliefs for these differences appear at odds with the evidence, the study found.

Evidence: The U.S. has lower rates of physician visits and days spent in the hospital than other nations.

Belief: The U.S. has too many specialists and not enough primary care physicians.

Evidence: The primary care versus specialist mix in the U.S. is roughly the same as that of the average of other countries.

Belief:  The U.S. provides too much inpatient hospital care.

Evidence: Only 19 percent of total health care spending in the U.S. is spent on inpatient services — among the lowest proportion of similar countries.

Belief:  The U.S. spends too little on social services and this may contribute to higher health care costs among certain populations.

Evidence: The U.S. does spend a bit less on social services than other countries, but it is not an outlier.

Belief: The quality of health care is much lower in the U.S. than in other countries.

Evidence: Overall, quality of care in the U.S. isn’t markedly different from that of other countries, and in fact excels in many areas. For example, the U.S. appears to have the best outcomes for those who have heart attacks or strokes, but is below average for avoidable hospitalizations for patients with diabetes and asthma.

What does explain higher spending in the U.S. is administrative complexity and high prices across a wide range of health care services. For example, the findings showed that:

“As the U.S. continues to struggle with high health care spending, it is critical that we make progress on curtailing these costs. International comparisons are very valuable — they allow for reflection on national performance and serve to promote accountability,” said first author Irene Papanicolas, visiting assistant professor in the Department of Health Policy and Management at Harvard Chan School.

Liana Woskie, assistant director of the Harvard Global Health Institute’s strategic initiative on quality, was a co-author of the study.