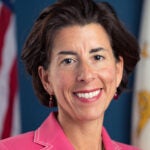 When the news about the protest at the Standing Rock Sioux Reservation against the Dakota Access Pipeline burst into the spotlight in 2016, Tristan Ahtone welcomed the chance for greater coverage of Native American issues.

But soon Ahtone, a journalist and a member of the Kiowa tribe of Oklahoma, grew dismayed at the way the media handled the stories about the first major indigenous protest since the 1973 Wounded Knee incident in South Dakota.

Most media outlets, even the leading ones, Ahtone said, sidelined the central issues of tribal rights and the government’s responsibility in the Dakota pipeline dispute, and instead replicated old stereotypes by typecasting the protesters as warriors, victims, or magical creatures.

“A lot of the stories focused on the prophecy of the black snake coming,” said Ahtone at a coffee shop near Harvard Yard. “Even the New York Times ran a story saying that hundreds of Native Americans on horseback, their faces painted, were coming out of their tepees to join the protest, like it was a John Ford movie.”

A prize-winning journalist who has worked for “The NewsHour with Jim Lehrer,” National Public Radio, and Al Jazeera America, Ahtone is at work on a set of guidelines for fair and accurate coverage of Native American lives and stories, as part of his stint at Harvard as a Nieman Fellow. The Nieman Foundation chooses 24 journalists from around the world to come to Harvard for a year of academic study.

Ahtone’s guidelines will be based on an internal manual that he developed as head of the tribal affairs desk at High Country News in Colorado, his last post before coming to Harvard, to help reporters avoid clichés, stereotypes, and racially insensitive terms when covering Indian lands and culture.

He recommends, for example, identifying people by their specific tribes, nations, or communities rather than a catch-all phrase such as “Native American group” or “Native American tribe.” He also warns reporters not to fall into the trope of the white savior who attempts to explain or save indigenous communities, a concept common in popular culture, and to resist any temptation to use mythological creatures to explain complicated beliefs systems or problems. Among the terms to shun, he said, are “Bigfoot,” “deer woman,” “ghosts,” or “spirits.”

Efforts to fight media stereotypes of indigenous people are not new. During Ahtone’s tenure as vice president of the Native American Journalists Association, the group published a list of terms that reporters should ditch, such as “vanishing culture,” “dying language,” “broken families,” “a warrior,” or “something ‘sacred.’” The list also includes “singing,” “dancing,” and “drumming.”

According to the U.S. Census, 2.9 million, or 1 percent, of the U.S. population is of American Indian and Alaska Native descent, and nearly 80 percent of those people live outside reservations, mostly in urban areas. Ahtone was born in Phoenix but grew up across the country, with a brief stint in Pakistan, where the U.N. sent his father to work with refugees.

Stories about the Native American experience should go beyond platitudes of addiction, alcoholism, suicide, unemployment, and poverty, which perpetuate stereotypes of Native Americans as victims, said Ahtone. “I can’t believe news organizations are still sending reporters to Pine Ridge,” he said. “There are 567 tribes across the nation, and they still go to Pine Ridge to report the same old story of poverty and despair.”

As a reporter, Ahtone wrote stories about the importance of tribal radio stations as a lifeline to their communities, the poise of Native American cowboys riding in Indian rodeos, and the contributions of Navajo and Seminole veterans and code talkers in World War II. He also reported on the difficulties of registering voters among Native Americans who live off the grid, and the opposition of the Tohono O’odham Nation to a government plan to build a wall along the U.S.-Mexico border that spans their land.

Ultimately, mainstream media need to be accountable for its seeming lack of interest in covering Native American issues on a regular basis and for not hiring more reporters and editors of color, Ahtone said.

“If you want to embrace technology, you can also embrace diversity,” Ahtone said. “I’d like to see a newsroom that is representative of the United States, and I’d like to see media organizations committed to cover indigenous people’s struggles and contributions.”

After his stint at Harvard, Ahtone plans to go back to Colorado and continue bringing to light the voices and stories of Native Americans. In a way, he sees his work as part of the endeavors of the Kiowa tribe to record their history, which included battles and peace treaties, and smallpox and cholera epidemics, from the 19th century Kiowa calendars and Kiowa drawings to the more contemporary Kiowa Six artists and photographer Horace Poolaw.

“I come from a long line of people who have documented our time and our community,” Ahtone said. “My work is a continuation of their work. I’m not idealistic enough to think that I can change the world, but I know I’ll be doing my part if I keep doing what I do and help others do a better job in covering Indian Country.”

“People often like to describe Native people as invisible,” said Rave in an email. “We’re not invisible. If you look for us, we’re here. We have our own tribal governments, our own constitutions, our own police departments, our own land, our own hospitals, our own treaties with the United States, and so on. We have a rich and vibrant culture. An American Indian journalist typically understands all these issues and can accurately capture the nuances of the community.”