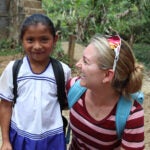 We don’t blame people for developing cancer. But when they develop diabetes, high blood pressure, or any of a number of other health issues related to obesity, we tend to view the underlying cause — excess weight — as a moral failing. That approach, says Fatima Cody Stanford, an instructor in medicine and pediatrics at Harvard Medical School, is not only counterproductive, it can also aggravate weight issues and their associated health risks.

In a presentation at Radcliffe on Tuesday, “Obesity: It’s More Complex than You Think,” Stanford, a leading expert on the subject, stated a clear thesis: “I want to change that thinking. Obesity is a disease like any other.”

Obesity, defined as having a body mass index of 30 or greater, is certainly prevalent. In the U.S., 13.8 million people suffer from cancers while 93.4 million are dealing with obesity. But this health problem is not evenly distributed. Although it is rising throughout the population, it is considerably more common in non-Hispanic black adults, as Stanford illustrated with a series of charts on the self-reported rates of obesity.

Although many of us believe weight is determined by the simple equation of calories (energy) in, activity (exercise) out, Stanford stressed that this oversimplification contributes to the problem.

“The simple energy balance is incorrect,” she said. “Genetics, environment, development, and behavior all play a role in a person’s likelihood of having obesity.”

Fetal development appears to help set our levels of appetite regulators. In a study cited by Stanford, obesity in mothers reprogrammed gene targets of the fetus, creating a higher risk for non-alcoholic fatty liver disease, insulin resistance, diabetes, and more. However, when the same mothers no longer had obesity — many because of weight-loss surgery — their subsequent fetuses had a three-fold decrease in obesity.

“The metabolic profile was changed just by modifying the mother,” said Stanford.

Other factors that contribute to obesity include sleep quality and duration, along with medications such as antidepressants, steroids, and beta-blockers. Obesity is also affected by the quality as well as the quantity of food. “The brain cares more about the quality of calories than the number of calories,” said Stanford.

To take on this multifaceted health issue, Stanford recommends a comprehensive approach. Behavioral factors are a good place to start, she said, with conventional weight-loss diets and exercise as well as research into underlying psychological factors. Because obesity must be treated as a disease and not a moral failing, pharmacotherapy and bariatric surgery should be considered as next-step options that can be effective when behavioral treatment fails, she said. Physical activity, she noted, is an important part of the overall health equation, as exercise is key to maintaining a healthy weight. But it’s far from a surefire way to lose weight.

What doesn’t help, Stanford stressed, is shaming the person with obesity. Calling out weight bias as “the most common form of bias that is accepted,” Stanford pointed out studies showing  “there is actual physiological reactivity to weight stigma.”

Data on weight-shaming among teens and their families, for example, reveals that “what a patient experiences in adolescence has a huge implication for what they experience in adulthood.” Weight teasing in adolescents, for example, “predicts adverse eating and weight-related outcomes 15 years later.”

Weight-related stigma produces stress, which leads to maladaptive eating, such as binge eating. It can also lead to less physical activity and avoidance or delay of health screenings or follow-up care.