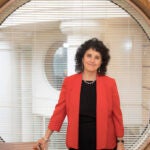 The world of dietary supplements can seem like the Wild West, with the dizzying vitamin alphabet lumped with a lineup of minerals that sound as if they belong in an industrial vat rather than our bodies.

JoAnn Manson, Harvard Medical School’s Michael and Lee Bell Professor of Women’s Health, professor of epidemiology at the Harvard T.H. Chan School of Public Health, and chief of the Division of Preventive Medicine at Brigham and Women’s Hospital, has made a career of studying population health.

Manson recently co-authored a Viewpoint article in the Journal of the American Medical Association highlighting what scientists do and don’t know about supplements, and providing guidance to doctors on what to recommend to patients. In addition, she is in the middle of two trials exploring the health effects of some of the most widely used supplements, including vitamin D, fish oil, multivitamins, and cocoa.

GAZETTE: What makes the landscape of vitamins and supplements so confusing that even doctors need guidance?

MANSON: Vitamins are big business — more than $30 billion a year. Anytime you go to a supermarket or drug store, you’re going to see aisles and aisles of vitamins, minerals, and other dietary supplements. There’s also a lot of talk about vitamins in the media.

Research studies on vitamins have often had discrepant findings. That’s partly because some studies are randomized trials while others are observational. Observational studies look at people who choose to take supplements, and examine their risk of heart disease, cancer, or other outcomes. In contrast, in a randomized clinical trial, people agree to be assigned at random to take vitamins versus a placebo. The different studies tend to provide different results for dietary supplements, but often the media does not make a distinction between the two. Observational studies tend to show that people who choose to take supplements are healthier, but that may be because they are more health-conscious and also have healthier diets and healthier lifestyles.

GAZETTE: So because of the design of the research, it might be a self-selected healthier population that is being studied?

MANSON: Exactly. There can be selection for more health-conscious people who are also compliant with taking supplements long-term, as well as confounding by other lifestyle practices, such as physical activity and diet.

So it’s a very confusing literature because the observational studies and randomized trials have provided some discrepant results while the public is bombarded with hype about supplements in the media and advertising. That said, the observational studies do have the advantage of being able to assess long-term use — over decades — while randomized trials tend to be shorter, often less than five years, due to their higher cost.

GAZETTE: Is the industry regulated?

MANSON: It is not regulated the way prescription drugs are. If clear risks are identified, supplements can be taken off the market, but generally supplement makers don’t have to prove their products are effective — or safe — when they’re put on the market as over-the-counter supplements. That’s why we also recommend that people look on the labels for signs of quality control and external, independent audits, such as the U.S. Pharmacopeia  or NSF International, or for some indication that the products have been tested for quality — that they actually have the content that it says on the label, that they’re free of microbes and heavy metals.

GAZETTE: Let’s talk about your own work. This is an area in which you have a couple of trials going on, right?

MANSON: Right. We’re now analyzing the data and finishing up the vitamin D and omega-3 trial VITAL. That’s a large-scale, randomized trial of vitamin D with and without omega-3 fatty acids, or fish oil. There are four treatment groups, more than 25,000 participants nationwide, and we’re looking at each of these interventions for prevention of cancer and cardiovascular disease. We’re also looking at cognitive function, diabetes, autoimmune diseases, and a number of other disorders. So we’re testing these very commonly used dietary supplements for their efficacy and safety over an average of five years.

GAZETTE: How do you pick your trial topics? Are you looking to debunk or confirm information that might be in front of the public?

MANSON: The goal isn’t to refute previous findings. We’re looking at what we think are promising supplements. We’re trying to identify dietary supplements that are effective and have a favorable benefit/risk profile.

GAZETTE: What is the evidence so far for healthy adults?

MANSON: It’s very limited. Pregnant women should take folic acid and prenatal vitamins to avoid neural tube defects and related birth defects. That includes women of reproductive age who are planning to become pregnant or may become pregnant, including those who are not taking reliable birth control. Some of these risks can occur in the very early weeks of pregnancy, often before women know they’re pregnant.

There are guidelines for infants, especially infants who are breastfed, and older adults. Aside from those groups, there is minimal evidence that routine vitamin or mineral supplementation will benefit healthy individuals. Targeted supplementation in high-risk individuals, such as those with osteoporosis, malabsorption, or those taking certain medications, is a separate question.

GAZETTE: What about people who are on the go and don’t really eat healthy diets?

MANSON: If someone is really concerned about their diet, they’re not having fruits and vegetables for whatever reason, they’re eating a lot of processed foods — which actually can strip foods of vitamins and minerals and healthful micronutrients — and they don’t think they can improve or modify their diet, then it’s reasonable to take a multivitamin or other vitamin-mineral supplement as a form of insurance. However, it’s still not a substitute for a healthy diet. It’s not going to be as good as having whole foods, avoiding processed foods, getting benefits like fiber, polyphenols, and phytochemicals from fruits and vegetables and whole grains. It’s really important to have a healthful diet regardless.

GAZETTE: Why don’t we speak briefly about two subgroups. For infants and children, is vitamin D is important?

MANSON: The American Academy of Pediatrics says to use vitamin D supplementation in a breastfed infant until weaning. This is because there’s very little vitamin D in breast milk unless the mother has a very high intake of vitamin D. We want to encourage women to breastfeed, because there are so many advantages to the baby, but the vitamin D does need to be supplemented. Also, iron at 4-6 months.

GAZETTE: And for older adults, are there specific recommendations?

MANSON: Older adults often have a poorer diet. They may also have a problem with absorption of some vitamins and minerals. The main ones to think about are B12, calcium, and vitamin D. B12 deficiency can be a problem, especially with pernicious anemia. With calcium and vitamin D, we encourage food sources, but supplements may be necessary — some people are lactose-intolerant or don’t eat dairy products. Avoid excess amounts of calcium supplements because they’ve been linked to an increased risk of kidney stones.

GAZETTE: For the calcium and vitamin D, are we talking about avoiding osteoporosis?

MANSON: It’s mostly bone health for the calcium and vitamin D. That’s been well established. But vitamin D has also been implicated in heart health, cognitive health, and reducing risk of cancer and diabetes. There’s no definitive evidence yet. That’s why we’re doing the VITAL trial, and other trials of vitamin D are ongoing throughout the world.

Vitamin and mineral supplementation is a complicated subject. I hope we can make it a little clearer to the public because the messages have been so confusing. It’s very difficult for the public to separate fact from fiction, and understand what is just hype and marketing and promotion as opposed to actual evidence and facts.