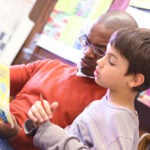 At a Meeting of the Faculty of Arts and Sciences on March 6, 2018, the following tribute to the life and service of the late Farish A. Jenkins Jr. was placed upon the permanent records of the Faculty.

What a wishbone is for, how fish became four-footed, why part of your middle ear once belonged to a snake’s jaw — these are some of the conundra that Farish Jenkins solved over more than forty years at Harvard as an anatomist, zoologist, and vertebrate paleontologist.

Having majored in geology at Princeton, Jenkins deferred graduate study at Yale to train as an artillery officer in the United States Marine Corps, serving in Japan, the Philippines, and the South China Sea; the precision with which he went about everything in civilian life, from keeping his shoes highly polished to classifying fossils, matched the image of a military man. He knew that to pursue paleontology effectively, he needed expert knowledge of anatomy. He was the first graduate student in biology at Yale permitted to take courses in anatomy and embryology at the medical school. Graduate fieldwork in Africa engendered in him a lifelong love of that continent and its fauna; during his career, he led nine tours of Tanzania in support of the charity Focus on Tanzanian Communities. After his Ph.D. and two years on the faculty at Columbia, he was recruited by Harvard in 1971. In 1974 he became Professor of Biology and Curator of Vertebrate Paleontology in the Museum of Comparative Zoology (MCZ). In 1982 he was given a concurrent appointment at the Harvard Medical School as Professor of Anatomy in the Harvard–MIT Division of Health Sciences and Technology (HST). In 1989 he was named Alexander Agassiz Professor of Zoology in the MCZ.

Jenkins became deeply interested in respiratory physiology, the posture and locomotion of birds and other animals (the wishbone of a starling, he discovered, acts as a spring), and the evolution of the earliest mammals. His groundbreaking work on gait with A. W. “Fuzz” Crompton at Harvard in the 1970s harnessed the latest technology—electromyography to record muscle activity and cineradiography to reconstruct motion from successive x-ray images. He discovered fossils of the world’s earliest known frog and caecilian, an order of tropical limbless amphibians. He helped to explain the origin of mammals by chronicling the evolutionary transition of the middle ear ossicles of mammals from the jaw joint of synapsid reptiles, an evolutionary step that required mammals to evolve a new jaw joint. He was an indefatigable, patient, and systematic field researcher, conducting many field seasons in the Jurassic Kayenta Formation of Arizona, the Triassic rocks of Greenland (where he discovered haramiyids, some of the world’s earliest mammals), and the Devonian sediments of Arctic Canada, specifically Ellesmere Island, 887 miles from the North Pole, where freezing temperatures limited fieldwork to July.

Here, with his former student Neil Shubin (University of Chicago) and the vertebrate paleontologist Edward B. Daeschler (Academy of Natural Sciences, Drexel University), Jenkins discovered a missing link in the evolution from fish to tetrapod, a fossil species that he named Tiktaalik roseae in honor of the local Inuit and the anonymous donor, known as “Rose,” who made the expedition possible. After four barren seasons in conditions in which he found it prudent not to venture out of camp without a Winchester rifle as protection against polar bears and a flask of vodka to reinforce resolve, the tenacity with which Jenkins persevered and the unfailing good humor with which he encouraged his colleagues were rewarded by T. roseae, a find so significant that when it was revealed in 2006 it made the cover of Nature and newspaper headlines the world over, including the front page of the New York Times. Reminiscent of a crocodile, T. roseae represented a genus of tetrapod fish with scales, fins, and gills, but also lungs; it had a neck, so that it could swivel its head looking for prey, and its fins had elbow joints and rudimentary wrists, enabling it to lift itself out of shallow water. Jenkins saw fish metamorphosing into quadrupeds, trapped in stone.

In the Arctic, Jenkins wore his signature Czechoslovak rabbit-fur hat with earflaps; elsewhere, he was never without an elegant Stetson. He lectured in a three-piece suit, his tie secured over his crisp white shirt with a gold pin. He was a fabled lecturer, enthralling generations of students with his “Captain Ahab” imitation, in which he read aloud from “Moby Dick” while stomping up and down the lecture hall with a peg leg strapped to his thigh to illustrate the role of the arch tendon in absorbing shock. Sometimes he drew bones and muscles on his trousers; at other times, he put on a body stocking mapping the segmental nerves. He would inspect the shoes of students in the front row to determine the characteristics of their gait.

Jenkins’s dedication to pedagogy was legendary: in thirty years of teaching anatomy in the HST program, he used to drive to the Harvard Medical School at 4 a.m. to prepare meticulously detailed three-dimensional anatomical diagrams on the board with colored chalks — including black for shading — that he sharpened with a pencil sharpener to create especially fine effects. He graded his students’ papers and exams himself. His laboratory overlooking Oxford Street was filled with neatly arranged fossils and often redolent with heirloom apples from his farm in New Hampshire, harvested as gifts for his students. He supported his pupils — and indeed everybody — with unfailing interest and energy, and an unshakeable belief in our ability to achieve our goals. The profession is studded with his graduate students.

Jenkins was awarded a Guggenheim Fellowship in 1977, and in 2009 the Romer-Simpson Medal of the Society of Vertebrate Paleontology for “sustained and outstanding scholarly excellence and service to the discipline of vertebrate paleontology.” His raft of teaching prizes was crowned by a Harvard College Professorship in 2011. In 2017 a newly discovered amphibian from the Upper Triassic of Colorado was named Chinlestegophis jenkinsi after him. He is survived by Eleanor, his wife of 49 years; his daughter, Katherine Temperance (“Tess”) Leeds; his son, Henry Edgar Jenkins III; and four granddaughters. Farish Jenkins embodied warmth, flair, brilliance, and integrity. He was a scholar and a gentleman.