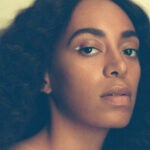 Earning a regular season sweep of Brown, Harvard men’s basketball tallied a 65-58 victory over the Bears on Friday at Lavietes Pavilion. With last night’s win, the Crimson remain in a tie for first place in the Ivy League standings.

Harvard closes its home stretch with a visit from Yale tonight (Feb. 17) at 9:30. The game will be broadcast on ESPNU.

A back-and-forth second half was tied with 4:19 to go at 51-51, but Harvard responded with five straight points to regain control after a hook from Lewis and a three from Towns. The Crimson connected on seven late free throws to secure the win, as the team outscored Brown 14-7 over the final four minutes.

The win over Brown was Harvard’s fourth in a row, and the Crimson improves to 7-1 at home this season. For a full schedule and more information, visit the website.

The Crimson women’s basketball win over Brown, 86-74, on Friday can be viewed online.