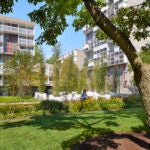 At a Meeting of the Faculty of Arts and Sciences on Feb. 6, 2018, the following tribute to the life and service of the late J. Richard Hackman was placed upon the permanent records of the Faculty.

“When I look at a map of the world, my eye tends to wander to the fringes — that’s where I want to be.”
—Felicity Aston, Explorer

J. Richard Hackman sought to understand an elemental ability of living beings — to operate not just as individuals but as collectives and achieve what is unimaginable, even incomprehensible, alone. Himself happiest when away from humans, especially groups of them, he struggled to create a science about something that few psychologists dared to tackle: the conditions that, if in place, allow groups to scale the highest peaks of performance. Equally often in his career, he discovered the depths to which human collectives also fall, in spite of common purpose. (Groups of humans, especially those called “university committees,” served as regular targets of Hackman’s witty candor.)

Richard Hackman loved the experimental laboratory in a wistful sort of way. He wished that he too, like his colleagues, could watch human behavior under controlled conditions, a few variables at a time. But he knew that for what he was meant to do, the safety of the traditional psychology lab would give answers that, while good enough, would be just that. Instead, he sought out intellectual spaces as big and wide as the Big Horn Mountains he loved, observing and interpreting the thoughts and feelings of individual humans as they throbbed in the actual practice of work. To his colleagues in the Department of Psychology, he was not rare, he was unique as he strode off to analyze medical teams as they saved and lost lives, recorded patterns of communication and miscommunication in airplane cockpits, listened to the 30-person Orpheus Chamber Orchestra as they struggled to succeed without a conductor, or slipped into Langley, Virginia, to watch intelligence teams analyze threats in real time.

Hackman’s research advocated for the effective use of human potential by organizations. His classic book “Work Redesign,” with Greg Oldham, examined the relationship between people and their jobs. He was passionate about finding ways to allow individuals to achieve their highest potential because of the way work was designed. He spoke eloquently about the way in which organizations sap people of their autonomy and creativity. Rather than focusing on pay and other extrinsic rewards, he asked how the work itself could become intrinsically engaging, contending that properties such as the meaning inherent in work and genuine feelings of accomplishment were the paths to motivating great work. He developed the Job Diagnostic Survey, a widely used instrument for assessing the motivational properties of work.

He held a fundamentally humane vision that individual development and group effectiveness reinforce one another. In his book “Leading Teams,” he departed from conventional wisdom by arguing that effective leaders create and sustain conditions under which individual and social systems alike can perform superbly. He eschewed what he regarded as fruitless searches for specific causes of good group behavior, or the winning traits of leaders.

Hackman was rare in the admiration he received from both scholars and practitioners. He chided each group for holding stereotypes of the other and believed that the public is best served only when these separate worlds genuinely interact. Hackman’s “Motivation through the Design of Work: Test of a Theory” ranks as the most cited ever article in Organizational Behavior and Human Performance. He received the Distinguished Scientific Contribution Award from Division 14 of the American Psychological Association; the Group Psychologist of the Year award from APA’s Group Dynamics Division; and the Distinguished Scholar Award, the Organizational Behavior Division Lifetime Achievement Award, the Terry Book Award, and the Distinguished Educator Award from the Academy of Management.

The communities of practitioners in aviation, music, and intelligence, dubious about academics who study them from a distance, also recognized Hackman’s unique presence. To understand for themselves their own professional lives — what they do, how they do it, and why — they included him, a non-practitioner, in decisions about their future. Richard served on the US Intelligence Science Board and on the Board of Trustees of the Orpheus Chamber Orchestra. He regularly sat down with groups of nurses and doctors, firefighters, union leaders, chefs, and other who make this country work.

In aviation, Richard’s research on the training, behavior, and performance of civilian and military flight deck crews is legendary. For example, one major carrier designed its entire training program in “crew resource management” around his research findings, and other airlines subsequently adapted parts of that program in their own efforts to improve the quality of leadership and followership in the cockpit. Thousands of pilots were trained on the principles derived from Hackman’s models of human behavior in teams.

At Yale and Harvard, Richard chaired 38 doctoral dissertations and received numerous teaching awards, including the Everett Mendelsohn Excellence in Mentoring Award from the Harvard Graduate Council in recognition of his advising of doctoral students. His colleagues watched him perform the many daily acts of helping students pursue their own unique paths with joy, never imposing but always present with genuine and deep interest in their work. In acknowledging his great contribution to teaching and advising, his colleagues Ruth Wageman and Teresa Amabile collected the words of students who reflected on what Hackman had done for them. In the words of one, “his feedback was like gold,” marked by “brevity and brutal honesty.” An early advisee, now himself eminent, said that, “…in my mind, doing work that pleases Richard, that he would find logical, well-written, evidence-based, and useful, is my personal definition of excellence. In my heart, Richard remains the only one I am really writing for.”

Hackman was a towering figure not only intellectually, but quite literally. His 6’ 6” frame made him the favorite academic coach of Harvard’s women’s basketball team, generations of which invited him to sit on their bench. He had a heart to match — big enough to comfort when one was lost and somehow to make the littlest of us feel grand in his presence.