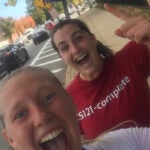 Eminent physicist, best known for his work on nuclear magnetic resonance and superconductivity

Charles Pence Slichter ’45-’46, A.M. ’47, Ph.D. ’49, an internationally known physicist who won the National Medal of Science and served for 25 years on the Harvard Corporation, including nearly 10 years as senior fellow, died Feb. 19. He was 94.

Slichter, who long taught at the University of Illinois at Urbana-Champaign, was best known for his work on nuclear magnetic resonance and superconductivity. At Harvard, he served on the Corporation from 1970 to 1995, during what he called a “period of extraordinarily rapid change in higher education.” His tenure spanned the presidencies of Nathan Pusey, Derek Bok, and Neil Rudenstine, and he was the Corporation’s senior fellow for both the final years of President Bok’s tenure and the early years of President Rudenstine’s.  He chaired the University’s presidential search in 1990-91.

“Charlie Slichter was a vital, energizing presence in Harvard’s governance for a full quarter of a century,” said Harvard President Drew Faust. “He was warm and wise in equal measure, and I know of few alumni who have devoted themselves so deeply to Harvard, its values, and its capacity to serve the world.”

Past presidents also remembered Slichter with praise. Rudenstine called him “a rare human being and an outstanding senior fellow of Harvard’s Corporation — a brilliant academic with an intuitive understanding of universities and their fundamental purposes.

“During my own years as president, he was for me an incisive and wise counselor as well as a friend and constant source of support,” Rudenstine said. “Harvard was more than fortunate to have had him, and those who knew him will always remember not only his dedication to the University but also the buoyant spirit with which he infused all that he undertook on Harvard’s behalf.”

“Charlie Slichter embodied the very best, most loyal qualities of a Harvard alumnus,” said Bok. “He was a great support to all of us who served the institution with him. By his energy and enthusiasm for Harvard, he inspired those around him to work a bit longer and try a bit harder during the best as well as the most trying times.”

The son of economist Sumner Slichter, a longtime Harvard professor who held the inaugural Lamont University Professorship, Slichter was the father of six children, including three sons who graduated from Harvard College.  He was also the grandson of University of Wisconsin applied mathematician Charles S. Slichter.

Charles P. Slichter began his physics career while still an undergraduate, working as a research assistant during World War II at the Underwater Explosives Research Laboratory at Woods Hole, Mass., which was directed by Harvard physicist E. Bright Wilson. After earning his Ph.D. at Harvard under the guidance of future Nobel laureate Edward M. Purcell, he joined the University of Illinois at Urbana-Champaign as a physics instructor in 1949.  He was promoted to assistant professor two years later in 1951, to associate professor in 1954, and to full professor in 1955. At Urbana-Champaign, while training scores of doctoral and postdoctoral students, Slichter emerged as a pioneer in condensed matter physics and nuclear magnetic resonance (NMR). Slichter was awarded the National Medal of Science in 2007 for establishing NMR as a tool to reveal the fundamental molecular properties of liquids and solids. The White House statement said, “His inspired teaching has led generations of physicists and chemists to develop a host of modern technologies in condensed matter physics, chemistry, biology and medicine.”

“Charlie was a remarkable colleague, one of the last of the great physicists of the postwar generation,” said University of Illinois emeritus professor Gordon Baym. “He was always intellectually curious and remarkably wise. At the same time, he was a great human being, amazingly encouraging and supportive of his colleagues, students, and friends, whether young or old. Just seeing his warm smile would brighten everyone’s day.”

While fully dedicated to his research and the “Urbana style” of scientific exploration, Slichter maintained his close ties to Harvard for decades, culminating in his quarter-century on the Corporation. During the spring of 1961 he was the University’s Morris Loeb Lecturer in Physics, and the lessons he taught in those lectures formed the nucleus of his textbook, “Principles of Magnetic Resonance,” which served as the standard in the field for close to six decades. In 2005-06 he delivered Harvard’s David M. Lee Historical Lecture in Physics.

“There was never a more dedicated son of Harvard than Charlie,” remembered D. Ronald Daniel, who served on the Corporation as Harvard’s treasurer from 1989 to 2004. “He was a member of the Corporation when it comprised seven people and met about 20 times a year. Charlie arrived faithfully from Champaign-Urbana on Sunday evening for just about every meeting for 25 years. That’s 500 trips and no nonstop flights. And his wisdom as well as his dedication were unmatched.”

Slichter is survived by his wife, Anne FitzGerald Slichter ’71, HBS ’77-‘78; his children William, Jacob ’83, Ann, Daniel ’04, and David ’07; and five grandchildren.  He was predeceased by his son Sumner, and he is also survived by his first wife, Gertrude Thayer Almy, the mother of Sumner, William, Jacob, and Ann.