Driven by ego? This book’s for you 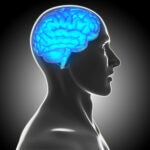 Buddhism informs Harvard-trained psychiatrist’s ‘Advice Not Given: A Guide to Getting Over Yourself’

Psychiatrist Mark Epstein ’75 studied Buddhism alongside social relations as a Harvard undergrad, forging a path he would follow through Harvard Medical School and beyond. Based in New York, Epstein is the author of several books, including “Thoughts Without a Thinker,” “Going to Pieces Without Falling Apart,” and the just-published “Advice Not Given: A Guide to Getting Over Yourself,” from which he will read Wednesday at 7 p.m. at Harvard Book Store.

GAZETTE: The subtitle of your new book seems to suggest the impossible. Can you talk about it, and your thoughts on the challenge of making peace with ego?

EPSTEIN: I wanted to write from a place of being a mature therapist. A lot of my earlier books were written from the perspective of having just discovered Buddhism. This is 40 years later and I thought it was worth writing from the place I am at, having had a psychiatry practice for 35 years. I’ve always been very cautious in laying mindfulness on my patients, who might not be so interested. I’ve tried to work in my therapy practice in a traditional manner to let a patient’s concern take the lead, but the Buddhist influence on me, which really came first, does influence the way I think and it must influence the way I work. I was letting it happen on its own accord rather than striking a Buddhist posture. What I realized is that the ego is the common ground between Western psychotherapy and Buddhist psychology. Both recognize that an overreliance on the ego is a cause for suffering.

All too often we think we are the ego and that identification constrains us, limits us, and makes us less than we could be. The ego is all about maintaining control. It comes from a place of fear and separation. It emerges in childhood when we are just beginning to figure out who we are. We need the ego, but if we give it full reign we actually become more insecure. We think of it as giving us high self-esteem, but the ego can be [just] as attached to self-judgment and self-loathing. It’s always trying to think its way out of whatever predicament it finds itself in, and it doesn’t make room for the more mysterious qualities that also constitute us. The point is not to get rid of the ego. It’s to change our relationship to it — it not being our master and we its slave.

GAZETTE: Patients come to you with their own experiences and struggles. How do you determine how to use Buddhism in therapy, and vice versa?

EPSTEIN: The goals of both Buddhism and Western psychotherapy are interlocking. I see them as threefold. Firstly, we all need a sufficient amount of self-esteem. We have to feel good enough about ourselves to function sufficiently in the world. Buddhism recognizes this in the concept of the “precious human birth,” and Western therapy is very concerned with healing the psyche’s childhood scars. Some amount of ego or self is very important. But we also need the ability to observe our own mind, thoughts, and feelings. This is the second important thing. That’s something that both meditation and psychotherapy encourage, in different ways. Therapy is built on a therapeutic split in the ego that promotes a kind of watchfulness of our inner lives. Meditation does that by training the mind to observe itself. Finally, both therapy and meditation can help us get past the ego’s need to control everything. There’s so much in life we can’t control. In my work as a therapist, influenced so much by Buddhism, I think I’m working on all three levels depending on what people need.

GAZETTE: How did Buddhism play a role in your time at Harvard?

EPSTEIN: I was fortunate to actually discover Buddhism in a world religion class my freshman year. It was a class I took by chance because I met someone taking it and she seemed interesting so I followed her. I had no real interest in world religion, but the whole first half of the semester was Eastern religion and I was really excited about what I learned.

We read a collection of Buddhist verse called the Dhammapada, which is written for laypeople. I loved it. It really spoke to me. There is a chapter called “Mind” that I identified with. It described an anxious mind as a fish flapping on dry ground. That opened up the Buddhist world for me. There were a lot of later courses that touched on Buddhism peripherally and I found them all, and created a few for myself in independent study.

"All too often we think we are the ego and that identification constrains us, limits us, and makes us less than we could be."

GAZETTE: You worked as an apprentice for the Dalai Lama’s physician during your time at HMS. How did that experience shape your medical journey?

EPSTEIN: During my fourth year, I, along with Herbert Benson [a cardiologist and a pioneer in mind-body medicine], got a grant from the National Science Foundation to travel to India to do physiological measurements on the Tibetan monks who were practicing a kind of heat yoga where they could raise their temperatures at will. As part of that, I spent a lot of time with the Dalai Lama’s physician every morning. One of the things I discovered working with the Tibetan Buddhist tradition was that they have an understanding of a meditation-induced anxiety disorder. It’s possible to strive with too much effort, even in meditation, which makes people more stressed. The Buddhists were very familiar with this. As a young psychiatrist in training, I had some indication this might be true, but I was very interested to find that this was a well-documented phenomenon among the Tibetans.

GAZETTE: “Advice Not Given” is filled with personal stories — yours and your patients’. Is there one that stands out?

EPSTEIN: One that comes to mind is of a teacher of Buddhism who discovered he had colon cancer after completing a three-year retreat. One of his students cared for him, and recounted his final words: “No, no, no. Help, help.” She was disturbed because he was so experienced as a meditator: Why would he still have fear at death? But I was comforted by that because it made me feel that any pretense I might have about how it would be for me, I could drop. If there’s one thing we don’t know, it’s how we will be at death. Maybe he was just being honest.

I have some faith as a therapist that if I can encourage my patients to be with their fears in as open and vulnerable a way as this man was, that they will find a way through. It’s the pushing away because we think we’ll be overwhelmed by some sadness or anxiety or shame that keeps us locked up. If we can experience them fully, without aversion, that’s where the sense of freedom comes from.