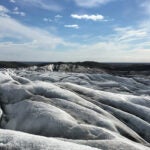 Legendary filmmaker, one of three Norton Lecturers, ‘shows us how to look and watch and act’

Three filmmaking luminaries will give the Charles Eliot Norton Lectures this year, with legendary documentarian Frederick Wiseman delivering the first of a two-part talk on Monday. Agnès Varda, whose most recent film, “Faces Places,” earned her an Oscar nomination this month, and Wim Wenders (“Paris, Texas,” “Wings of Desire”) will follow in late February and early April, respectively. Hosted by the Mahindra Humanities Center, the “Wide Angle” lectures celebrate the trio’s contributions as artists and activists.

Wiseman will arrive on campus having just signed an agreement with Kanopy, a free streaming platform for libraries and universities, to add his 41 films to the catalog this spring. The deal was hailed by Haden Guest, director of the Harvard Film Archive, which will screen work by Wiseman, Varda, and Wenders over the next three weeks.

“Wiseman’s films need to be seen, especially by those who need to learn about the most basic institutions that change our world,” said Guest. “Anyone studying medicine should see ‘Near Death.’ Anyone teaching at a university should see ‘At Berkeley’ — not just film students — and see how necessary and urgent they are.”

Wiseman, who splits his time between Cambridge and Paris, has long trained his lens on the workings of institutions, from hospitals to community centers to the military. Freedom from corporate or commercial interests has allowed him to create documentaries that run as long as six hours. His latest film is ‘Ex Libris — The New York Public Library.’

“On one level, he is an extraordinary artist,” said Guest. “On another he’s a sociologist, an advocate for transparency, for the truth. He refuses voice-over or added music — all the things that are shorthand to make difficult topics palatable for audiences. Wiseman refuses all of that. He shows us how to look and watch and act and be more engaged.”

GAZETTE: Happy belated 88th birthday. You seem as busy as ever. What are you working on?

WISEMAN: I am trying to direct a play in Paris next year. And I am working on another documentary. The play, called “The Realistic Joneses,” is by Will Eno, an American playwright. His work has never been performed in France. I have directed several plays in Paris: “Happy Days” by Samuel Beckett, “The Last Letter,” based on a chapter of Vasily Grossman’s “Life and Fate,” and “The Belle of Amherst” by William Luce. I’ve always been interested in the theater so why not give it a whirl? I try to make my own good times.

GAZETTE: You made news recently with the announcement of a deal with the streaming service Kanopy, which will make your films free to library card holders. A writer at Slate described the deal as the “cinephile equivalent of the Beatles arriving on iTunes.” What prompted this decision?

WISEMAN: (Laughs) I’m flattered by the comparison, as an admirer of the Beatles. Kanopy approached me and it sounded like a good arrangement. It’s a good way to reach the university and library market. Response has been positive, and I’m glad the films will be available to people who haven’t yet seen them. It’s in my interest to have the market as large as possible, not only because I want people to see the films, but this method of distribution is a source of income.

GAZETTE: “Ex Libris,” which came out last year, is the 41st film in a canon largely focused on institutions. What drew you to the New York Public Library?

WISEMAN: I really didn’t know much about what libraries in general were doing until I spent 12 weeks at the New York Public Library. I was amazed at the depth and levels of services offered. Some sequences in the film deal with their efforts to digitalize their collections of books, paintings, photographs, and various other archival collections. What moved me most was the library’s effort to reach the different communities they serve. The diversity, range, and variety of programs and services offered — after-school tutorial programs, computer training, language instruction for recent immigrants, to name a few — was extremely impressive. The library is the great democratic institution, and every aspect of their work illustrated that. Someone says in the film: “Our job is to help people.” They do, and in so many different ways. All races, ethnicities, and genders are welcome.

GAZETTE: What will you discuss in your Norton Lectures?

WISEMAN: I’ll be talking about how I work during the shooting, editing, and post-production phases.

GAZETTE: What is your editing process?

WISEMAN: In the filming, I just accumulate sequences. I find the structure and perspective in the editing. “Ex Libris” is three hours and 17 minutes in length. It took a year to edit. I have complete control over the content. Nobody sees the film until it’s finished.

GAZETTE: You have been making films for more than 50 years, and speaking on college campuses for nearly as long. What do you make of today’s generation of aspiring filmmakers?

WISEMAN: Sometimes I’m quite amazed at how little people have read or, when they show me their film proposals, how poorly they write. One way I make a living is giving talks at universities. It’s not uncommon that students haven’t read very much, and I don’t really understand that. I don’t know why they want to make movies if they are not familiar with the range of experiences and thoughts reading great writing can bring. How much can they have to say if they don’t have the experience of knowing how other people have written about our time or past times? The best training to become a filmmaker is to read the great poems, plays, and novels — not just study, but read and think deeply about them.

Tickets are available starting at noon the day of each lecture. For more information on dates and times in this year’s program, click here.