When Michael Van Valkenburgh looks across Harvard Yard, he sees trees such as honey locusts, hackberries, and red oaks thriving where American elms once stood. The Graduate School of Design professor helped create a master plan for the Yard’s landscape in the late 1980s, when scores of its trees were being wiped out by Dutch elm disease. His firm was enlisted to restore the Yard’s canopy in the early 1990s and in the 25 years since, it has continued to help guide new plantings. Contrasting photos of the Yard from before the restoration in the ’90s with photos taken from the same perspective today, Van Valkenburgh reflects on the evolution of an iconic space. 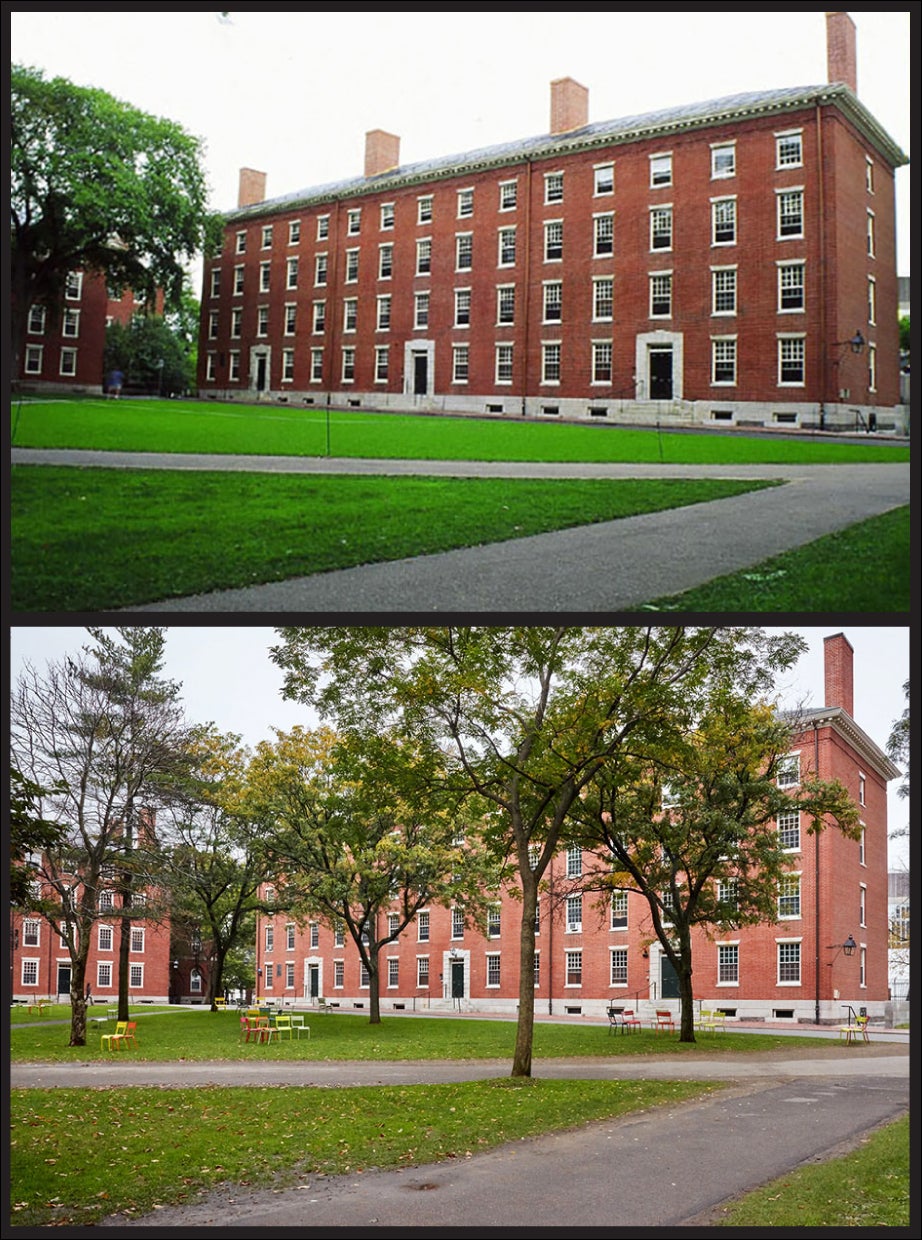 “The American elms that once stood in front of Holworthy Hall were decimated by the spread of Dutch elm disease. The alignment of the replanted trees closely approximates the Olmsted Brothers’ design from the early 20th century, the main difference being more than 20 different species of trees were planted.” 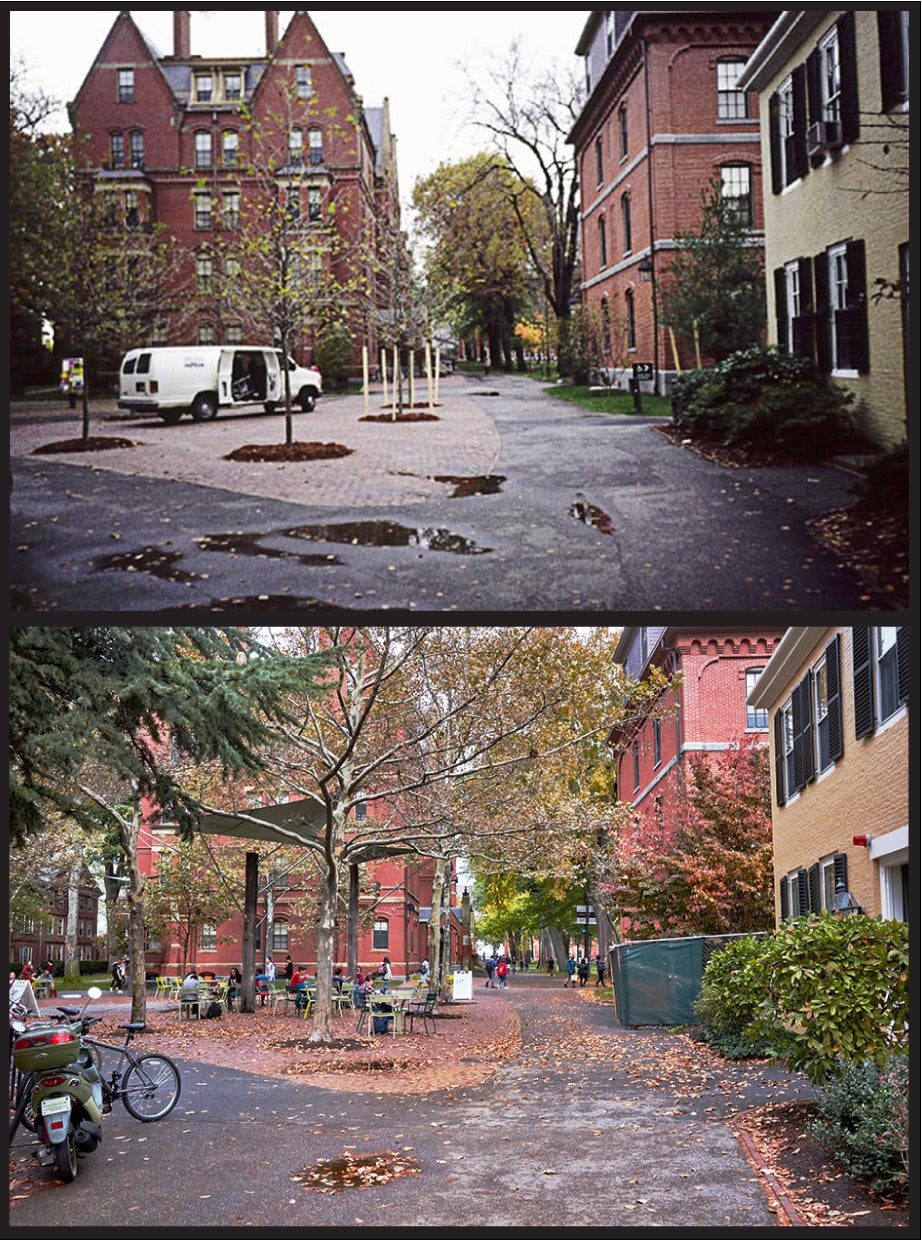 “A central grove of London plane trees defines the small plaza at the end of Matthews Hall with the introduction of other small trees at the periphery.” 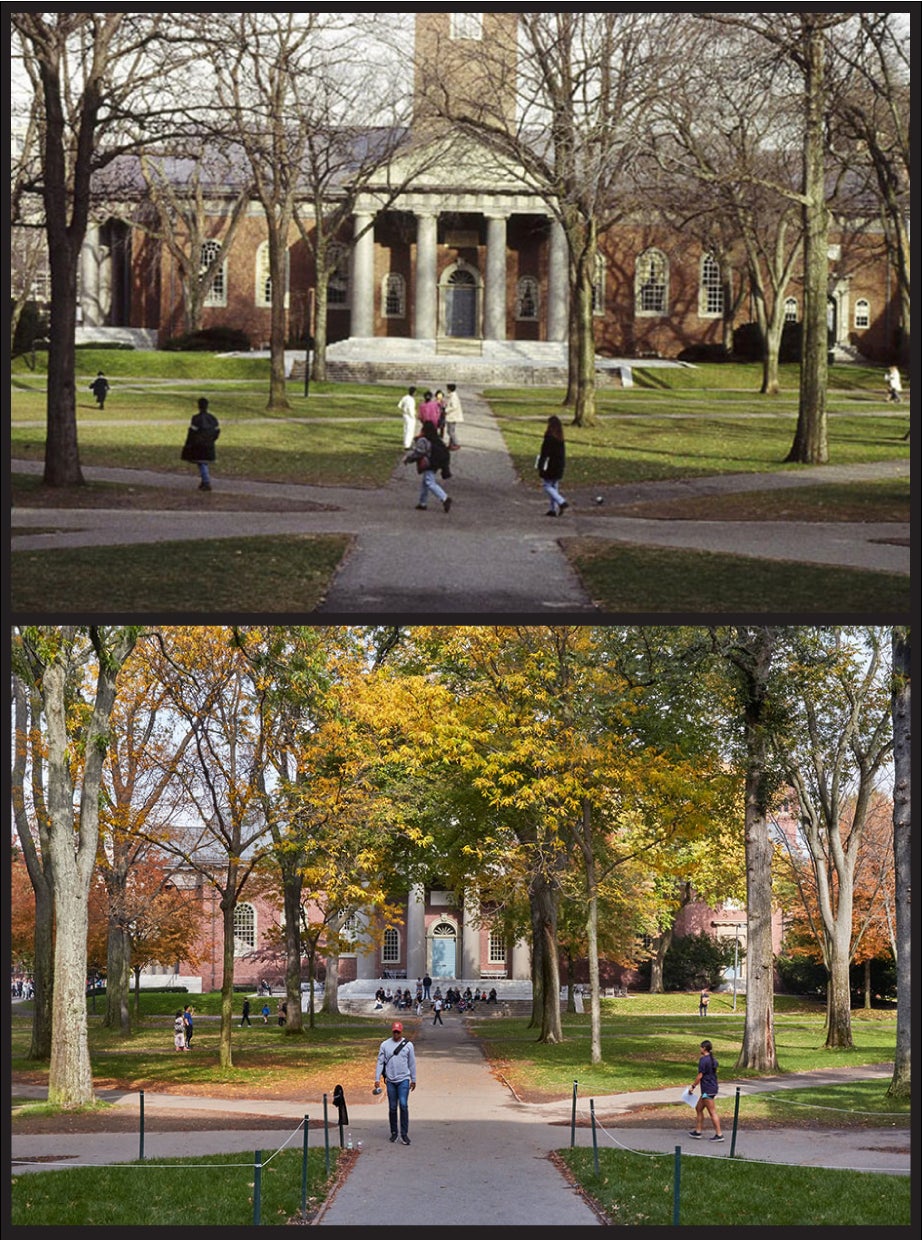 “Memorial Church and Widener Library are bound together by a web of pathways. Although the trees are irregularly spaced, there is an asymmetrical balance between the two sides. Among other trees planted here, the shade-loving yellowwood was introduced below some of the existing trees.” 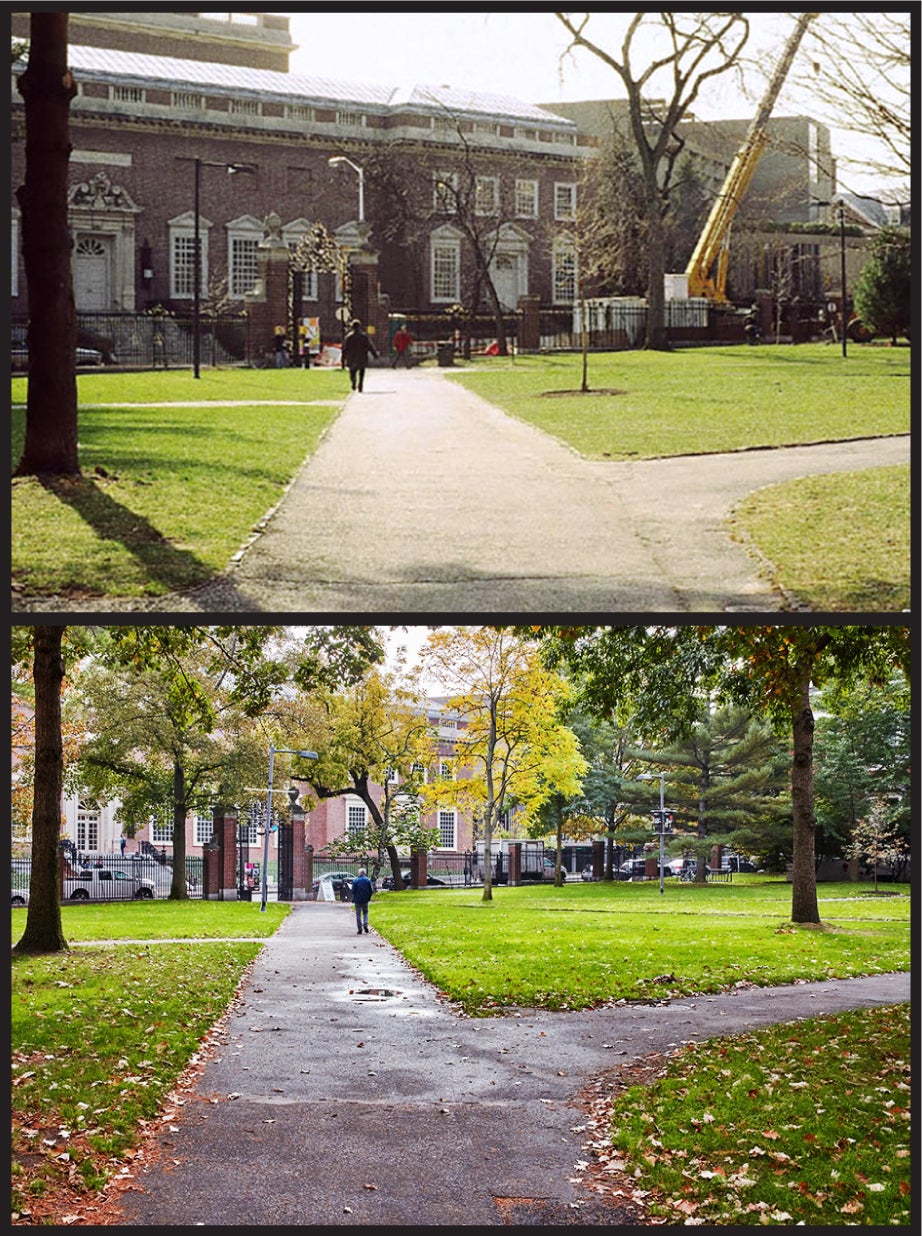 “Even though it is across Quincy Street, the Fogg Museum completes the fourth side of Sever Quadrangle. The trees planted in the area reflect the irregular pattern of prior planting.” 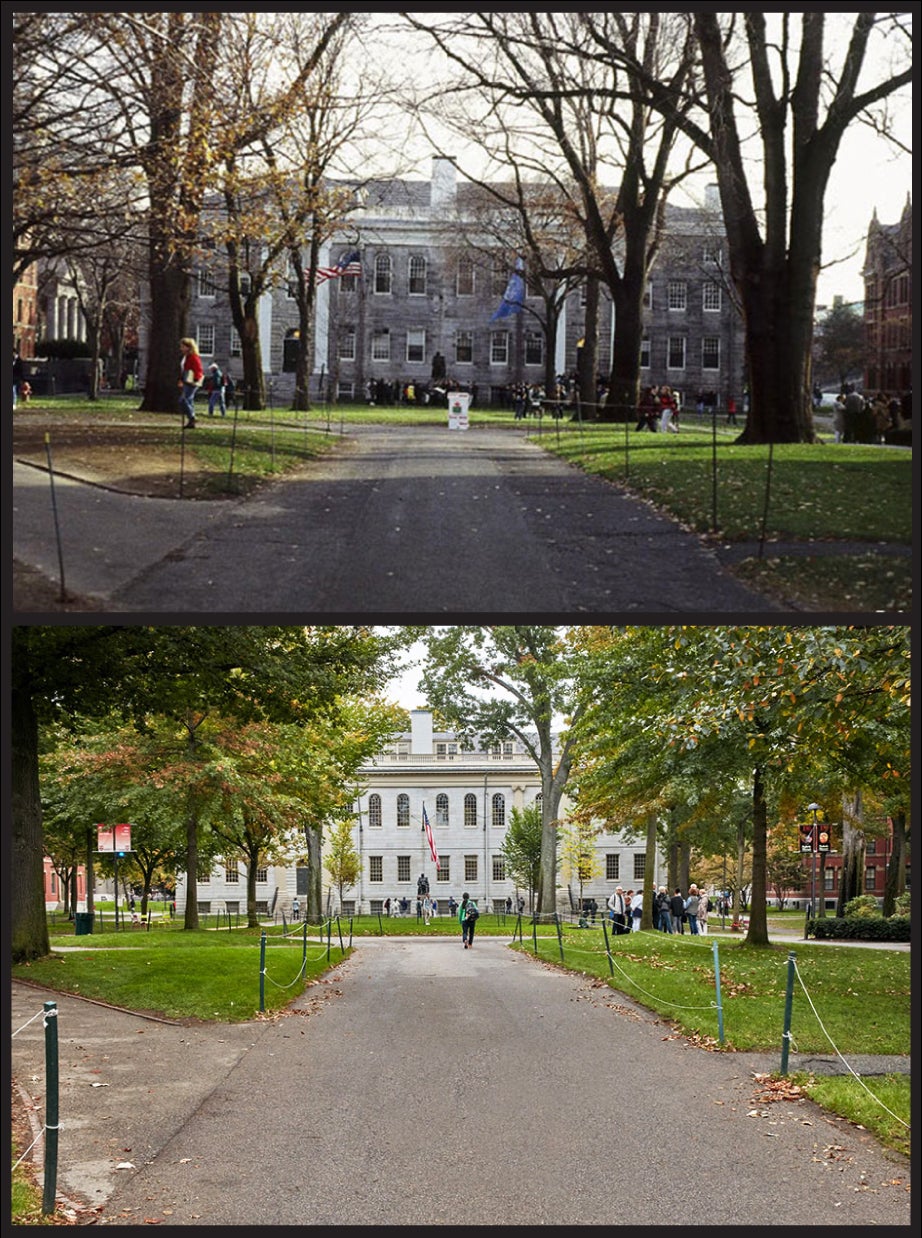 “The ‘before’ photograph from the early 1990s shows a number of American elms that were still surviving, but most are gone today. The replanting — a mix of oaks, hackberry, and disease-resistant elms — reinforces the focus on the John Harvard Statue.” 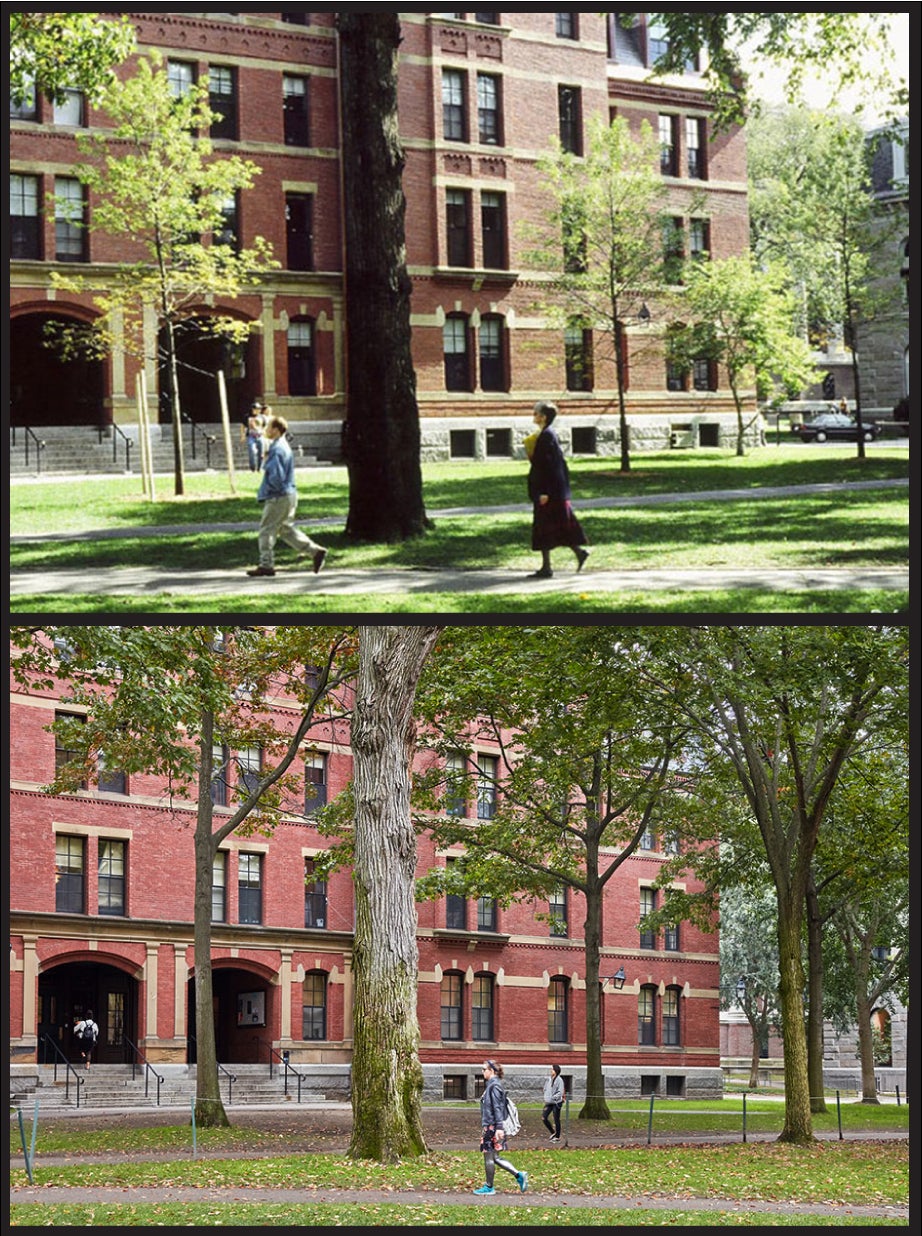 “The front of Weld Hall was depleted of trees by the early 1990s. A mix of oaks and ginkgos on the corner are part of a new palette of trees.” 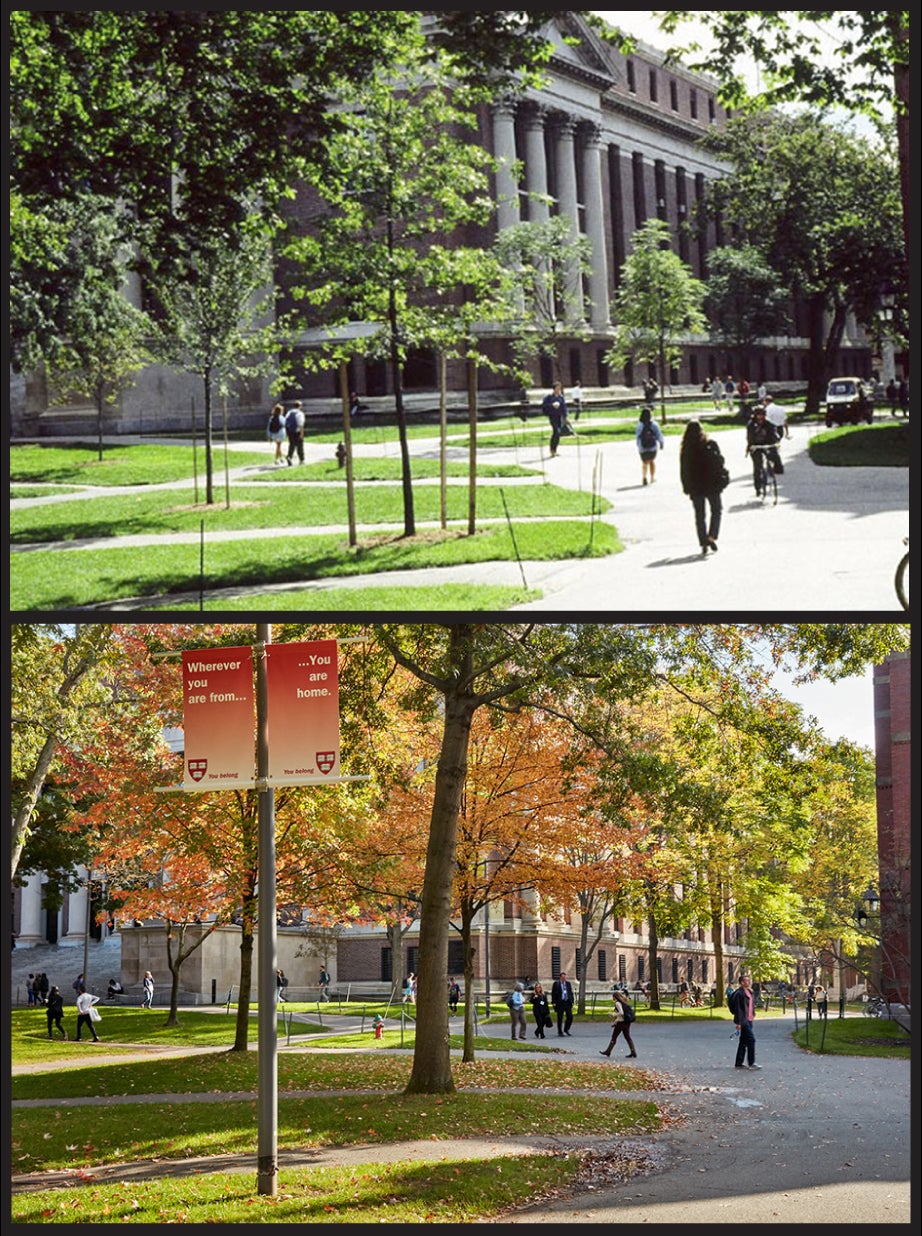 “The plantings between Widener Library and Weld Hall are some of the most vigorous of all the new additions. This area includes red maple, Kentucky coffee trees, and pin oaks.” 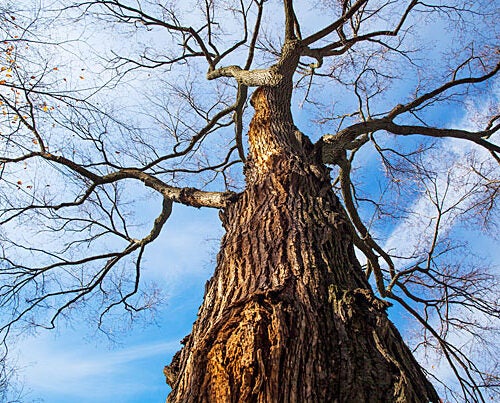 In the Yard, a changing of the guard