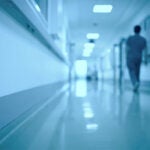 When the doctor’s away

Researchers whittled their way to answers

The network of factors behind height is becoming clearer, thanks to the work of Harvard scientists.

Led by Associate Professor of Human Evolutionary Biology Terence D. Capellini, a team of researchers discovered hundreds of genetic “switches” that influence height, and then performed functional tests that demonstrated precisely how one switch altered the function of a key gene involved in height differences. The study is described in a Dec. 5 paper in eLife.

“Large genome-wide association studies on upwards of 250,000 people found about 700 genetic regions associated with height,” Capellini said. “But within each region there could be many single DNA variants linked together, so there are potentially tens of thousands of variants spanning those regions. The question is: How do you whittle that number down to those specific variants that influence height?”

The first step, Capellini said, was to narrow the list of more than 60,000 genetic variants to those involved in the cartilage growth plates of bones. To do this, the researchers identified in the femurs of developing mice regions of DNA that acted as regulatory “switches” — that is, sequences that caused nearby genes to turn on or off.

Capellini and colleagues focused on areas in which the genome was “open,” or available for transcription, using a technique called ATAC-seq. However, that process identified every switch in the growth plate cartilage cell, many of which were not involved in bone growth but rather basic cellular processes. To separate the “general” switches from those related to bone growth — and thus likely height — the team performed the same test again on a different cell type, and identified sequences that were open in both.

“If we find a common sequence that’s open in a brain cell and in a cartilage cell, we can say it likely turns on some gene that may be important for cells to live,” Capellini said. “So we filtered those out, but we didn’t ignore them completely, because they may actually be important.

“While we first concentrated on the bone-specific switches, we know there are a lot of inputs to height — it’s about the length of our bones, but we also know hormones trigger height, malnutrition can impact height, among other inputs, so there may be general genetic factors that influence height.”

Capellini said researchers also performed a number of quality control tests to ensure that the switches they identified were actually involved in bone and cartilage development as well as height. Then, co-author Michael Guo was able to determine that only 900 of the 60,000 variants associated with height actually reside in on/off switches for bone.

To make sure that this process identified unique height signals, Capellini and colleagues performed additional analyses.

“We took genome-wide analyses from other studies that had nothing to do with height and looked to see if we saw the same signal, and we didn’t, which makes sense,” he said. “We also looked at switches from other cell types to see if these genetic variants appeared, and they didn’t. That really suggests to us that the signals we’re seeing are very strong. It’s not just a property of the genome or a property of identifying these switches.”

The team chose one on/off switch, associated with a gene known as chondroitin sulfate synthase 1, which plays a key role in how cartilage cells create the extracellular matrix that hardens into bone. In turn, the gene influences femur length in mice and humans.

“We did some tests to find out how this switch effects CHSY1 activity, and found that both versions — for taller height and shorter height — act as repressors on the gene,” Capellini said. “But surprisingly, the height-increasing variant isn’t as strong.”

To verify that the switch indeed acts in a repressive manner, researchers used CRISPR tools to entirely remove the switch or the variant from human cartilage cells, and saw a very strong increase in the expression of the gene.

Going forward, Capellini and colleagues hope to use high-throughput functional methods to understand the role each variant plays in human height, and to develop other methods to test all 60,000-plus variants in order to study height in a more unbiased manner.