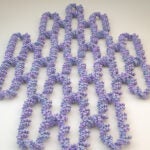 Scientists have long assumed that the sugars that nourish trees are pushed by water pressure from the leaves where they are created to the stems and roots where they are needed.

But how do taller trees accomplish that task, given the longer distances the nutrients must travel and the greater force that seems needed to transport them?

A nine-member team of scientists, mostly from Harvard, discovered an answer with a recent study whose findings could also help end a longstanding debate over the dynamics involved in sugar transport in trees. The study, whose results are detailed in the Dec. 4 issue of the journal “Nature Plants,” determined that the hydraulic resistance to moving sugar-rich sap downward from the leaves does not increase with the height of the tree as much as would be expected, because of physical features in the transport system.

They also found that “the pressures that develop in the leaves of a mature red oak tree are sufficient to drive transport of sugars all the way to the roots,” said Noel Michele Holbrook, a research team member who is a professor of biology and Charles Bullard Professor of Forestry in the Department of Organismic and Evolutionary Biology at Harvard.

“We now have evidence that all plants — both small and tall — use the same mechanism to transport sugars,” Holbrook said. “And we now understand how trees can get tall without running into transport limitations associated with their size. Our research answers a multidecade debate about how sugars are transported in trees.”

The study is an outgrowth of a collaboration begun in 2011 between Holbrook and Michael Knoblauch, a plant cell biologist from Washington State University. Knoblauch led the development of the instruments used in the research, while the measurements were largely done at Harvard.

In addition to Holbrook and Knoblauch, the project’s main contributors were Jessica Savage, a former Harvard postdoctoral student and Putnam Fellow at the Arnold Arboretum who is now an assistant professor at the University of Minnesota, and Kaare Jensen, a former Harvard postdoctoral student who is now an associate professor at the Danish Technical University in Copenhagen.

The research was conducted primarily at the Harvard Forest in Petersham, Mass., and at the Arnold Arboretum, much of it dating from Knoblauch’s stint as a Bullard Fellow at Harvard in 2013–14, according to Holbrook, who is on sabbatical at the University of Tasmania in Australia. Five other team members are current or former Ph.D. students or postdoctoral fellows at Harvard.

“We wanted to understand how trees overcome the hydraulic penalty of increasing size, the simple fact that it should take more energy to transport materials over longer distances,” Holbrook said. The team also wanted to determine if trees use the same transport mechanisms that smaller plants do.

Holbrook said that sugars generated in photosynthesis become concentrated in “phloem,” the plant tissue used to conduct them down from the tree canopy. The concentrated sugar draws in water by osmosis, building up positive turgor, or water pressure, within the cells. That in turn “drives the sugar-rich sap toward places where the sugars are being utilized.”

“The problem is that models suggested the hydraulic resistance for the transport of phloem sap would require very large pressure gradients in tall trees,” she said. That prompted debates over “whether this mechanism was sufficient to account for phloem transport in those trees.” Some scientists have suggested mechanisms exist to add energy along the pathway.

The research team took extensive measurements of the structure of the sugar-conducting tubes along the length of many trees, while also measuring the hydraulic resistance in these tubes.

“To sample the phloem, one of the most delicate and easily wounded tissues in the plant, we had to cut away the outer bark. In the big stems, we did this using a hammer and a chisel, not tools that we typically use in the lab,” Holbrook said. The team also measured the pressures in the leaves of a tall tree by using a fluorescent microscope they hoisted up into the tree canopy.

“We found that the resistance to moving the sugar-rich phloem sap does not increase linearly with the transport length because the phloem transport cells in the main stem, especially toward the base, were wider and longer and also had more porous ‘sieve plates,’” Holbrook said. “Thus, the pressures needed to drive phloem transport are much lower than had been predicted.”

She said the study findings have important implications for food production.

“The majority of food generated by photosynthesis moves through the phloem,” she said. “If there are ways to make plants more productive in terms of having higher photosynthesis, then they will also need the ability to transport those sugars to the tissues that we eat. Thus, understanding how plants make efficient transport systems could contribute toward the development of higher-yielding crops and more productive trees.”